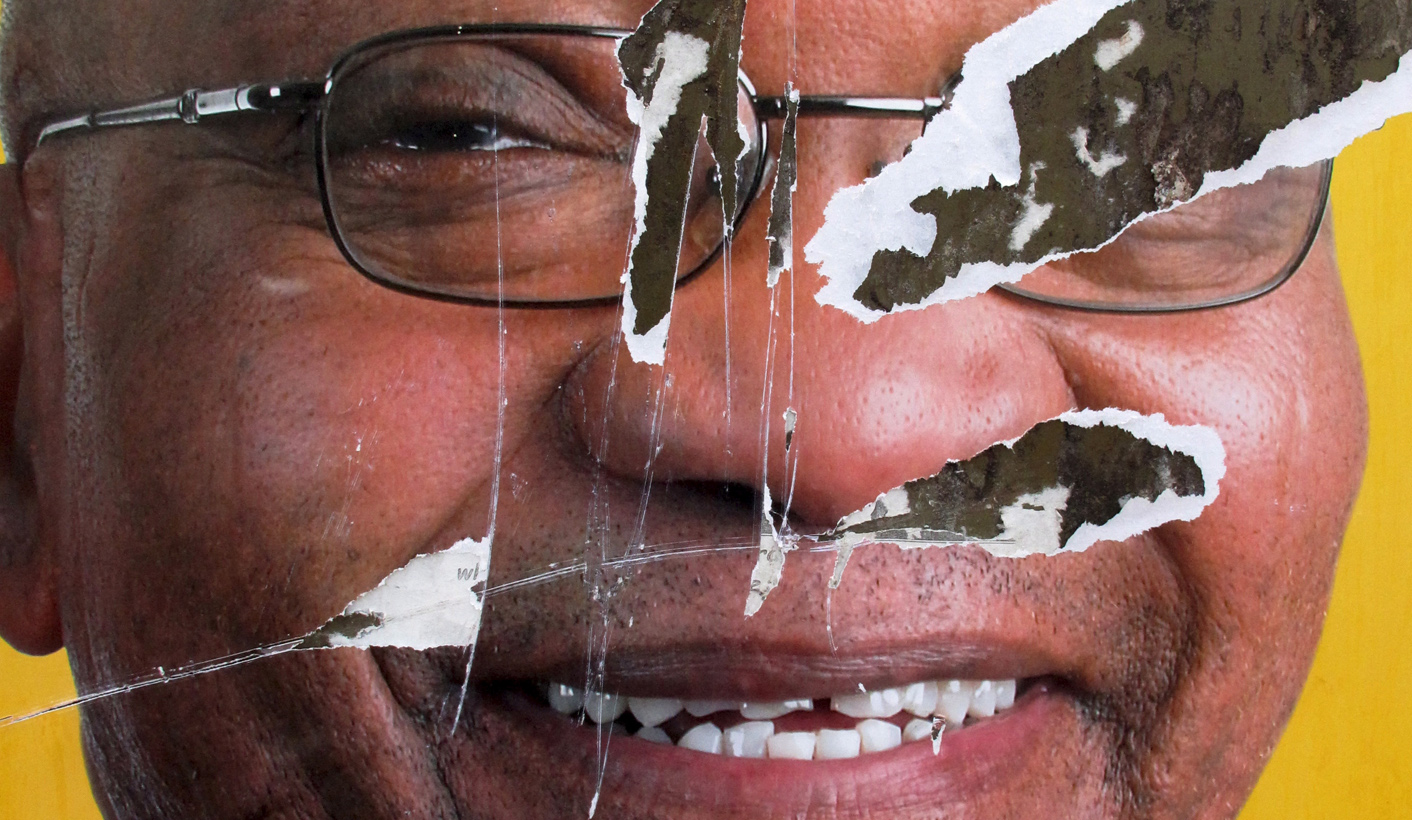 History will not be kind to Jacob Zuma’s nine-year tenure as president of South Africa. His rule has been bookended by scandal, capable of summary in a litany of damning nouns: Khwezi. Marikana. Nkandla. Eskom. The Guptas. And many more. As the country bids Zuma goodbye, the hope will be that his presidency marks the low watermark of post-apartheid South Africa. By REBECCA DAVIS.

In an interview in 2008, a year before Jacob Zuma became president of South Africa, he said: “I would prefer to leave after one term.”

Zuma continued: “Even if it is not one term, I think in the second term I should be able to begin the process of winding down. I would allow open debate, not make people guess what is going to happen in terms of succession.”

As with many aspects of Zuma’s presidency, none of these promises have come to pass.

The process whereby Zuma has finally left office has been as fraught with conflict and secrecy as that which saw him ascend to power as the man who toppled his predecessor Thabo Mbeki. As the old saying goes: What starts in chaos, ends in chaos.

With Zuma finally dethroned from the Union Buildings, a sense of relief is likely to be widespread. There will be relief not just that his presidency is over, but that it has not ended in open violence or even military intervention. This relief will be accompanied by requests, doubtless from the top ranks of the ANC, to treat the outgoing president with respect and honour.

But amid these protestations, it will be important not to lose sight of one thing: that Jacob Zuma has been the most disastrous of post-apartheid presidents.

It is telling that, as Zuma’s tenure dragged on, the rule of Thabo Mbeki began to be remembered by many with reverence and nostalgia. This despite the fact that Mbeki actively obstructed attempts to control the spread of HIV; that Mbeki’s insistence on “quiet diplomacy” in Zimbabwe plunged that country into an unstoppable downward spiral.

By the same token, the man who replaces Zuma as president of South Africa will have to do very little in order to be viewed as a superior statesman.

Zuma won his throne in 2009 with two shadows hanging over him: that of the rape charges brought against him by Fezekile “Khwezi” Kuzwayo, and that of the 783 counts of corruption dating back to the 1999 arms deal.

Both have lingered, and taken on heightened resonance as his presidency prevailed. In both cases Zuma’s supporters painted him as a man at the mercy of wider political forces, ignoring the fact that when it came to political scheming, there was nobody more skilled than Zuma himself.

There are facts and figures about the Zuma presidency which speak for themselves.

Under Zuma, economic growth has slowed, GDP has slumped, and unemployment has worsened. Income inequality among black South Africans has increased. State owned entities are on the brink of collapse. Total government debt is forecast to reach 55% of GDP this year. South Africa’s credit rating, which climbed steadily throughout the Mandela and Mbeki presidencies, has fallen to junk status among two out of three major ratings agencies.

The government has repeatedly blamed global economic forces beyond its control, but much of this has been avoidable. The #GuptaLeaks emails, and other investigations, have laid bare how state owned entities have been plundered under Zuma’s watch. Competent and experienced individuals have fled critical institutions like the South African Revenue Services and National Treasury out of disillusionment, or have been pushed out for refusing to play along with corruption.

Beyond this, Zuma has personally and directly caused economic havoc through his reckless firing and hiring of finance ministers, sending currency markets into disarray and denting investor confidence.

Under Zuma’s presidency, South Africa has gradually slid closer to a securocrat state, with a sinister uptick in rogue intelligence activities, smear campaigns, and surveillance of activists and political dissidents. Crackdowns on political protest have been ever more heavy-handed, and police brutality has sharply risen, most indelibly marked by the massacre at Marikana in 2013 which killed 34 striking miners.

The number of South Africans with no formal education has decreased under Zuma’s presidency, but the standard of that education has been repeatedly called into question – most recently in late 2017 with the shocking revelation that almost 80% of Grade 4 children cannot read.

The number of South African university students receiving financial aid has increased, but the failure of the Zuma administration to deal with student grievances in a timely and meaningful manner has thrown the higher education sector into disarray.

More South Africans now have access to social grants than ever before: a real achievement which has been heralded as contributing to a drop in overall poverty. But this success has to be read in tandem with the contempt shown to social grant recipients by the Department of Social Development in Zuma’s government, which has been willing to endanger their livelihoods through the pursuit of an illegal and invalid contract with the company distributing social grants.

When it comes to health, the picture has been more positive. The firm action on HIV that Zuma’s predecessor refused to take – notably, the roll-out of antiretroviral therapy – has seen life expectancy increase significantly.

Again, however, recent scandal has tempered this rosy outlook – in the shape of the Life Esidimeni fiasco which saw Zuma’s government preside over the avoidable deaths of more than 100 psychiatric patients.

Zuma’s personal conduct while president has been mottled by serious misconduct throughout: from failing to submit tax returns for his first years in office, to unlawfully expanding his private home on the taxpayer’s dime, to enabling criminal friends like the Guptas to exert untold influence over the running of state.

These are some of the tangible wrongs of the Zuma presidency; there are many more.

But there are also the intangibles, with which the country will continue to reckon for the foreseeable future.

Under Zuma, race relations and social polarisation have arguably reached their lowest ebb since the end of apartheid. There is widespread mistrust in state institutions, and a sense that the general social compact has drastically weakened. Faith in Zuma’s political party, the African National Congress, has been progressively eroded. While opposition parties may have seemed to gain from this in the short term, a general cynicism has infected the public response to the body politic – manifested in falling voter numbers.

The economic and political fall-out from the Zuma years can, with time and prudent governance, be addressed. But the social and psychological rot that has taken root will be harder to heal.

History will not be kind to the Zuma years, and for good reason. While South Africa breathes a sigh of relief at the ending of this era, it will be incumbent on its citizens and leaders not to forget its lessons – or repeat its mistakes. DM