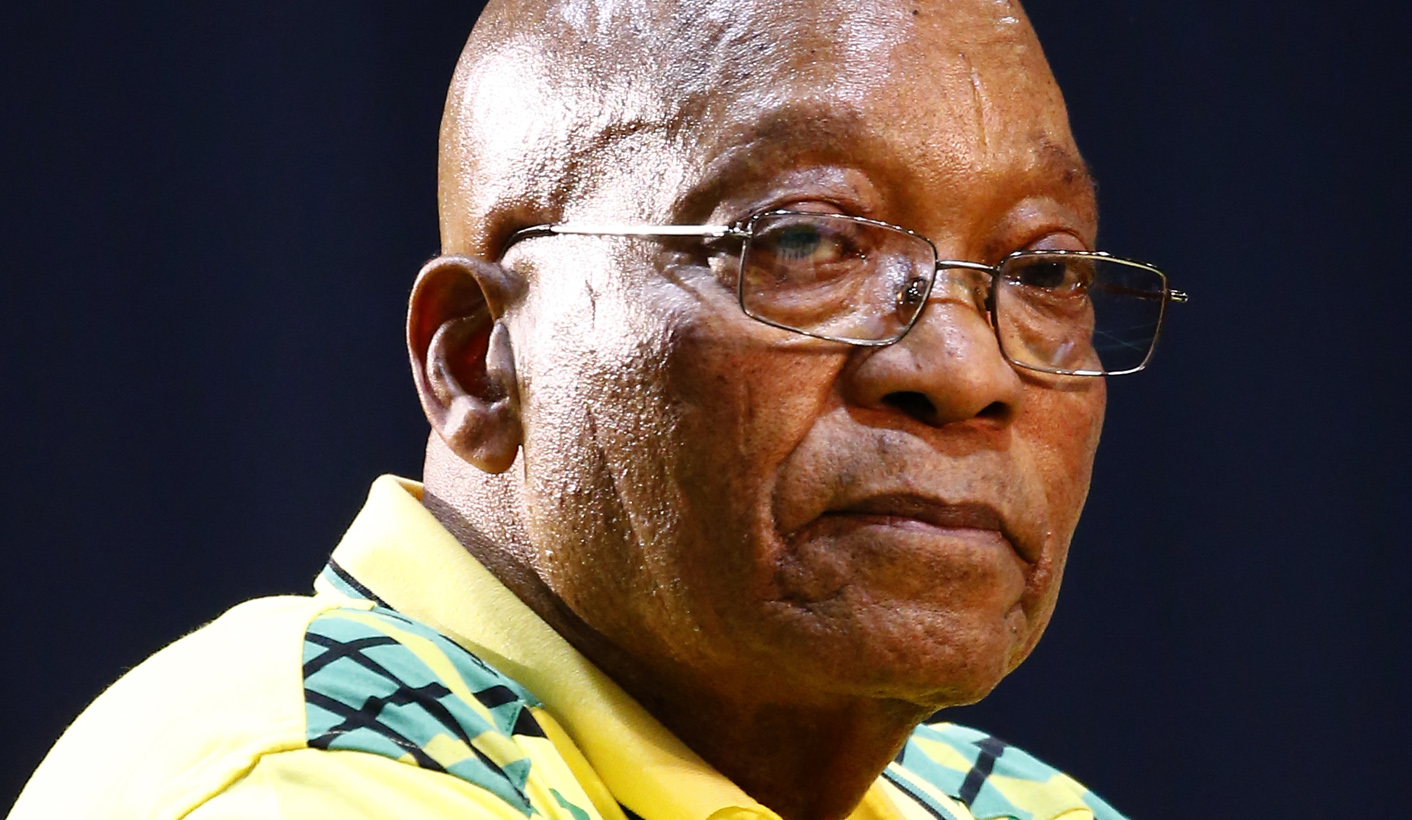 On Monday night, according to every available report, the ANC’s national executive committee (NEC) finally took the decision to recall Jacob Zuma from the South African Presidency. It’s understood that he has already been informed of this. But so far, no resignation has been forthcoming, with various reports suggesting he wanted a “three-month notice” period before resigning. It now appears the ANC might have to live the nightmare option, and that this will go straight through Parliament. By STEPHEN GROOTES.

Monday’s NEC meeting was always going to be either very short, in that there was no point in talking when everyone was of the same mind, or very long, as its members would have all wanted a say. In the end, it was the latter option. Business Day reported that Zuma had asked to remain in office a little longer so that he could “introduce” Deputy President Cyril Ramaphosa to international organisations such as the African Union and BRICS. An excuse almost as pathetic as Thabo Mbeki’s plea in 2008 to be allowed to remain because of an important Africa Diaspora Conference that was due to be held. In the end, the request was denied, obviously.

It is likely to be several hours yet before any confirmation of last night’s decision is given, or before the sort of secondary reports as the result of longer conversations with NEC sources come in. (Just as this article is going to be published, the ANC has announced an urgent press conference for 12 noon on Tuesday.) But every report so far is consistent that Ramaphosa and secretary general Ace Magashule left the meeting to personally tell Zuma to resign or face being recalled. He refused to resign, which led to the ultimate decision.

However, Zuma being Zuma, this is now far from the end of the matter. In public, he has resolutely refused to accept wrongdoing on his part. This is a man who has fought and battered his way to the top of public life, and managed to stay there despite the sometimes most incredible odds. Along the way he has created an almost parallel state, including his personal control over the National Prosecuting Authority and SARS. Through all of this, he himself has never been bothered by morality. Appeals to do what is best for the country, or for the ANC, are not going to work here.

This means that Ramaphosa might have to take the option he would have preferred to avoid, that of going to Parliament and removing him through a motion of no confidence. For the moment, the rules that would govern an impeachment process (which would send a stronger political signal) are not finalised. Obviously, the ANC, through its control of the National Assembly via Baleka Mbete, could bring its own motion and do it that way.

But the Economic Freedom Fighters (EFF) have demanded a motion of confidence today (Tuesday), threatening that if no response was received by 10am today it would go off to court (if EFF’s Dali Mpofu has time from his other legal task of defending Patricia de Lille). Curiously, Parliament did not give a specific answer last night to this request/threat. Instead it said it was still consulting with the Chief Whip of the governing party. This presumably leaves the door open to Ramaphosa to literally allow the EFF to bring their motion and get this all done on Tuesday.

It may well be humiliating for the ANC to have to vote in favour of a motion to remove its own President through the favour of an opposition party. But, considering that Zuma is going to use all the time available to him, it may be better in the longer run for Ramaphosa to take this option, rather than wait a few more days. The longer Zuma is in power the more time he has to burn documents, delete emails and hide evidence. There is also a greater risk of other announcements being made from the Presidency as a way of trying to buy political support. But simply, for the ANC, the sooner that this is done, the better. The national nightmare does need to end.

However, at the root of all of this lies the question of the discipline of the ANC caucus in the National Assembly. The real nightmare scenario for Ramaphosa is for several fervent supporters of Zuma, those with plenty to lose if he goes (including their freedom), to vote against the motion. Or even, horror of horrors, for them to argue in Parliament that he should remain. But this surely seems unlikely. Barring one or two desperate individuals, such as Des van Rooyen or Mosebenzi Zwane, party discipline should hold. This is because what is still the “new” NEC now has the political power. If it takes a decision to remove Zuma, then it would be very foolish for MPs to buck that power. To put it dryly, it would not be in their individual longer-term interests.

This then means that the chances are heavily in favour of Parliament removing Zuma through this vote. But there are other aspects to consider as well.

The Constitution’s language as to what happen in this case is very clear:

“If the National Assembly, by a vote supported by a majority of its members, passes a motion of no confidence in the President, the President and the other members of the Cabinet and any Deputy Ministers must resign.”

This means that after the vote, Zuma must resign. The more conspiratorial among us will then ask a simple question, what if he doesn’t? Zuma being Zuma, he may try to go to court on procedural grounds, and refuse to vacate office in the meantime. Parliament would probably go ahead with its election and elect a new president, leading to what could be a very difficult and tense stand-off. While Zuma could theoretically try this, in some ways it may not matter. You can only really function as president if people follow your orders. This would no longer happen. Zuma certainly would not be able to govern in any major way. And any decisions he took would surely not be legally valid. In other words, while it would require careful management, in the longer run, it wouldn’t matter. And the courts would rush this one through: finality on such a challenge would probably be received within a week.

In the meantime, all of Cabinet would be gone. Which could actually strengthen Ramaphosa’s hand, in that he would be able to appoint a new one. If Zuma resigns voluntarily, Ramaphosa would become president automatically and would then have to choose his own government. This option could actually be better from that point of view.

In so many ways, looking back on Zuma’s career as President, it is now obvious that a quick clean end to it all was always a pipe-dream. He has never done the right thing, he is not going to do it now. And in the end it was always going to be about power. That power, the power he used to hold, is now going to have to be used to literally scrape him off the power wall. In the end, while there may still be a feeling of jubilation among his many critics, he is going to do more damage to the organisation he used to profess to love, the ANC. DM