Tibet/South Africa Relations: A tale of two countries – trade and the voiceless 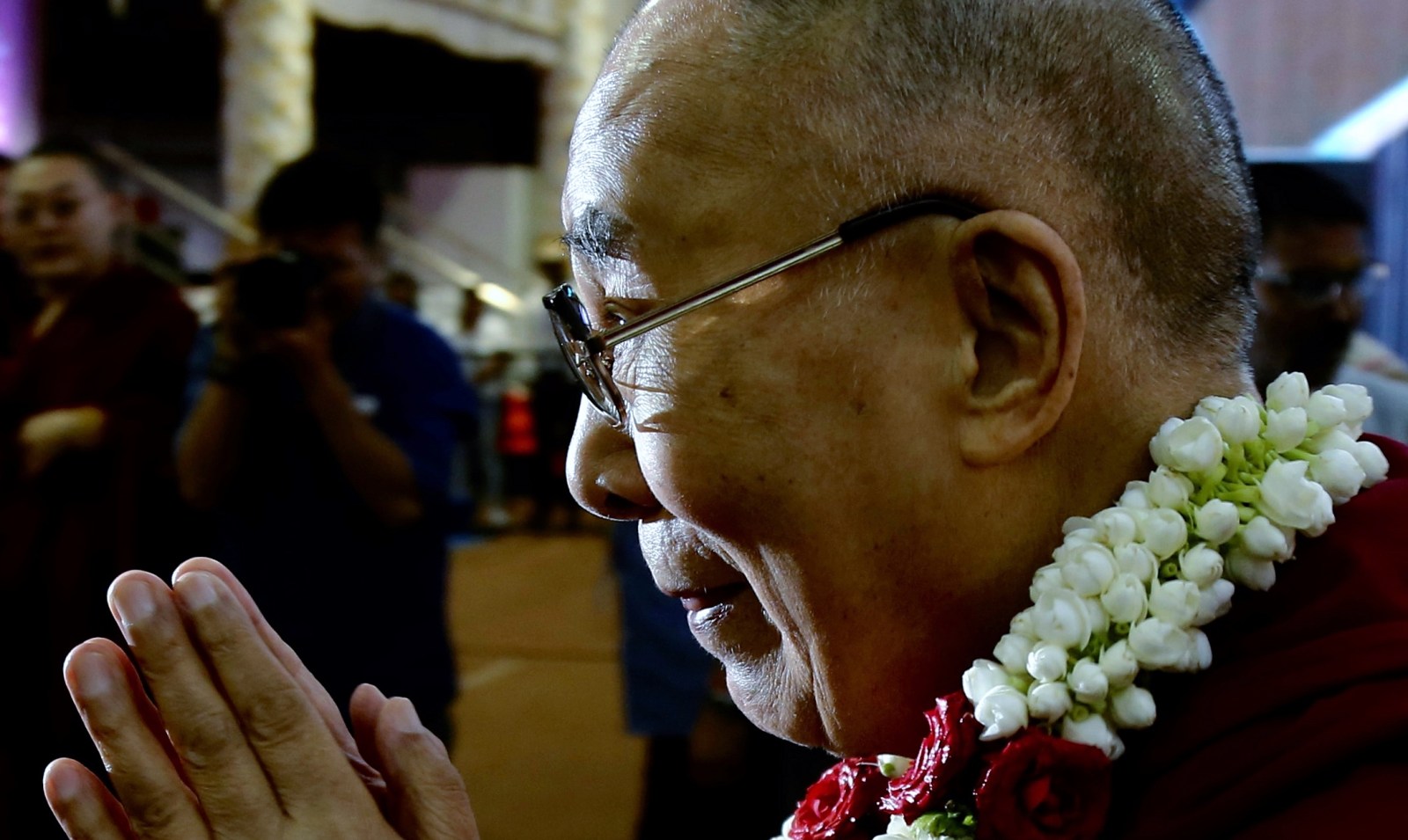 The China in South Africa story is the one that’s dominated. This is the story of big money and big influence. China has become South Africa’s largest trading partner over 20 years. In contrast, the story of Tibet is subdued, almost forgotten really. There are exactly three Tibetans living in South Africa currently and they have nothing in monetary terms or trade deals to offer. But the Tibet Office in Pretoria remains open and the Tibet story continues to be the thorn in the giant’s side. By UFRIEDA HO.

Only 10 days separate two significant diplomatic events of 1998. One cemented diplomatic relations between the People’s Republic of China and South Africa. The other saw the Office of Tibet registered as official agency of the Dalai Lama in Pretoria.

They’re partnerships South African has with two polar opposites. Over the past 20 years they’re relationships that have come to test South Africa’s value system, political savvy and courage, and the strength of our Constitution.

The China in South Africa story is the one that’s dominated. This is the story of big money and big influence. China has become South Africa’s largest trading partner over 20 years. It helped secure South Africa a seat at BRICS and in the last round of Focac (Forum on China Africa Co-operation) in December 2015 saw the signing of 26 agreements worth R94-billion for South Africa.

In contrast, the story of Tibet is subdued, almost forgotten really. There are exactly three Tibetans living in South Africa currently and they have nothing in monetary terms or trade deals to offer. But the Tibet Office in Pretoria remains open and the Tibet story continues to be the thorn in the giant’s side.

The Tibet Central Administration’s lone representative in Pretoria is Ngodup Dorjee. He runs affairs in a modest double-storey on the outskirts of Lyttleton. It’s one of only 11 official agencies in the world. He says: “This office exists not for Tibetans in the country but to advance the cause and raise awareness of Tibetans (about 160-000 who are in exile and about 7-million in Tibet itself).”

It was Nelson Mandela’s personal invitation to the Dalai Lama during the Tibetan spiritual leader’s visit to South Africa in 1996 that led to the establishment of the Office of Tibet two years later. In the archive footage of their meeting the Dalai Lama and Madiba are holding hands, laughing and receiving each other with affection.

Even in the Thabo Mbeki era the Dalai Lama was welcomed into South Africa. He paid visits to political and religious leaders across the spectrum, gave talks and did outreach work as “a simple monk”, as the Dalai Lama called himself during his visit.

“We were not surprised by the ruling party’s decision. We are seeing this stretch to the whole of Africa.The Dalai Lama’s planned trip to Botswana in August last year was cancelled with the official reason being that the 82-year-old spritual leader was exhausted. Unofficially though reports swirled that it was because of pressure from China.

“I think Africa has a lot to learn from the case of Tibet and China and to examine at its own relationship with China,” says Dorjee. Tibet has since China’s military campaign in the Battle of Chamdo in 1950 seen the independent nation reduced to one of China’s so-called autonomous regions.

Dorjee himself was born and grew up in Ladakh, India, the country that gave Dalai Lama refuge after he was exiled in 1959. He remembers his parents surviving as traders of salt, wool, yak meat, also the role of Buddhism and their devotion to the Dalai Lama. He’s never been able to enter Tibet.

He acknowledges that in the decades that have passed since 1950 that some things have improved in the rural rugged territories of Tibet. Tibetans have benefited from infrastructure and development. Such sweeteners though have come at a high cost for the people and the environment, he says.

Amnesty International’s China report for 2016/2017 slams China’s human rights record in Tibet stating: “Ethnic Tibetans continued to face discrimination and restrictions on their rights to freedom of religion and belief, expression, association and peaceful assembly” and “In July, the government began demolishing a large part of Larung Gar, reportedly the largest Tibetan Buddhist institute in the world (in Sichuan province)”.

It’s such trade-offs Dorjee warns of as the relationships between South Africa and China looks set to deepens beyond this year’s 20-year milestone.

Even though the Dalai Lama himself has repeatedly proposed a middle-way approach between Tibet and China, there have not been talks between the two since 2010.

Dorjee notes ironically that it’s in exile that the Dalai Lama has been able to spread Buddhist teachings to the West. He also gets the most media coverage through Chinese reactions to him or to Tibet’s activities in exile.

Today in South Africa, there’s a small but established number of societies and places of worship that promote religious and philosophical Tibetan Buddhist practices. Many now however, deliberately sidestep the issue of politics or choose silence, too scared to irritate the China who may breathe fire down the neck of South African government officials.

Tiptoeing around and appeasing the grumpy dragon has become the order of the day. Just this week Reuters reported that Mercedes Benz Asia was forced to remove an inspirational quote from the Dalai Lama in their #MondayMotivation campaign. They also had to apologise to China.

The visit to South Africa at the beginning of the month by Lobsang Sangay, the head of the Tibetan Administration in Exile, was immediately met with an outraged statement from the Chinese Embassy condemning the visit. They said Sangay’s visit was met with “furious opposition and rejection from the South African government”. The statement went on to call the visit an “ill intention to split China and to undercut China-SA relations” and said the visit would “undoubtedly discourage Chinese investors’ confidence in South Africa.” It ended with a call to South Africans to “unite in condemning and stopping the hostile forces that have viciously taken hostage (sic) the interests of the South African people”.

Local opposition parties have long openly supported the Dalai Lama. The Nelson Mandela Foundation supported the Dalai Lama’s attempts to visit South Africa. Archbishop Desmond Tutu though went further in 2014 condemning the government for its refusal of a visa, saying in a statement: “I am ashamed to call this lickspittle bunch my government” and adding “His (Mandela’s) own comrades have spat in his face” – as the gathering was for the 14th Summit of Nobel Peace Laureates, where laureates wanted to pay special tribute to Mandela who had died the December before. The event was cancelled in protest and solidarity with the Dalai Lama.

Regardless of the political bluster Dorjee’s continues his administrative work in South Africa as his predecessors have done for the last 20 years. In his Pretoria office there are portraits of the Dalai Lama with Nelson Mandela and with Tutu. On the coffee table, along with religious texts, newsletters and other literature is a copy of the South African Constitution.

It’s a sacred text of sorts for South Africans. It protects even a Tibetan in South Africa. It holds the shared ideals and rights of freedom of association, freedom of expression, freedom of religion, belief and opinion. For Dorjee it’s enough common ground to keep doing what he does at The Office of Tibet; to keep being a voice for the voiceless. DM