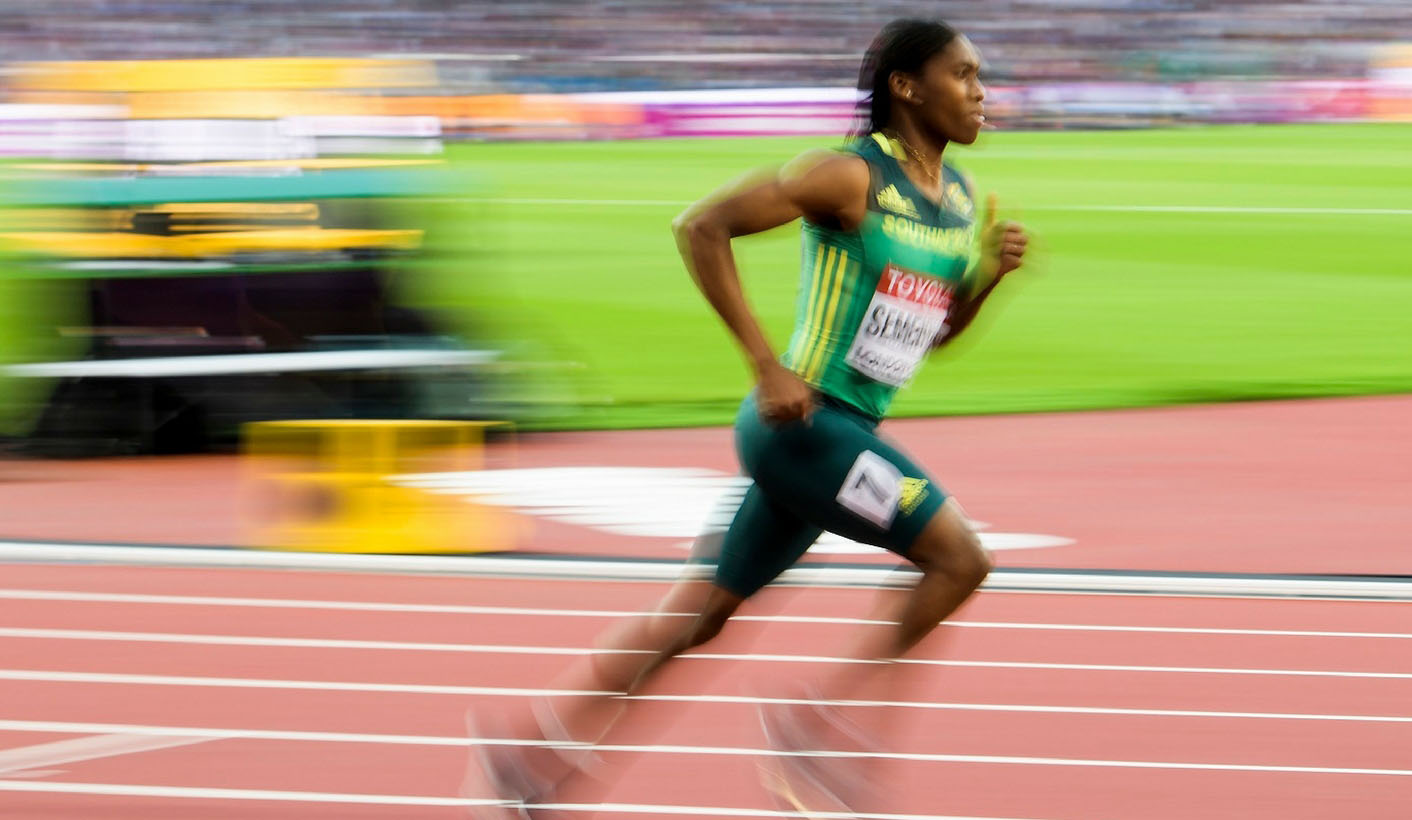 The public hearing into Sascoc’s alleged mismanagement got off to a fiery start on Monday with former Athletics South Africa board member, Laraine Lane, testifying that Caster Semenya did not sign any informed consent prior to invasive testing ahead of the 2009 World Championships in Berlin. By ANTOINETTE MULLER.

Laraine Lane, a former Athletics South Africa (ASA) board member, who was suspended by Sascoc for her part in the mishandling of the Caster Semenya saga in 2008, delivered a bombshell testimony on the opening day of the Minister Inquiry into Sascoc’s governing matters.

Among other things, Lane claims that Semenya did not sign informed consent related to sex testing prior to the World Championships in Berlin and said that Sascoc was “later complicit” in the mishandling of the situation.

Lane also said that it was Semenya’s decision to run at the World Championships in Berlin back in 2009, despite Dr Harold Adams telling her that he would “bandage part of her body” so that she could “pretend to be injured and withdraw”.

“She was told she would run. She told Madiba, whom she had a meeting with, she was going to win a medal for him,” Lane said.

Semenya was thrown into the spotlight as a young 18-year old after winning gold in the 800m at the World Championships. What followed as gross mismanagement and humiliation of an innocent young athlete.

ASA accused of using Semenya because “they needed medals”. During her testimony on Monday, though, Lane rebutted those claims.

“Caster had to run in Berlin. If she hadn’t she would have lost her sponsorship and scholarship and she might have had to return to a village in Limpopo. She would not have had access to the life she has had since then,” Lane said.

After Semenya won gold, local media reported that ASA had authorised sex tests prior to the World Championships and Lane was present to offer Semenya counselling. But Lane said no counselling was possible because the athlete was not aware what the tests she was sent for related to.

“The most important thing was when I got to her residence in Pretoria to see what the situation before I’d attempted any counselling, she made it clear that she had not signed informed consent,” Lane testified.

“Anyone doing anything like gender testing has got to sign informed consent to the testing. She had no idea what was going to happen to her. She told me she was going to have drug tests and therefore no counselling could possibly take place.”

Lane, who has been locked in several legal battles with Sascoc, had nothing but praise for Semenya’s handling of the issue.

“I absolutely admire her talent and her running. But nobody has given her credit for her unbelievable resilience and her amazing personality that as an 18-year old, she could go out and be pilloried by the IAAF,” Lane said.

Lane then took aim at the IAAF, accusing the sport’s governing body of treating “drug cheats” with more nuance.

“The IAAF afford drug cheats the most incredible respect and confidentiality. as an 18-year-old was splurged over every newspaper in the world, the most personal details about her. It’s diabolical,” said Lane.

She said that Sascoc later became complicit in the mistreatment of Semenya because it was them who told her she could not compete while sex testing was taking place.

“The IAAF said Semenya could run in the interim, Sascoc stopped her from running,” Lane said.

Lane also raised concerns about the manner in which her case was handled. She claims her communication to Sascoc was “ignored”.

“I never got one response from Gideon Sam or Sascoc after being advised in 2010 that I would face hearing,” Lane said during the hearing.

She said she was left in a “state of limbo” being told that she could not stand for office, coach or even communicate with athletes.

Now-sacked Sascoc CEO, Tubby Reddy, had previously said Lane was never banned by the Olympic body, stating it had no jurisdiction to prevent her from participating in athletics in her personal capacity, as per a report in The Citizen.

Lane also accused Sascoc of refusing to provide the Department of Sport and Recreation, the Public Protector and the Human Rights Commission with correspondence relating to her disciplinary matter.

She also raised concerns over possible conflict of interest involving Sascoc President Gideon Sam and other Sascoc board members who also sat on the Lotto Distribution board.