The Final Countdown: How should Zuma go? 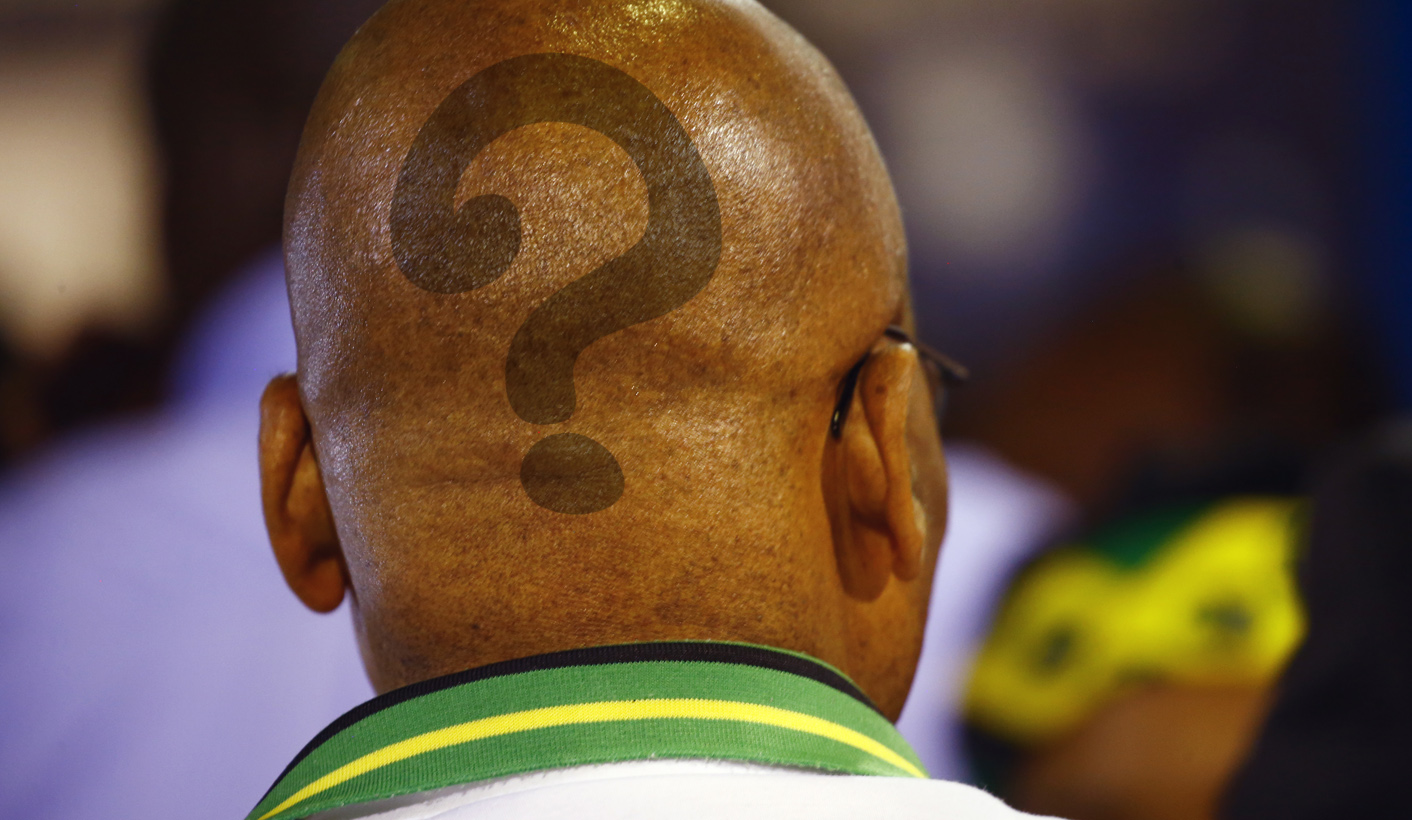 As South Africa holds its collective breath, the question in the ether is how President Jacob Zuma will at last leave power. Thursday brought few indications beyond a report –subsequently denied – that Deputy President Cyril Ramaphosa had told the ANC parliamentary caucus that he had not offered Zuma immunity from prosecution. As the final countdown ticks on, we canvassed some of South Africa’s other leaders and experts for their views on how the Zuma exit would ideally be managed. By REBECCA DAVIS and GREG NICOLSON.

Which circumstances around Zuma’s departure do you think would be best for the country, and why?

“It would be best for the country for Jacob Zuma to be impeached. His presidency has done great harm to South Africa, and it is essential for the proper functioning of any democracy that there is a clear link between actions and consequences for those elected. He should be impeached, face trial, and ideally spend his retirement in prison.” – Mmusi Maimane, DA leader

“The best is if he voluntarily resigns immediately. The reason is that investors want stability and certainty about the future before they will invest. SA needs investments to create jobs.” – Pieter Groenewald, FF+ leader

“Removal through a vote of no confidence. South Africa would regain its lost confidence from investors. Though I must warn you of a possible civil war, especially in KwaZulu-Natal.” – Dr Makhosi Khoza, former ANC MP and current African Democratic Change leader

“Zuma has consistently proven that he is unfit to hold office as president. His ongoing constitutional skirmishes and legal woes render him unfit, and clearly demonstrate his contemptuous disregard for the Constitution, his oath of office and the national interest. In these circumstances it would be most appropriate for Parliament to remove Zuma from office to signal, albeit belatedly, that adherence to the Constitution and the law is sacrosanct, and not merely optional. Parliament should exercise its constitutional responsibility through a motion of no confidence or impeachment process.” – Lawson Naidoo, Council for the Advancement of the South African Constitution

“We believe that a voluntary resignation will be best. The country needs to break away from the Zuma era and not be bogged down and continue dealing with the effects of an acrimonious Zuma removal. If he is dragged out of office, he can still create an unnecessary mess for the country. He has proven that he is desperate and like all desperate people he still has the capacity to create more damage and havoc even with limited powers. But if he holds the country to ransom, he should be impeached.” – Sizwe Pamla, Cosatu general secretary

“We take our mandate from the African National Congress. President Cyril Ramaphosa has spoken, there is a process. We should allow that process to be finalised.” – Kebby Maphatsoe, MKMVA leader

“The best way, the cleanest way, is for him to resign.” – Xhanti Payi, economist

Would a discussion of possible amnesty, immunity or other legal protection for Zuma be worth it in exchange for a peaceful and voluntary transition of power?

“Amnesty cannot be offered in advance of prosecution. Any amnesty would have to be defensible as rational. There are some grey areas with regard to ‘protection’ for Zuma. There should be no promises about how the investigating and prosecuting agencies will discharge their responsibilities. Indeed, any such promises would leave Ramaphosa and his team themselves vulnerable to censure or even prosecution. However, it is entirely up to the ANC to frame Zuma’s departure how it sees fit. If it sees him off as a liberation hero, and decides to defend and fund him, the ANC will pay heavy electoral costs. But this is their decision to take.” – Professor Anthony Butler, University of Cape Town Politics Department

“Amnesty is not in our Constitution. What is there is a pardon following a trial and a conviction. Any talk of amnesty is illegal and must be condemned.” – Zwelinzima Vavi, Saftu general secretary

“We can’t have these kinds of deals that will compromise governance and the rule of law.” – Xhanti Payi

How should we respond to the rumour that one of the conditions Zuma might propose around his exit would be for the state to continue paying his legal bills?

“Late last year the courts ordered Zuma to pay his own legal fees, because he is a frivolous litigant. He abuses legal process to achieve long delays. The state should not pay his legal bills any further, then we will see him face his charges far sooner.” – Mmusi Maimane

“The taxpayers cannot foot the bill of criminals.” – Pieter Groenewald

“Zuma has not only wasted vast sums of public funds in his quest to forestall serious criminal charges, he has abused the legal process and wasted the valuable time of the courts. He has deliberately conflated his personal interests with those of the state. If we continue to pay his legal bills we will be complicit in this abuse.” – Lawson Naidoo

“I think this issue needs to be clarified by state legal officers and then by the high court. It seems to me likely that [Zuma’s] interpretation (that the state should pay for legal costs related to what has happened while he was in government) is probably correct.” – Anthony Butler

What about the rumoured condition that Zuma would want a say in the composition of the next Cabinet?

“Definitely not. He cannot rule from the grave. Government positions should be about performance, effectiveness and impact.” – Makhosi Khoza

“If the [new] president wants to remove anybody, it’s his prerogative, obviously.” – Kebby Maphatsoe

“This cannot be guaranteed legally (this is a presidential prerogative) or politically. There is some scope for mutual advantage, however, because Ramaphosa may want a degree of continuity in advance of 2019. I suspect that a full Cabinet reshuffle will come after the national and provincial elections, not before.” – Anthony Butler

What do you think Zuma’s post-presidential future should look like?

“Jacob Zuma must retire in prison. And South Africa will hopefully have learnt an important lesson about democracy. No one forced Jacob Zuma on South Africa; he was elected, twice. Voters must realise the very serious consequences of the decisions they make at the ballot box, and never again elect such a person.” – Mmusi Maimane

“He should have his day in court as he had wished.” – Pieter Groenewald

“President Zuma should never have been elevated to that position in the first place. Worse, that despite clear identifiable problems in 2012 and 2014, the ANC and the majority in South Africa still gave him a second term. Some of us are guilty that we played a role to bring this disaster to the country. We can never say sorry enough. But then why did the ANC defend him so long? We are happy that it appears that his former supporters are deserting him now in droves.” – Zwelinzima Vavi

“He should go deal with his shenanigans and we as workers are not interested in his future. We want him held accountable and investigated for corruption. He will be remembered mostly for relentless partisan fighting, prolonged political gridlock, and damaging corruption scandals. The Zuma era was an era that challenged, rather than helped consolidate, South Africa’s young democracy and squandered most of the promise with which it began.” – Sizwe Pamla

“A dock in a court and then a prison cell.” – Lawson Naidoo