Inxeba: Wounding the Pride and Prejudice of Xhosa men? 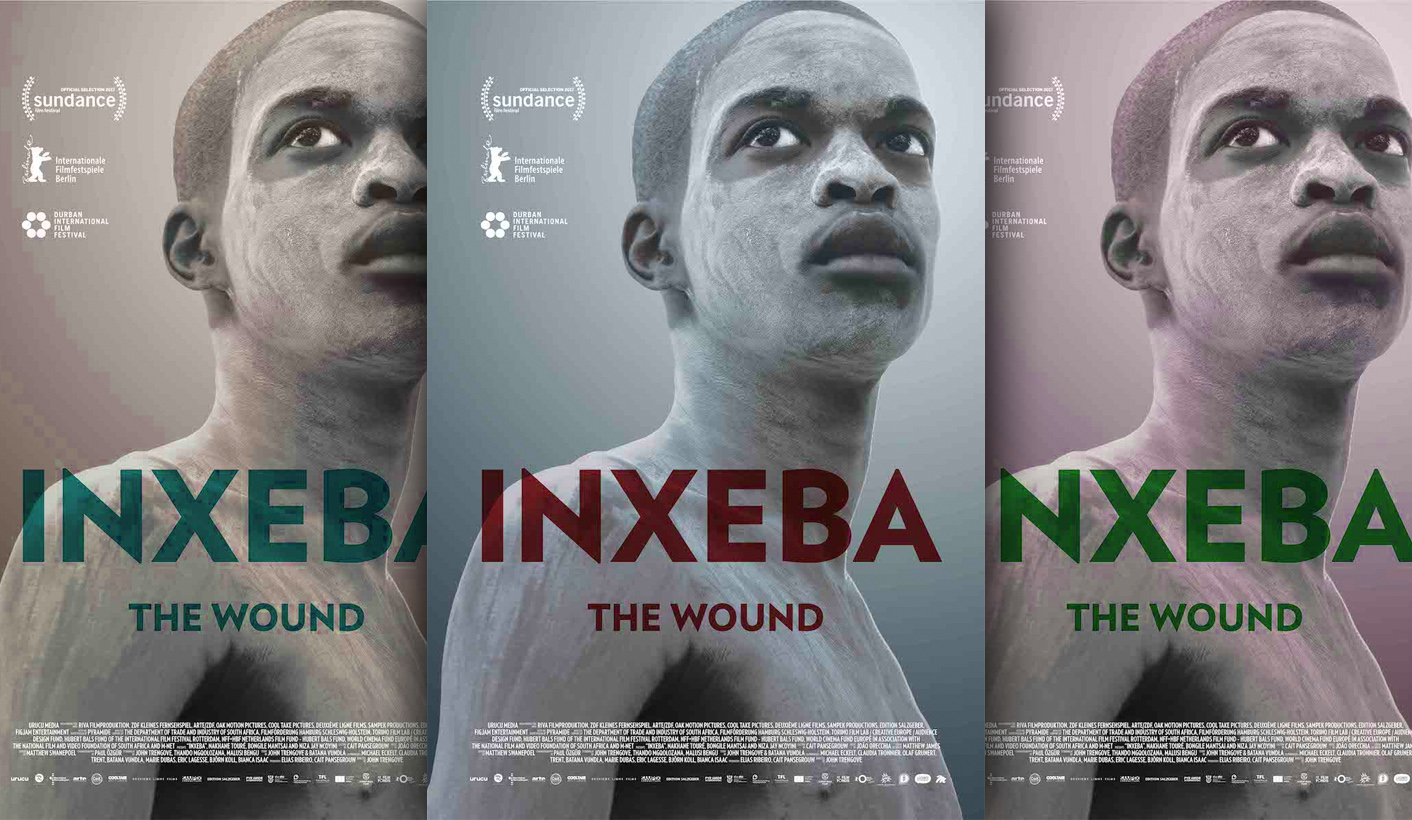 As the movie Inxeba (The Wound) stirs anger and inspires protest, South Africans question whether this rage, projected towards a film, is actually about protecting cultural values or whether a more insidious intent lies beneath the surface. By NKATEKO MABASA.

Barely a day into the release of the movie Inxeba (The Wound), cinemas across the Eastern Cape were forced to cancel screenings of the film and offer refunds to patrons who had bought tickets, as a result of protests, intimidation of employees and patrons, as well as damage to property.

Nu Metro has since cancelled all screenings countrywide, while Ster-Kinekor continues to show the film everywhere except the Eastern Cape.

The movie’s producers have filed a complaint with the Human Rights Commission over the threats of intimidation and violence met by the cast and cinema employees.

But it seems there was always going to be controversy surrounding the movie given that when the trailer was released in 2017, it received widespread criticism over it “allegedly” revealing the secret and sacred traditions of the Xhosa initiation ceremony.

Ulwaluko, a rite of passage for boys to become men, is a tradition that not only armours Xhosa males with a sense of duty and responsibility, but bonds together the youth, who are future fathers and elders of the community.

It is to these men that authority and power over the family will be handed over. And so these lessons are considered to be revered, and only for Xhosa men who go to the mountains and brave the elements.

Inxeba follows Xolani, an out-of-work factory worker who joins the men of his community in the Eastern Cape as they journey to the mountains to initiate a group of boys into manhood. A young city teenager who is also an initiate discovers Xolani’s secret homosexuality, while he tries to hide it to the rest of the group.

Identity is a prominent theme explored by the film as characters attempt to reconcile how they see and feel about themselves with the demands that family and community have over them.

On its release, movie houses, particularly in the Eastern Cape, became scenes of sit-ins and public demonstrations with the Congress of Traditional Leaders of South Africa (Contralesa) coming out in support of the protests, saying the movie disrespected the Xhosa culture by showing sacred customs that are done in the mountains.

The movie, according to Contralesa, infringes on their right to the protection of this culture, enshrined in the Constitution of South Africa.

Contralea’s Gauteng Chairman, Prince Manene Tabane, told Mail and Guardian , “We are being embarrassed. The things that are being shown there is not what is happening in the mountain. It is disgusting and disrespectful of our cultural practices.”

Politically Aweh, a youth news show, sought reaction from audiences after a film screening in Cape Town, with one participant saying: “I felt that, oh my goodness, this is my story, it’s been told. What does it mean to be queer and also be an active participant in our culture?”

The younger generation of Xhosa men speaking to the news show were eager to “break the silence” around the dangers of initiation and deep scaring of such an experience.

Internationally, the movie has done well. It has garnered 19 awards at 44 festivals across the globe and has numerous local awards nominations. For this year’s South African Film and Television Awards (Safta) it received eight nominations, including Best Actor, Best Directing and Best Film. It was also short-listed for an Oscar in the Best Foreign Language Film category.

The movie’s origin and subsequent reception harkens back to the movie Brokeback Mountain. When acclaimed movie director Ang Lee read the short story, published by The New Yorker and written by Annie Proulx, about cowboys who fall in love in the mountains while herding sheep, he felt he had to make the film. In a similar fashion when Inxeba director John Trengove read A Man Who is Not a Man, a novel by Thando Mgqolozana, which deals with the Xhosa initiation ceremony, he too had to bring the story to the big screen.

Though not an adaptation of the book, Trengove, Mgqolozana and Malusi Bengu worked on a script that would explore and depict different forms of male masculinity and the bonds that this rite of passage forms. For their efforts, the Xhosa writers have been renounced as opportunists and sell-outs.

“I was interested in what happens when groups of men come together and organise themselves outside of society and the codes of their everyday lives. I wanted to show the intense emotional and physical exchanges that are possible in these spaces and how repressing strong feelings leads to a kind of toxicity and violence,” said Trengove.

And, much like Brokeback Mountain, Inxeba uses a conservative space as a backdrop in exploring male homosexual relationships. The American western style and the culture of being cowboys is seen as a man’s game, used to teach boys about patriotic values and manly behaviour. So too does the Xhosa ulwaluko serve a similar purpose – a rite of passage where young men are taught how to be men.

“Inxeba is not the first piece of work to speak about initiation and I’m certain it won’t be the last,” Trengove said as a response to critics about exposing secrets of the ceremony. Many have cited Nelson Mandela’s Long Walk to Freedom as an example of another work that exposed more about the initiation tradition than the movie.

One then has to wonder whether this public outcry is not a backlash over showing a gay love story in the context of a conservative Xhosa community.

The South African Institute of Race Relations released a report in November 2017 analysing the frequency with which members of the LGBT community are met with violence. The report showed that the Eastern Cape, which has a predominantly Xhosa population, was ranked as the top province where violence against LGBT people is most prevalent. With a 15% average, it more than doubled the 7% national average.

Bafana Khumalo, communications and strategic information manager at Sonke Gender Justice, believes those who have a problem with the movie are people who have not seen it but have been told a certain narrative by those with hidden agendas.

“The people who are pushing this agenda have an issue with sexual diversity and they use this line to hype the emotion of people, and many are falling into it,” he said.

“The gatekeepers,” according to Khumalo, “want to control what people can or cannot see. As the Sonke Gender Justice we believe this movie must just be shown so people can make up their own mind… people who have seen it appreciate it as a love story.”

Could this movie be seen as a perceived threat to the conservative cultural values that have guaranteed privilege to a certain group that is now feeling powerless? Is there a balance between protecting cultural practices that may seem oppressive to some and the freedom of speech that may infringe on the other’s rights? It is a conundrum worthy of the Constitutional Court’s attention. DM