Gender-Based Violence: ANC all talk and no action 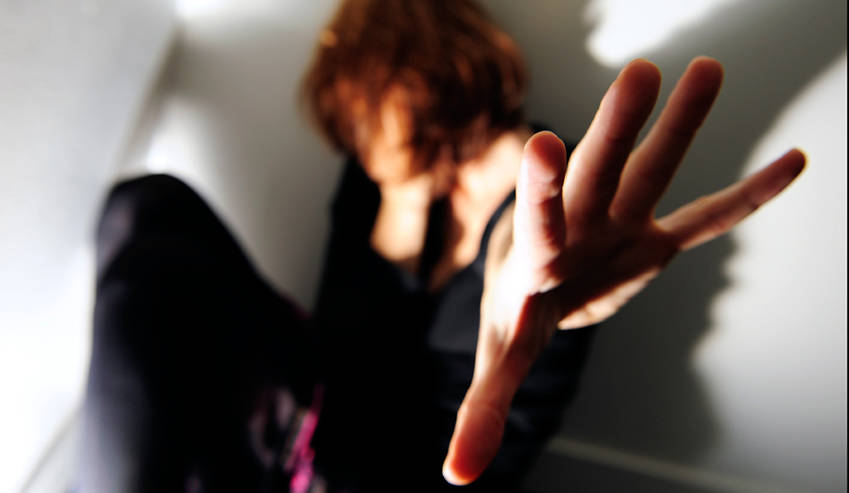 On Monday a shocking incident occurred at the African National Congress’s Luthuli House headquarters. A woman was assaulted and repeatedly kicked. An ANC councillor was allegedly responsible. The incident has highlighted the ANC’s nonchalance and failure to decisively deal with gender-based violence within its ranks. By BHEKI C. SIMELANE.

On Monday, ANC branch secretary in inner city Johannesburg zone 12, Thabang Setona, allegedly assaulted a woman by repeatedly kicking her during a confrontation at the ANC headquarters, Luthuli House. The woman was yanked off a truck during a confrontation between the so-called #DefendLuthuliHouse campaign and Black First Land First (BLF) supporters over President Jacob Zuma’s tenure.

The attack happened in full view of journalists and police.

The truck in which the woman and her husband were travelling was attacked as it went past Luthuli House where the #DefendLuthuliHouse supporters were waiting. The woman was repeatedly kicked while she squirmed in agony in the road.

The psychological effects of gender-based violence as produced by the Centre for the Study of Violence and Reconciliation (CSVR) include:

Femicide was also common, characterised by the murder of a female partner by an intimate male partner.

In 2012, a study conducted by Gender Links found that 77% of women in Limpopo, 51% in Gauteng, 45% in the Western Cape and 36% in KwaZulu-Natal had experienced some form of gender-based violence (Gender Links 2012). Men were the main perpetrators of this violence. For example, 76% of men in Gauteng, 48% in Limpopo and 41% in KwaZulu-Natal admitted to perpetrating gender-based violence.

But despite the statistics, and politically correct rhetoric by the ruling ANC, there are scant indications that the party is genuinely committed to the fight against gender-based violence.

“I don’t recall us keeping records of ANC perpetrators of gender-based violence, unless they have been reported. Many of these cases are never reported so we never really get to know about them. These are issues that are normally taken care of by law enforcement agencies,” the ANC’s Sam Mutalitali Modiba said.

The ANC’s Jolidee Matongo, a branch secretary in the Johannesburg region, said the only case they were aware of was that of Patrick Wisani. Wisani was in 2016 found guilty of the murder of his girlfriend Nosipho Mandleleni.

Wisani was the chairperson of an ANC youth branch in the inner Johannesburg area. Media reports also suggest that Wisani was friends with Setona, the perpetrator of the recent violence against the woman assaulted near Luthuli House. “The reason we don’t keep records of perpetrators is because it’s difficult to track all members involved in these crimes,” Matongo said.

Apart from the legal process, there were no internal ANC disciplinary processes initiated against Wisani, other than the ANC saying that domestic violence will not be tolerated in its ranks.

Former Deputy Minister of Higher Education Mduduzi Manana remains an ANC NEC member despite admitting that he assaulted women at a nightclub in Johannesburg. No internal ANC processes were initiated against Manana.

All these factors point to the ANC’s reluctance to discipline its members. All Manana did was apologise to the women.

KwaZulu-Natal, which has a greater number of ANC supporters, could not state whether they kept records of members who have been caught up in gender-based violence. The province’s disciplinary structures refused to comment on the matter and referred any requests for comment to ANC KZN Chairperson Sihle Zikalala or KZN ANC convenor Mike Mabuyakhulu.

A regional member who did not want to be identified told Daily Maverick that these matters are generally dealt with by law enforcement agencies and the party did not institute internal disciplinary measures against members.

“Besides, the reason why it’s difficult for us to keep records of our members involved in GBV cases is because it’s almost impossible to track every ANC member involved in such,” the KZN regional disciplinary committee member said.

Opposition parties said that the ANC’s policies were a complete failure as gender-based violence in the country was on the increase.

Various ANC structures weighed in on the assault of the woman at Luthuli House, including the ANC Women’s League.

The league called for those assaulted on Monday to lay civil claims against the organisers of the #DefendLuthuliHouse campaign.

“All of them must face the full might of the law,” read the statement by the ANC Women’s League, which has been an ally of Zuma throughout his rape trial in which he was acquitted.

The ANC also condemned the incident. “The ANC condemns in the strongest possible terms the assault of protesters by a grouping outside the ANC headquarters, Chief Albert Luthuli House… The ANC calls upon all law enforcement agencies to act without fear or favour to bring the perpetrators to book. Should these perpetrators be found to be members of the ANC, the relevant structures must, without delay, institute disciplinary proceedings against them.”

It remains to be seen whether Setona will be subjected to the party’s disciplinary procedures. DM

Photo: Violence against women, we can stop it! Photo: European Parliament/Pietro Naj-Oleari