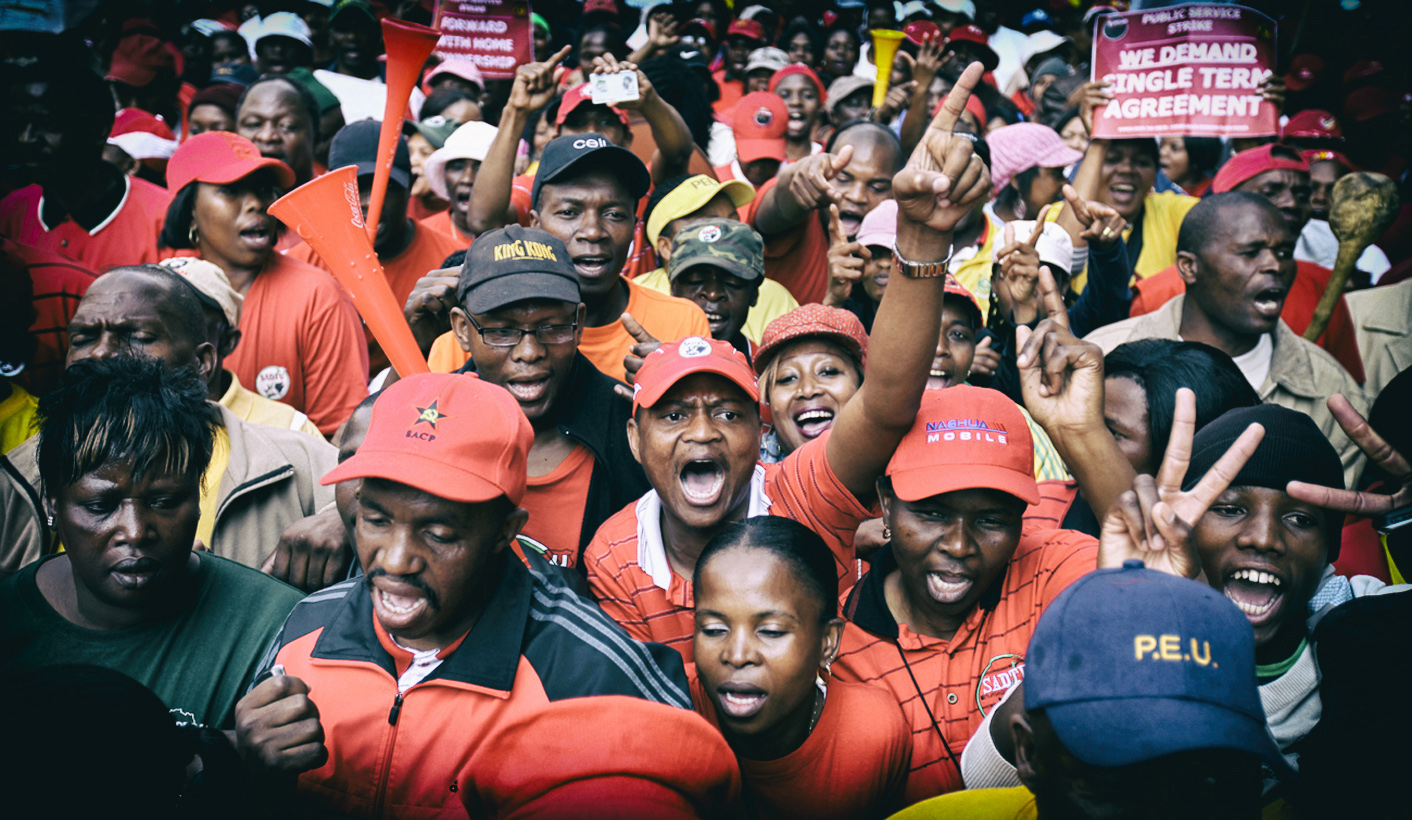 While below the working poverty line of approximately R4,750 per month, the National Minimum Wage will raise wages for about [one third] of the formal sector workforce, the published bill has serious shortcomings that threaten to undermine the national minimum wage’s role in combating poverty and inequality. By GILAD ISAACS.

In November 2017, the Department of Labour released the much-anticipated National Minimum Wage Bill that will institute, from 1 May 2018, a national minimum wage of R20 per hour, approximately R3,900 a month for a 45-hour workweek.

While below the working poverty line of approximately R4,750 per month, the national minimum wage will raise wages for about one third of the formal sector workforce. Arguably this makes the National Minimum Wage Bill the most important piece of labour market legislation since the current labour relations regime was put in place in the 1990s and government is to be congratulated for this important intervention.

Nevertheless, the published bill has serious shortcomings that threaten to undermine the national minimum wage’s role in combating poverty and inequality. Five of these, drawn from the Wits University National Minimum Wage Research Initiative’s (NMW-RI) detailed submission, are given here.

The definition of “worker” is not fully inclusive

As mundane as quibbling over definitions may seem, this really matters.

In the current National Minimum Wage Bill “worker” excludes “independent contractors”, those that perform task-based work, piecework, home-based work, sub-contracting and contract work. This is because “worker” is defined with reference to the definition of “employee” in the BCEA.

These independent contractors – who can range from Uber drivers to shoemakers – are therefore not guaranteed the national minimum wage.

This decision bucks local and international best practice. The International Labour Organisation, Deputy President Ramaphosa’s Expert Panel, Dr Shane Godfrey at UCT and the National Minimum Wage Research Initiative (NMW-RI) all argue for the inclusion of independent contractors. They are also currently included under some existing South African minimum wage regulations, and recent legal battles, for example in the UK, have mandated their inclusion under other country’s national minimum wages. It is possible that their exclusion locally violates the Constitutional provision that “[e]veryone … has the right to equal protection and benefit of the law”.

Our recommendation: a broader definition of worker to include independent contractors must be adopted.

Update: a 31 January 2018 Department of Labour statement noted that the definition of worker contained in the Bill was a mistake; we await the amended version.

Sectoral determinations will disappear over time

Sectoral determination, like bargaining council agreements, do not only set one minimum wage. Rather, they often include a series of minimum wages for different job categories as well as sector specific regulations. The wholesale and retail sector sectoral determinations, for example, has 15 job categories ranging from “general assistant/trolley collector” to “manager”; currently 10 of these are set above R20 per hour.

While the national minimum wage should create a single wage floor, there is no reason to do away with the ability to create and update sectoral determinations with wage tiers above this level and sector-specific regulations. Increases to these levels should take account of sector-specific conditions and the fact that the new wage floor will lead to demands to bump up wage levels close to it. Tools for the proactive closing of wage differentials in South Africa should not be tossed aside.

The creation of bargaining councils in these sectors is important. However, to think that within three years viable bargaining structures will be set up for all of the 46%, or almost five million, lower-wage workers covered by sectoral determinations and the 22%, or around 2.5 million uncovered lower-wage workers, is foolhardy. The original motivation for sectoral determinations – poorly organised sectors with high numbers of vulnerable workers – will not disappear easily. Even if the Department of Labour thinks this is possible, there is no reason not to give the National Minimum Wage Commission the powers to create and manage sectoral determinations in case reality falls short of ambition.

Recommendation: The National Minimum Wage Commission should be tasked with updating these sectoral determinations on an ongoing basis and vested with the previous powers of the Employment Conditions Commission.

No guaranteed annual increase and a vague medium-term target

Recommendation: The National Minimum Wage Bill must ensure, at minimum, an annual increase in line with inflation as faced by the poor, as well as specify that the medium-term target provides a goal – set in relation to internationally accepted benchmarks – towards which the national minimum wage must be progressively increased over a set period of time.

Not enough protection for vulnerable and part-time workers

The NMW-RI has consistently argued that special care must be taken to protect those in casual and part-time employment, some of the most vulnerable workers. Provisions must ensure that wage increases due to the national minimum wage do not spur further casualisation and that part-time workers can meet their basic monthly needs.

While acknowledging the need for such protection the Bill does not go far enough. The current approach is to guarantee that a worker must be paid for four hours irrespective of the number of hours worked. So if a retailer calls in staff for two hours, they must still pay them a minimum of R80 for the day.

A complementary approach, as found within some sectoral determinations, is to institute a premium on part-time work. In retail, for example, the current hourly minimum wage for a cashier working less than 27 hours is about 30% higher than for one working more than 27 hours. This disincentivises casualisation.

Another approach would be to put in place a minimum weekly or monthly national minimum wage in addition to the hourly wage, or to increase the minimum number of hours above four.

Recommendation: The NMW-RI is not prescriptive as to which combination of these measures should be followed but a more substantive package is needed.

Expanded Public Works Programme workers are effectively excluded from the national minimum wage and an attached schedule sets their wages at R11 per hour.

The national minimum wage will be a major advance. However, as always, the devil is in the detail, and, as indicated by some social partners, a number of critical elements have yet to be resolved by the NEDLAC process and must be addressed within the parliamentary process. This Bill does not yet ensure the national minimum wage will live up to its potential to play a role in reducing working poverty and inequality. DM