Catholic Church: Priest accused of abuse in Ireland sent by church to Malawi 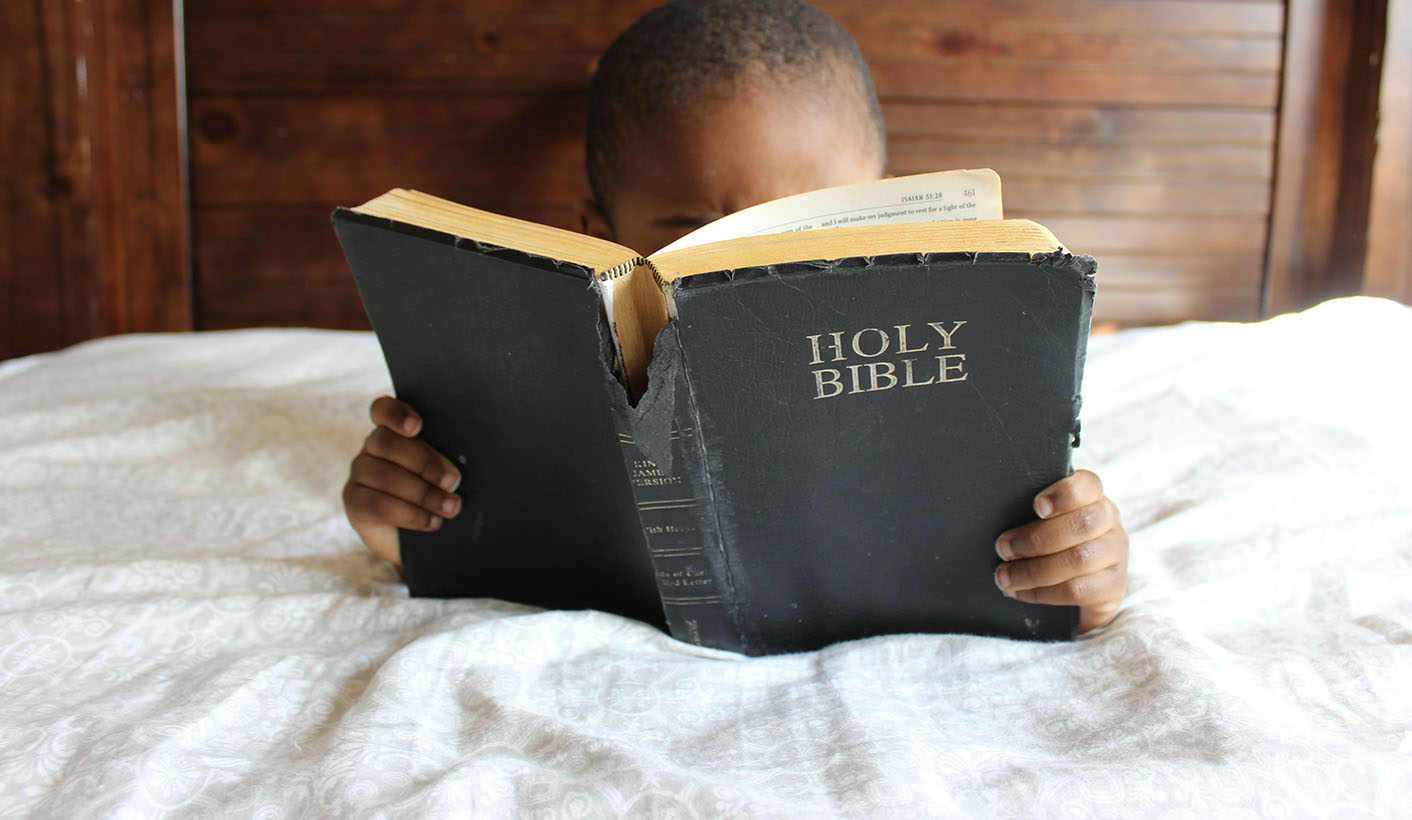 The Catholic Church’s St John of God order moved an Irish school principal accused of child abuse to Malawi, where he continued working with vulnerable children for almost 20 years, an investigation by the Centre for Investigative Journalism Malawi (CIJM) and Irish newspaper the Mail on Sunday has revealed. By MICHAEL O’FARRELL and COLLINS MTIKA.

The investigation also suggests that amid mounting allegations in Ireland, the order covered up Brother Aidan Clohessy’s continued involvement with children in Malawi, where he worked between 1993 and 2012.

The first serious allegation of child abuse was levelled against Clohessy in 1985, while he was the principal of St Augustine’s, a school for special needs boys in Dublin.

By the time the order withdrew him from public ministry in Malawi in 2012 and returned to Ireland, 14 allegations of abuse had been made against him relating to his tenure at St Augustine’s.

The Mail on Sunday reported that while he was in Malawi, a number of his alleged Irish victims received compensation under the “no-fault” compensation scheme run by the Redress Board set up by the Irish government.

More than a week ago, the newspaper reported that two new allegations of child abuse against Clohessy had been referred for investigation to gardaí (Irish police) and child and family agency Tusla.

Despite this, the 10-month media investigation heard that the brother, who was in charge of all the order’s operations in Malawi, continued to be involved with children during his years there.

The CIJM heard no allegations of direct physical abuse against him in Malawi. However, he is alleged to have converted a garage at his home where boys collected from the streets were housed.

It is also alleged that he required the boys to shower while he supervised them.

In an interview, Clohessy denied all the allegations and said he had not taken street children to his home or supervised them while they were showering.

Harrison Chilale, the order’s clinical director in Malawi, said “there was not even a single rumour (of abuse)”.

However, Chilale added: “I knew he kept children – I think up to 10 sometimes under one roof. They would stay at his house. I think Brother Aidan had some space where they would eat, wash and clean themselves up.”

According to Maxwell Chirwa, Clohessy’s long-standing personal cook, the children lived in a converted garage next to the brother’s house.

“There was a place where Brother Aidan was keeping them, built at the back where the garage was. He put some rooms inside and they put the beds there.

“They had no father, no mother, so he kept them there.”

As a result of an allegation to gardaí in 1997, the order said it had instructed Clohessy “not to work with children”. Amid further accusations in 1998, it informed Ireland’s former Eastern Health Board that he “was no longer involved in services to children”.

In 2003, when he was the subject of 10 child sex allegations in Ireland relating to St Augustine’s, some of which had been forwarded to gardaí, St John of God said it had written to him directing him “not to have direct contact responsibility for programmes attended by children”.

In 2011, allegations against Clohessy continued to mount in Dublin. After abuse claim number 14, the order conducted a risk assessment. This recommended that he receive “therapeutic input”, while concluding that he presented a low risk of abuse “given that he is not in a position of authority over children”.

The CIJM understands that a set of rules known as a Covenant of Care was implemented in Ireland to control his access to children.

In 2012 – as a gardaí investigation commenced into allegations received in 1998 – Clohessy was withdrawn from public ministry and returned to Ireland.

In 2013 and 2014, further allegations relating to his tenure as St Augustine’s principal were made against him, bringing the number of his accusers to 20.

The mounting allegations against him appear to have been kept secret from the authorities in Africa. By 2010 his work in Mzuzu was the subject of a promotional drive St John of God and journalists were flown to Malawi to see the services he had set up.

Charles Masulani, director of the order’s services in Malawi, said he knew nothing of the allegations in Ireland. “They (the order) are so secretive. They act like the Mafia,” he told the CIJM.

Masulani said that although he spoke to Clohessy frequently, the brother had never mentioned the allegations against him.

Chilale, the order’s clinical director throughout Clohessy’s tenure in Malawi, also said he knew nothing of the allegations. If he had known, he said, he might have questioned the manner in which Clohessy invited street children to stay in his home.

The CIJM interviewed an adult who had once attended a St John of God drop-in centre for street children called the Umoza Children’s Project.

He said that Clohessy would collect boys from the centre during his lunch break and bring them to his home to wash.

“Every time he wanted us he was finding us there (in the Umoza centre). Especially during the lunch hour, he was taking us to his house and doing the same thing. He was giving us new clothes. He was doing this maybe three times a week.

“We used to spend our time in his house. He used to teach us so many things. It was a good house.”

All of the former street children interviewed by investigators spoke of the washing routine that Clohessy supervised.

They said that in 2012 Clohessy disappeared almost overnight without any farewells or explanation for his departure – despite the fact that he was widely known in Malawi as the face of his order.

“We had a culture of organising parties for people who were going. Why couldn’t we do a party for him?” asked Chilale.

Asked about the allegations against him, Clohessy said: “As I denied it all in the past, I’ll deny it again. It’s not … It didn’t happen. All of those (allegations) have been fully investigated by the police and there’s no charges of any kind.

“I don’t think anybody is guilty until they’re proved guilty … Innocent until proven guilty.”

Clohessy also denied collecting street children and bringing them to his home in Mzuzu.

“I didn’t pick anybody off the streets in Malawi. We have a programme to provide for people who needed help,” he said.

He declined to comment on the awards made by the Redress Board to his alleged victims in Ireland. “I wouldn’t know about the settlements,” he said.

Asked for a comment this week, St John of God said that “all of the allegations reviewed by the National Board for Safeguarding Children in the Catholic Church in Ireland have been reported to An Garda Síochána (the Irish police) and Tusla.

“In accordance with its own procedures, the order has sent the allegations in your email to An Garda Síochána and to Tusla. The St John of God Order will co-operate fully with their investigations.” DM

The St John of God order told a statutory inquiry into child abuse in Ireland that it had received no complaints of abuse against its members until 1996 – even though the order received a complaint against Brother Aidan Clohessy a decade earlier.

The order only informed gardaí of this complaint in 2012, the year Clohessy was withdrawn from public service in Malawi.

Testifying before the Ryan Commission into clerical child abuse in 2004, the then head of the order, the late Brother Fintan Whitmore, said no complaints had been received against anyone until 1996.

At the time of this sworn testimony, Clohessy had spent 11 years in Malawi and was facing 10 abuse claims. In 1997, the order instructed Whitmore to have no further contact with children.

Whitmore also told the commission that he could find no evidence on file to suggest any abuse had taken place within the order’s services.

He said that despite there being no evidence of wrongdoing, the order had agreed to pay a million euros to the Redress Board, as the indemnity against prosecution received in return was “an attractive proposition”.

Under the Residential Institution Redress Act of 2002, a Redress Board may make awards to those who were abused as children in industrial schools, reformatories and other institutions subject to state regulation or inspection.

The church was invited to fund the scheme in return for a “no fault” clause protecting alleged perpetrators from prosecution. DM

We are an independent, non-profit investigative journalism centre. Like this story? Be anamaB supporter. Sign up for our newsletter. Visit us at amaBhungane.co.za.