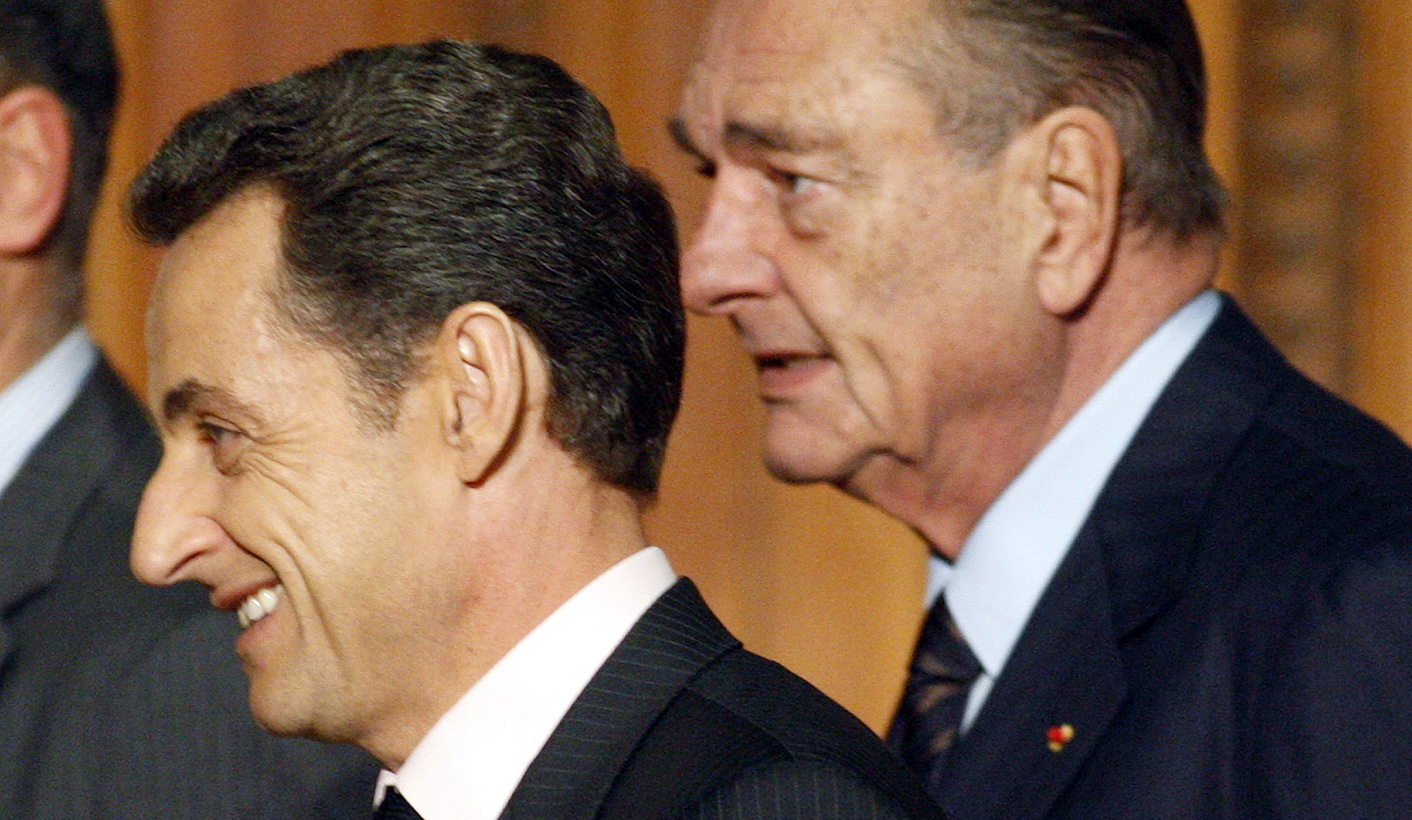 It was a bruising day for many significant reputations at the People’s Tribunal on Economic Crime in Johannesburg on Monday. Lawyer Ajay Sooklal, formerly known as Witness X, took to the stand and implicated two former French Presidents, President Jacob Zuma and a range of notable politicians in the infamous Arms Deal. But he didn’t get off that lightly himself, either. Which raises a couple of uncomfortable questions. By MARELISE VAN DER MERWE.

“While it’s undeniable that Sooklal should have spoken up sooner,” Tweeted Right2Know’s Murray Hunter on Monday afternoon, “the reality is, in a process where so few have found their voices, we gain nothing from dragging those who do through SUCH a painful cross-examination. Will future whistle-blowers be willing to come forward?”

Sooklal, a lawyer who had had close ties both to senior members of the ANC and people involved in the arms deal, made several allegations implicating powerful corporates and senior local and international politicians.

Among these – though some of the evidence was already known via the Seriti Commission – were the following allegations:

Other testimony included that Zuma told Sooklal in a 2012 meeting in Pretoria that he had appointed the Seriti Commission to investigate the Arms Deal, and begged him not to testify regarding Zuma’s payoffs from Thales or Thint; and that besides the payoffs, Zuma also received other perks from Thales.

But Sooklal was put through his paces by retired Constitutional Court Judge Zak Yacoob, following his testimony at Constitutional Hill on Monday. Yacoob, ostensibly ever so puzzled by Sooklal’s apparent failure to notice anything was amiss with Jacob Zuma before 2008, asked a series of such probing questions that Sooklal eventually requested one of several breaks to regroup and consult his notes.

The conversation had, before that, progressed along these lines.

Sooklal: “I did not act as an attorney, or in any other role, to Jacob Zuma, in the past, and neither will I do so in the future, and so in respect of the question, I was not privy to what Jacob Zuma did over the years unless I was physically present… I was not privy to what he and his lawyers were up to. My only interactions were with his lawyers, or other people being present.”

According to Sooklal, he did not suspect Zuma was in any way dishonest before 2008.

Yacoob was not having any of it. “You genuinely and honestly were morally convinced he was an honest and honourable man? You believed the charges against him were false?”

“Yes, because that’s what he consistently said.”

“You thought that Shaik had not given Jacob Zuma any money as a bribe?”

“That I could not testify to.”

“That is what you thought? Despite the Shaik judgment? Despite everything going around? You thought this man was a victim until 2008?”

And so forth. Was he rightly convicted? Yacoob enquired. “Inside of the law, yes.”

You cannot get convicted outside of the law, Yacoob pointed out.

How, he wanted to know, did Sooklal think, both then and now, that Shaik was rightly convicted in 2005, agree that Zuma was the corruptee, yet still believe Zuma was an honourable man? “I may be silly; I may be missing something here; can you please explain to me how it is that you can justify holding both those views? I can’t understand it. I am going to ask the evidence leader; perhaps if you can give him a tip or two, it may be helpful.”

It was here that Sooklal requested a 10-minute break.

Yet if Sooklal was well shredded, he also got in his share of shredding. Which raises some questions that haven’t quite been answered in our recent political history, and may not be for a while yet. Exactly what is the relationship between exposure and amnesty? How much leeway do we give our whistle-blowers, or our heroes past and present? And just how clean do we need the good guys to be? Yacoob argued that “inconsistencies” in Sooklal’s testimony could not be ignored simply by virtue of the witness being a whistle-blower. Public commentary on the issue, thus far, has been mixed.

The tribunal, however, is taking Sooklal seriously. It’s been reported that Sooklal withdrew; tribunal co-organiser Open Secrets’ Michael Marchant told Daily Maverick this is inaccurate. “The evidence he has provided stands with the panel,” Marchant said. “The panel will simply take into account his decision not to answer certain questions. They will scrutinise his written submissions and assess his other evidence.”

Where this will go, however, is another question. The tribunal, which aims to shed light on the reasons behind deep-seated corruption in South Africa, was arranged by civil society groups: The Centre for Applied Legal Studies, Corruption Watch, Foundation for Human Rights, Open Secrets, the Public Affairs Research Institute and Right2Know. It also aims to link the relationship between economic crimes in the apartheid era and the post-apartheid era, drawing a thread between corruption throughout. Or, in the organisers’ words, “joining the dots”.

In a statement on Sunday, the tribunal said the evidence heard had painted a picture of “the serious failure of accountability for those corporations that supported and profited from the apartheid regime”.

On Monday, Marchant told Daily Maverick that Open Secrets was satisfied with the progression of the tribunal thus far. “This is the first time that we are holding a People’s Tribunal and we’re hoping that this model, which has been used in various parts of the world to address human rights abuses, can offer an alternative, action-based approach to raise awareness on economic crimes that, unfortunately, are not being legally prosecuted – and to collect evidence, should there be legal accountability at some point in the future,” he said. “So far, we do believe that it is delivering in its purpose, specifically in ‘joining the dots’ between economic crimes in the arms trade across the three eras and informing a wider debate in the public about the systemic nature of corruption and its detrimental effects.”

But it is important to remember that, on its own, the tribunal holds no legal authority. It is organised by civil society. Asked what it hoped to achieve in terms of enforcing accountability, Marchant said the “primary hope” was that two things could follow the tribunal: first, a fully documented and evidence-based record of a range of potential crimes, which “gives us much greater power and leverage to pursue accountability, and the evidence to pass on to authorities”.

The second, he said, was the report and recommendations that would come from a panel of adjudicators, which would “provide both direction and weight for future advocacy attempts”.

In the meantime, the tribunal continues. According to the programme, Tuesday will see testimony on the cost of the arms deal from activist Zackie Achmat, and early testimony on State Capture from Ivor Chipkin and Khaya Sithole. DM