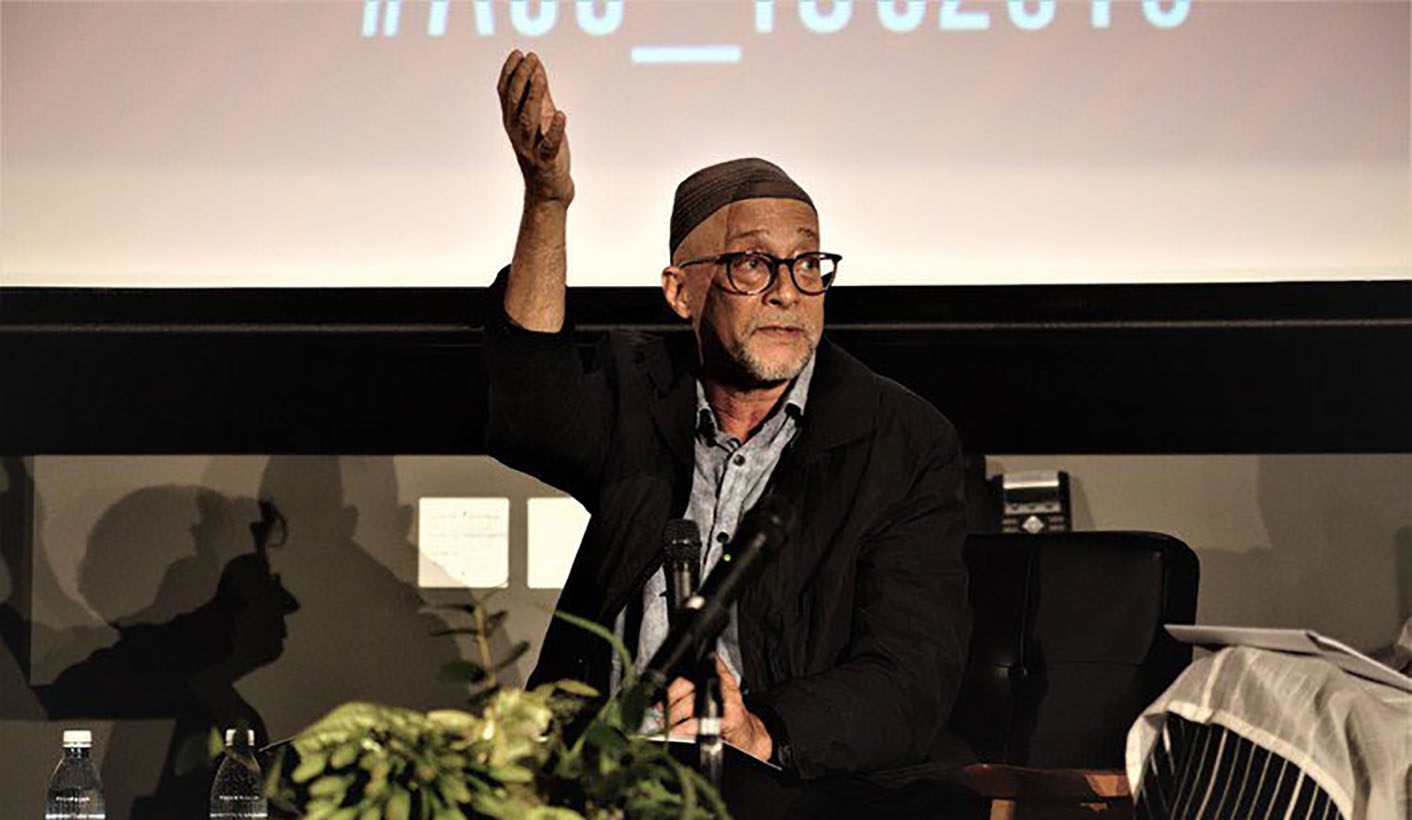 Citizens’ experience must be taken into account, say experts. By Sean O’Toole for GROUNDUP.

“When I took I my first official job in an African city, in Abidjan in 1976, there was little urban research anywhere,” said AbdouMaliq Simone, a research professor at the Max Planck Institute in Göttingen, Germany.

Simone was addressing a mixed audience of city officials, housing activists, engineers, academics, policymakers and artists from 26 countries on Saturday, the final day of the African Centre for Cities (ACC) International Urban Conference at the University of Cape Town.

“Africans were largely deemed biologically and culturally incapable of worth,” he said. African cities were viewed as sites of disaster and insufficiency. “Doing urban research required extending oneself to different kinds of actors as an investigator, including preachers and hustlers and bureaucrats and market vendors. It was really difficult work.”

Simone’s 2004 book, For the City Yet to Come, a series of case studies on urban risk and hustle in Dakar, Douala, Jeddah and peri-urban Pretoria, was influential in shifting the focus of urban studies on the African continent.

Along with Teresa Caldeira’s 2000 book, City of Walls: Crime, Segregation, and Citizenship in São Paulo, it defined the themes of so-called “southern urbanism”.

“Ten years ago we were struggling to legitimate the need to generate theories from the south,” said Caldeira, professor of city and regional planning at the University of California, Berkeley. “The success of this project is that we are here (in Cape Town).” But, he cautioned, researchers should not be complacent.

Vanessa Watson, a founder and executive member of the African Centre for Cities, said southern urbanism was still a new discipline, “scrambling at the edge of northern hegemony”.

Rose Molokoane, a housing activist, remarked on the opaque language used by urban researchers. Her sentiment was echoed by others. A visiting Nigerian researcher noted that participants in the five keynote addresses and 16 round table sessions did not reflect the full diversity of the African continent.

“The challenge of the next decade is who leads the conversation on southern urbanism,” said Jennifer Robinson, a Durban-trained urban geographer now at University College London. “The problem is a lot of people are not part of this conversation.”

The African Centre for Cities’ conference was organised to celebrate its tenth anniversary and included 70 panels, offering young scholars a platform to float new research. Notwithstanding a bias towards South Africa, there were papers on urban life in Accra, Addis Ababa, Lagos, Luanda, Nairobi and Port Harcourt.

For example, Alex Wafer, a researcher at the University of the Witwatersrand, spoke about his work in Kya Sand, a fire-plagued informal settlement north-west of Johannesburg. “Africa is disproportionately subject to fire, partly a result of water scarcity,” he said.

In a joint presentation Kathleen Stokes and Nate Millington, from the University of Manchester and UCT respectively, looked at the uneven outcomes of waste management and recycling in South Africa.

“As long as recycling is seen as a private-sector initiative, inequality will be built into the system,” said Stokes. “The state subsidies don’t flow down to the poor who are involved as collectors in the system.”

ACC deputy director Andrew Tucker considered how sexual minority rights are being negotiated across the African continent. In South Africa minority rights are constitutionally protected, a top-down approach to enshrining rights that is grounded in a western tradition of human rights.

His talk was presented in the context of rampant discrimination against homosexuality across the continent and touched on how sexual citizenship is provisionally negotiated in African cities. Sexual minorities, he said, are not enlisting the state but engaging in a form of “urban hustle” that involves negotiating power at a local level with community leaders, police, health officials and criminal bosses.

“We need to find new ways of understanding how these ideas of urban hustling can effect social change,” said Tucker.

With its many focuses and sites of enquiry, new urban research on the African continent is reframing knowledge about everyday life on the continent.

“Everyday life is a material challenge for the majority of residents in many parts of the world,” said Simone. DM

Sean O’Toole is co-editor of Cityscapes, a magazine project of the African Centre for Cities