GroundUp: Landmark court ruling on protests is a victory for citizens 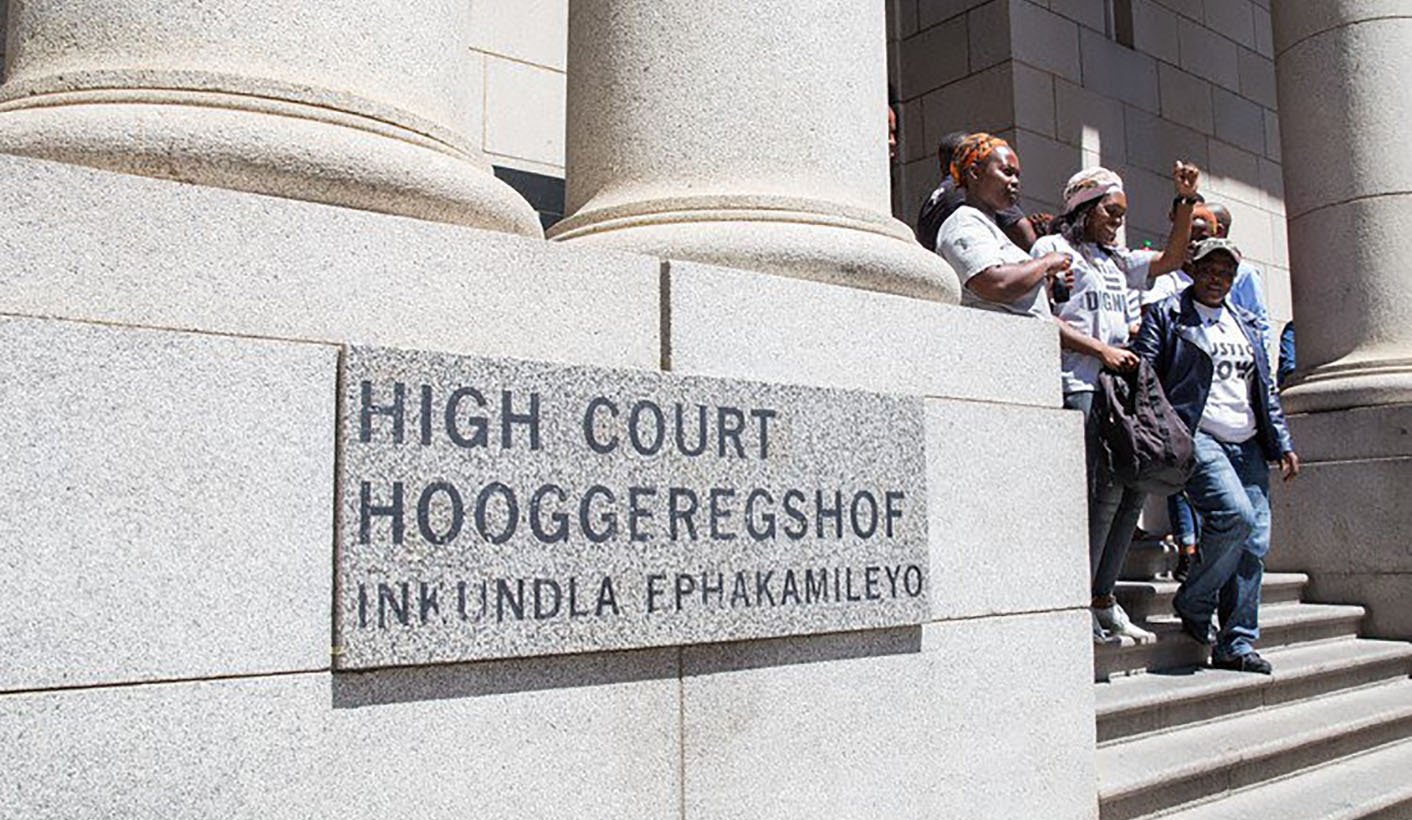 Right to freedom of assembly gives a voice to the voiceless, says court. By Ohene Yaw Ampofo-Anti for GROUNDUP.

In a landmark ruling on 24 January 2018, the Western Cape High Court declared part of the Regulation of Gatherings Act unconstitutional, putting an end to the criminalisation of protests conducted without notice. The judgment has been hailed by civil society and social justice activists alike as a victory for all active citizens, especially in poor and working-class communities.

The case arose out of engagements between the Social Justice Coalition and the City of Cape Town during the SJC’s campaign for clean, safe and decent sanitation.

On 11 September 2013, the SJC organised a protest involving more than 15 members outside the Mayor’s offices. The objective was to highlight its sanitation campaign after reaching a deadlock with the city. No notice of the protest was given to the city.

Section 12 (1) (a) of the Regulation of Gatherings Act prohibits any group of people from convening a “gathering” without giving notice to the relevant authority. A “gathering” means a protest involving a group of 15 people or more. Thus, it is only when a protest involves 15 people or more that the municipality must be notified. There is a penalty of one year imprisonment or a fine, or both, for contravention.

In the Magistrate’s Court, SJC’s activists were convicted and sentenced to a caution and discharge. In other words, they were released but warned that if they committed the same crime again they might face imprisonment. This counts as a previous conviction.

Because of the far-reaching implications the act has for peaceful protest, the SJC decided to challenge the constitutionality of the act in a High Court appeal.

The High Court had to determine whether to declare the relevant section of the Act unconstitutional. The state decided to not oppose SJC’s application and abide by the decision of the court. However the SA Police Service challenged the appeal and advanced arguments in defence of the act in its current form.

The court noted that the act does infringe a right because even peaceful protests fall within its prohibition. During the proceedings, several friends of the court submitted additional evidence, including the United Nations Special Rapporteur on the Right to Freedom of Assembly and Association. All of the friends of the court argued that the act had a “chilling effect” on the right to freedom of assembly because the criminal sanction would deter citizens from exercising their rights and holding the state or other powerful actors accountable. The court accepted these submissions.

In order to determine whether the limitation is justifiable, the court had to consider a number of additional factors. The first factor a court considers is “the nature and purpose of the right” affected by the act. Here, the court highlighted previous Constitutional Court judgments which emphasised the importance of the right to freedom of assembly as central to a well-functioning democracy. The Constitutional Court also noted that freedom of assembly enables people to take part in democracy and voice their views and concerns.

The second factor the court considered was “the importance of the purpose of the limitation”. The test here is whether the limitation advances a legitimate government purpose. SAPS raised two closely related arguments: first, that the notice requirement is there to ensure that the SAPS can deploy an adequate number of police to contain and control the protest. This ensures that the protest does not get out of hand and is peaceful. Second, that the criminal sanction acts as a deterrent to people gathering without notice. On this score, SAPS contended that gatherings conducted without notice are likely to be disorderly and result in damage to person and property. The court accepted that on the face of it the act does advance a legitimate government purpose.

The third factor a court must consider is “the nature and purpose of the limitation”. SAPS argued that the limitation was justified for three reasons. First, the notice process is simple and not complicated. Second, it does not infringe on the right to freedom of assembly but only regulates the exercise of this right. Third, the Constitutional Court has accepted that criminalisation has a deterrent effect.

The High Court accepted that the notice requirement may be simple and straightforward. But it found that the criminal sanction was nevertheless disproportionate. It accepted the submission that the criminal sanction had a “chilling effect” on the right to freedom of assembly. In addition, the court noted that a criminal record has a detrimental impact on a person’s well being by affecting future study or employment opportunities. A criminal penalty can also result in imprisonment which limits several other rights and freedoms.

In arriving at its decision, the court also took note of foreign and international law, noting that it is generally acceptable for the state to impose a notice requirement for protest action but not to impose a criminal sanction where protests are held without giving notice to the state.

The last factor the court had to consider was whether there are “less restrictive means” to achieve the purpose of the limitation. This requires the court to consider whether the provision is disproportionate and strikes the right balance between the objective of the state and the maintenance of rights. Here, the court noted that the right to freedom of assembly is of particular importance to the most marginalised and vulnerable groups in society. In this respect, the court emphasised that this right gives “voice to the voiceless” in society.

The court noted that the SJC had only engaged in protest action because of a protracted and unresolved dispute with the city over access to sanitation services in working class communities. These were a particularly vulnerable group in society and the “the criminal convictions have had the effect of silencing the already voiceless people”. The Court also accepted the submission of another friend of the Court, Equal Education, who argued that the criminal sanction has a particularly detrimental effect on children who engage in protests to protect their basic human rights. The court also pointed out that there are less restrictive penalties which the state may impose for a failure to give notice, such as an administrative fine or civil liability.

For all these reasons, the court found that the act is disproportionate and therefore unconstitutional. The court set aside the convictions of SJC’s activists and upheld the appeal.

The judgment does not apply to finalised criminal trials.

Like all decisions on the constitutionality of an act, the decision must now be confirmed by the Constitutional Court. The ruling has important implications for civil society activists, poor communities and other citizens engaged in protest action against the state or powerful private organisations. DM

Photo: The High Court ruling on protest has been hailed by activists as a victory. Photo: Ashraf Hendricks