Eskom’s other disaster: How 50 years of bad decisions led to the Mpumalanga Highveld’s bad air 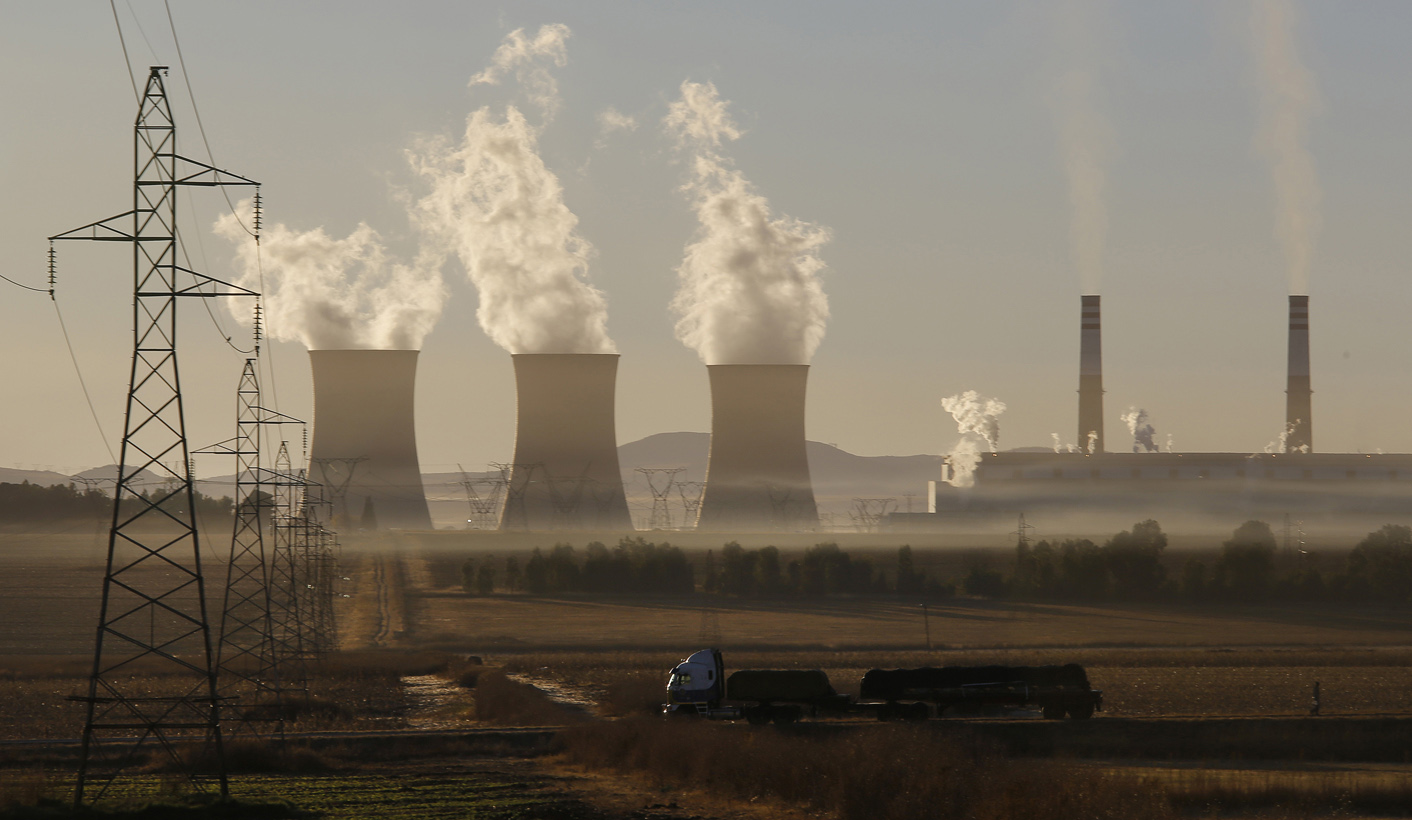 It is no accident that around 1,200 people on the Mpumalanga Highveld die from Eskom’s emissions every year. It is the result of more than 50 years of bad decisions: ignoring the most basic facts about the risks of air pollution in the area, lax air quality regulation by both the apartheid and the present government, and a stubborn refusal by big polluters such as Eskom to submit to new air quality legislation. While Eskom is being called to account in State Capture investigations, it is also time to look at the immense environmental and health costs it continues to impose on the Mpumalanga Highveld and its people. By VICTOR MUNNIK.

Since at least the 1970s scientists have known that the Highveld is one of worst places in the world to build a large number of huge coal-burning power stations, which release enormous amounts of pollution into the atmosphere. The dispersion of pollution needs turbulent skies and strong mixing winds. But the Highveld weather system is the exact opposite. It is characterised by long-lived high pressure systems, which produce a very stable atmosphere with clear skies and low wind speeds, in which pollution can linger without being dispersed.

Not that dispersal rids us of the problem. It simply blows the dirty air, laced with mercury (Eskom power stations emit large amounts of mercury) to other places, including the surrounding oceans where this toxic heavy metal enters the food chain, and accumulates in fish such as tuna. A third of this pollution is blown back to the Highveld.

A strong characteristic of the Highveld climate is inversions which trap pollutants in pockets of air too cold to rise and disperse. These occur four out of every five nights in winter and in a weaker form, two out of three nights in summer. Against this background, the actual decisions of both health and air quality managers in the Highveld are shocking.

While the first government pollution managers pronounced that health was the main reason for managing air quality, and even tried to impose a ban on the building of Eskom power stations in the area, this concern has consistently been ignored. Starting in 1970, nine huge coal-fired power stations were built on the Highveld. Even when the Mpumalanga Highveld was declared an air quality priority area in 2007 because of extensive pollution, no healthcare programmes were put in place to deal with the burden of disease imposed by coal-fired power stations.

The roots of the problem can be found in the approach by the first Chief Air Pollution Control Officer, Dr Eric Halliday, under the 1965 Air Pollution Prevention Act, to be “careful not to burden industry”. He argued that if an inspector has to take a polluter to court, he or she has failed; “has lost his friendship and now has got a real enemy and is in big trouble”. Behind this attitude lay the very unequal power relationship between polluters and regulators.

Part of this inequality of power is a lack of capacity for managing air quality – frequently bemoaned but never fixed over 50 years. Recent research by the Centre for Environmental Rights found that at the geographical centre of the air quality disaster, “neither the Nkangala District Municipality nor the local municipalities within the district municipality have enough money, or dedicated, appropriately trained and skilled staff to implement the Highveld Priority Area Air Quality Management Plan (from 2007) and to enforce the Air Quality Act”. For over more than five decades, monitoring systems for air quality have been incomplete, dysfunctional or secret. The same report notes that the number of fully functioning monitoring stations has ironically decreased since the declaration of the HPA. Eskom has a number of monitoring stations but does not share the information.

There is extensive knowledge of air quality issues in South Africa, at universities and the Council for Scientific and Industrial Research (CSIR), but this knowledge has not translated into effective protection of people and ecosystems. In some cases researchers, with their studies and students funded by the big polluters, Eskom and Sasol, have interpreted their role to be that of finding reasons to delay or weaken attempts at air quality regulation. Eskom-funded researchers, for example, have argued that Eskom should continue to emit sulphur dioxide without restraint, because the exact mechanisms of the resulting soil acidification were still unknown – years after European researchers had adopted the precautionary principle.

Research undertaken for the groundWork NGO came to the conclusion that, over these 50 years, only civil society had pushed strongly for improvements in air quality. The first big activist mobilisation took place in 1995, when the South Durban Community appealed to then President Nelson Mandela not to support the expansion of the Engen refinery there, in light of the ongoing pollution and many incidents and accidents impacting on their health. This led to Durban’s Multi-Point Plan for air quality.

The activism steadily spread to other affected areas – including Sasolburg, Vanderbijlpark and the Mpumalanga Highveld. Activists built pressure for an Air Quality Act within the National Environmental Management Act (NEMA) framework. After long negotiations, which included fierce resistance from Eskom, Sasol and other industries, the NEMA AQA passed into law in 2005. Then followed a struggle to establish legally binding standards for emissions (before this, there were only guidelines for what was allowed to leave industry stacks) and for ambient air quality (indicating what the pollution is that people are actually breathing in). These battles were won, although the standards fell short of what was recommended by the World Health Organisation.

In the meantime, air pollution had progressed to such an extent that the environment minister declared priority air quality areas in the Mpumalanga Highveld (2007), the Vaal Triangle (2008), Rustenburg and the Waterberg (2012). Activists rallied to participate in these, but the results have been discouraging. The same 50-year-old patterns repeat themselves.

The most shocking was that in 2014, Eskom and Sasol applied for and got “postponements” from complying with the minimum emissions standards that came into force in April 2015 (for existing plants) and will come into force by April 2020 (for new plants). Both Eskom and Sasol argued that they “were not ready” despite having known about these standards and having been part of negotiations about them since 2004. They have since indicated that they intend applying for “rolling postponements”, in effect creating exemptions from these standards.

This arrogant behaviour stems from an enduring tendency in industry to accord itself superior knowledge of pollution, and the power to decide where investments in improvement should be made. On gaining the “postponements” Eskom devised its own plan for dealing with its emissions on its own terms and in its own good time.

What should we learn from this history? That the sense that Eskom acts as if it were a law unto itself, now revealed in parliamentary hearings and no doubt in the new commission of enquiry, also extends to ignoring the constitutional right of South Africans to live and work in healthy environments, and the most basic right to breathe clear air. And that it is time that the broader public takes up the struggle against the air pollution from burning coal, as well as its climate change effects. It is time for Eskom to exit from coal. DM

Dr Victor Munnik is an environmental researcher associated with the SWOP Institute at Wits and the Institute for Water Research at Rhodes University. This article is based on research done for the 2017 groundWork report “The Destruction of the Highveld”.