Op-Ed: What does Bathabile Dlamini stand to gain from the Sassa social grants crisis? 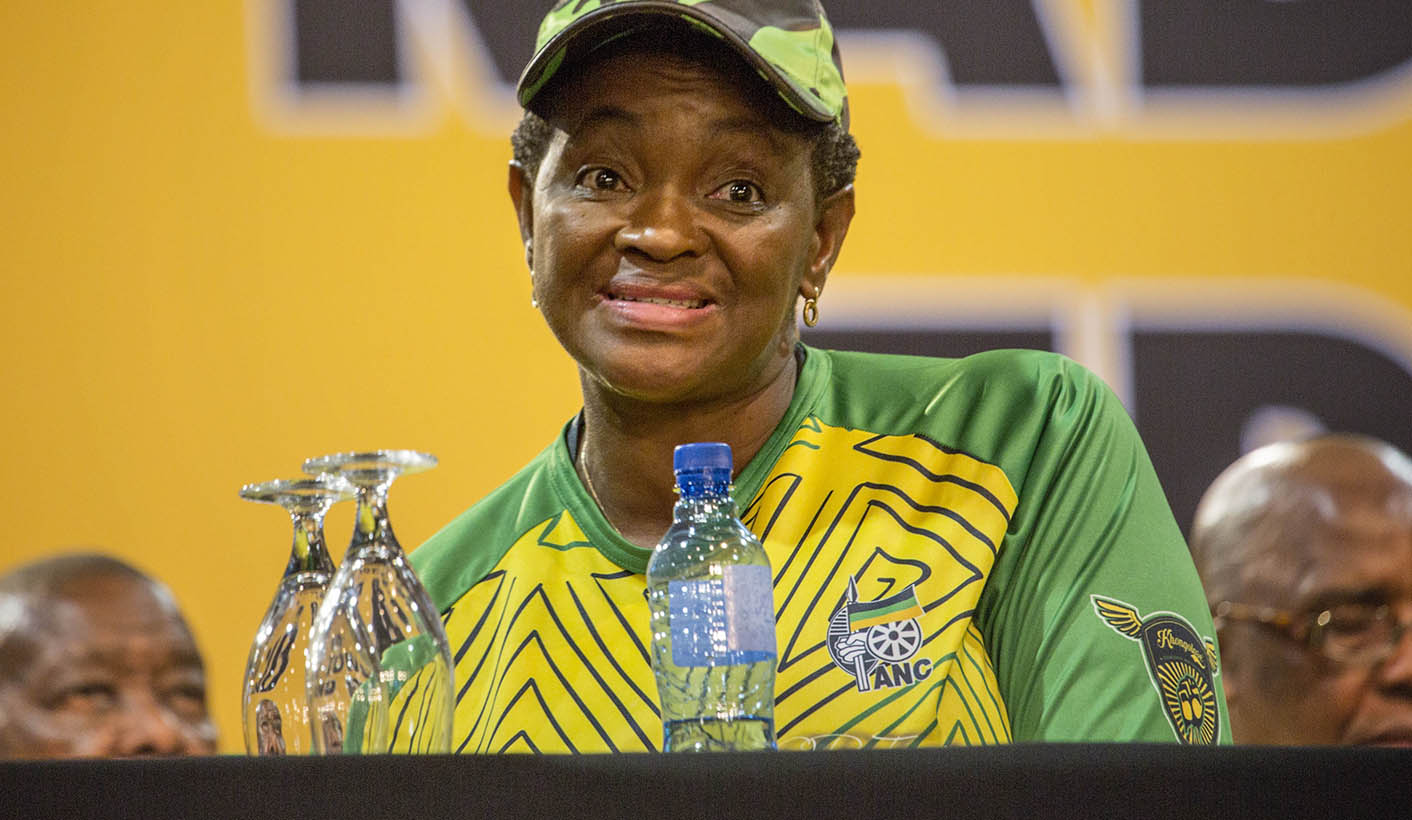 It’s Groundhog Day again for social grant beneficiaries. Incredibly enough, as April approaches, the Constitutional Court is being told that there is a very high likelihood that Sassa will again not have a plan to hand over the payment of social grants to anyone else, and that CPS will continue to administer the system. By ALISON TILLEY.

In the third report to the to the Constitutional Court by the Auditor General and the Panel of Experts, in the matter of Black Sash Trust v. the Minister of Social Development, the panel advises that they were told on 18 January 2018 by Sassa that they would be applying to the ConCourt to extend the suspension of invalidity of the CPS contract by six months.

Sassa’s lawyers were already alert to this possibility on 18 December 2017, when they wrote to the Chief Justice to say that Sassa had not procured a service provider for cash payment receipts, and that they would need the services of CPS for “at least six months during the transition process to ensure the uninterrupted payment of social grants”.

In November 2017 the Minister in the Presidency for Performance Monitoring and Evaluation, Jeff Radebe, told a joint sitting of Parliament’s Standing Committee on Public Accounts and the Portfolio Committee on Social Development that the inter-ministerial committee on social security, which he leads, would have an agreement on grant provision “by next week”. It seems he may have overstated things a tad.

At this point in February there are a number of issues which, the panel reports, are classified by Sassa as “Very High Risk”, defined as ‘”almost certain to occur”. These include issues with Postbank infrastructure readiness, account management and the delivery of the total number of cards needed.

The Minister of Social Development is of course missing in action, somewhat distracted by the inquiry chaired by Judge Ngoepe. The Constitutional Court itself appointed Ngoepe to head the inquiry into whether Dlamini should be held personally liable for the legal costs incurred during the Sassa payment crisis. The minister, as reported by the Mail & Guardian, evaded questions during cross-examination on Tuesday.

Dlamini’s answers to the questions put by counsel range from the “I don’t know” to the “It depends” to “Well, you have to define ‘meeting’ for me to say if there was a meeting”. As with the Eskom and Life Esidimeni inquiries, there is a lot of tapdancing going on.

Meanwhile, the shareholders of CPS are no doubt rubbing their hands together at this unexpected windfall. The panel notes (with concern) that the number of beneficiaries with EasyPay Everywhere (EPE) bank accounts continues to increase, now passing the two million mark. The panel notes that Sassa is seemingly unable “to stem the misinformation about the EPE card as the ‘new’ Sassa card”.

“The EPE accounts are a major source of complaints about illegal deductions and financial products that beneficiaries claim they did not purchase.”

EasyPay is a product of NET1, who say on their website that:

“Our EasyPay business unit operates the largest bank-independent financial switch in Southern Africa and is based in Cape Town, South Africa.

“EasyPay focuses on the provision of high-volume, secure and convenient payment, prepayment and value-added services to the South African market.”

CPS is also a business of Net1, of which they say:

So who benefits? Well, certainly those who have investments in Net1 through our pensions and other investments. Allan Gray was reported last year as holding onto their investment in Net1 despite the concerns about the business model, which apparently has passed muster.

In April 2017, Ann Crotty reported in Business Day that “Allan Gray’s recent research into Net1 UEPS Technologies has confirmed many of the concerns raised by nongovernmental organisations (NGOs) about the firm’s handling of its social-grants contract, but the fund manager, which holds 16% of Net1, said it wanted to pursue other options before selling.” With the departure of the then CEO, Allan Gray seems to have felt more comfortable with the business model of Net1. They will certainly reap dividends.

The question as to why the minister and Sassa have so determinedly clung to Net1 and CPS remains unanswered. Why fly in the face of a Constitutional Court order and risk personal reputational damage and personal risk? The political risk of putting the grant system in crisis has clearly caused no concern to the minister, and presumably the Cabinet. So what on Earth does she gain?

The matter will now have to return to the Constitutional Court, which will have to deal with this slow train smash. Perhaps the minister’s interest in the status quo will become apparent in that hearing. DM