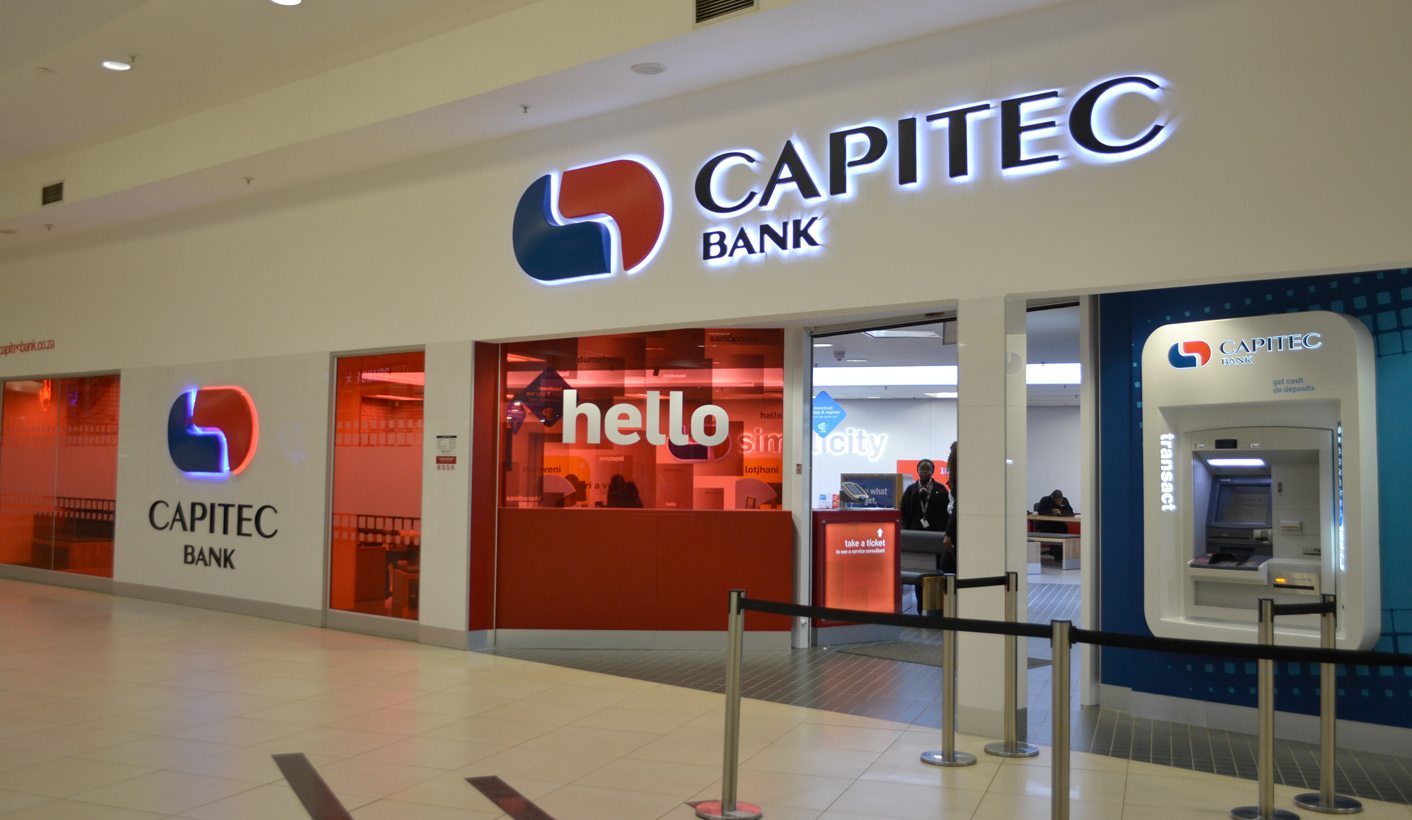 The ripples from a damning report by Viceroy Research into Capitec bank continue to spread. On Thursday, South Africa’s Treasury came out with a statement strongly critical of Viceroy and hinting that it could face legal consequences for making claims to manipulate the market. But it also emerged this week that Viceroy was not the first to question Capitec’s lending model. A letter sent to Capitec by Benguela Global Fund Managers 10 days before the release of the Viceroy report raised similar concerns. Meanwhile, Moneyweb reports that S&P Global has said that its ratings of Capitec are unaffected and there was nothing in the Viceroy report “that would lead us to review the rating”. By REBECCA DAVIS.

National Treasury has come out to bat for local lender Capitec, whose share price dropped by as much as 20% at one point on Tuesday following the release of a report by Viceroy Research claiming that the bank was concealing losses and operating as a loan shark.

Repeatedly terming Viceroy “reckless”, Treasury said that the US-based firm was “not acting in the public interest nor in the interest of financial stability in South Africa”. By its own admission, Treasury said, Viceroy had been trading in Capitec shares before the release of the report, “and stood to benefit substantially from forcing the Capitec share price to fall by publishing its speculative report about the bank”.

Dismissing Viceroy’s claim that Capitec should be put under curatorship, Treasury stated: “The National Treasury has been in constant contact with the Registrar of Banks since the report was released, and is satisfied with the assurance from the South African Reserve Bank that Capitec is well capitalised, liquid and solvent, and meets all prudential requirements. This means that the funds of depositors are safe.”

It indicated that Viceroy may face consequences for its claims. Treasury stated that it had asked the Financial Services Board to look “urgently” into the question of whether a market abuse investigation should be initiated into Viceroy’s conduct.

The Financial Services Board is tasked with investigating market abuse of three kinds: insider trading, false reporting, and market manipulation. The Viceroy case could potentially be an instance of the third.

If the Financial Services Board were to investigate Viceroy and find evidence that the Financial Markets Act had been contravened, penalties include steep fines or the referral of the matter to the National Prosecuting Authority for criminal prosecution.

Capitec has filed a separate complaint to the Financial Services Board, also requesting an investigation into Viceroy.

Viceroy tweeted in response to the Treasury statement:

“We welcome any lawful investigations into impropriety in our report, which is publicly sourced. In the USA, Viceroy have & continue to work with regulators on numerous matters where we have identified corporate impropriety. We welcome the opportunity to similarly assist the FSB.”

Questions have also been asked about the role of the media in helping to disseminate Viceroy’s alarming claims about Capitec. Viceroy received an unprecedented amount of media attention for a report of this kind as a result of a previous report on Steinhoff which was hailed as prescient and accurate.

“When it comes to financial markets there are clear incentives for people to circulate information that favours their interests,” Intellidex CEO Stuart Theobald told Daily Maverick.

“The most notorious is the ‘pump and dump’ strategy of talking up a stock, then selling it when the price rises. That’s the long side. The short equivalent is ‘short and distort’, where the strategy is to take a short position and put out negative information to lower the price.”

It is the latter technique of which Viceroy is accused. Theobald warns:

“Journalists need to be extra careful when there is a risk that either ‘pump and dump’, or ‘short and distort’ is what’s going on.” He suggests that journalists need to listen to market experts such as bank analysts and regulators.

“The fact that this is a bank adds an extra layer of responsibility on journalists. Banks are all about confidence and journalists can damage that,” Theobald says.

But amid ongoing condemnation of Viceroy, and despite Capitec’s support from Treasury and the South African Reserve Bank, it has also emerged that concerns similar to Viceroy’s were put to Capitec a full 10 days before the release of the Capitec report.

A letter sent to Capitec by Benguela Global Fund Managers on 19 January 2018 suggested, as did Viceroy, that Capitec was inflating the appearance of its financial performance by rescheduling loans. The letter, signed by Benguela’s chief investment officer Zwelakhe Mnguni, states:

“We believe that unless the [Capitec] board puts an end to the excessive rescheduling practice, Capitec is running the risk of going the same route as African Bank.”

It also criticises Capitec for “reckless lending” and suggests that by “profiteering on struggling clients”, Capitec is behaving in a “morally repugnant” manner.

While Benguela’s concerns overlapped with Viceroy’s to some degree, Benguela made it clear to its clients that it disapproved of the Viceroy report, terming the claim that Capitec should be placed under curatorship “shocking and irresponsible”.

On Thursday, Capitec responded to Benguela in a lengthy and detailed letter made public on its website. In it, the bank says that it follows “best practice” guidelines set down by the South African Reserve Bank in dealing with the rescheduling of loans. It also says that the idea that it grants credit recklessly is “factually incorrect”.

Capitec does not specifically answer the claim that its behaviour is “morally repugnant”, but the bank paints itself as going to great lengths to assist with repayment strategies for clients in debt.

“Our aim has always been to partner with our clients ‘through thick and thin’,” Capitec states.

While Capitec’s share price has rallied after its Tuesday dip, the reputational damage caused by the events of a tumultuous week may take longer to heal.

Viceroy, meanwhile, continues to tweet undaunted. It is “preparing a response” to Capitec’s defence of its report, it has said.

Asked about the status of Capitec’s rating by S&P Global, Pirnie said: “It’s currently on a BB stable. It’s reflective on the positive side of strong evidence of capital, good levels of provisioning against bad loans. They also have strong earnings stability. On the negative side it is a monoline consumer lender, so it has some revenue concentrations exposed to inherently high risk costs. So if you balance those things together then we are happy with the BB rating.” DM