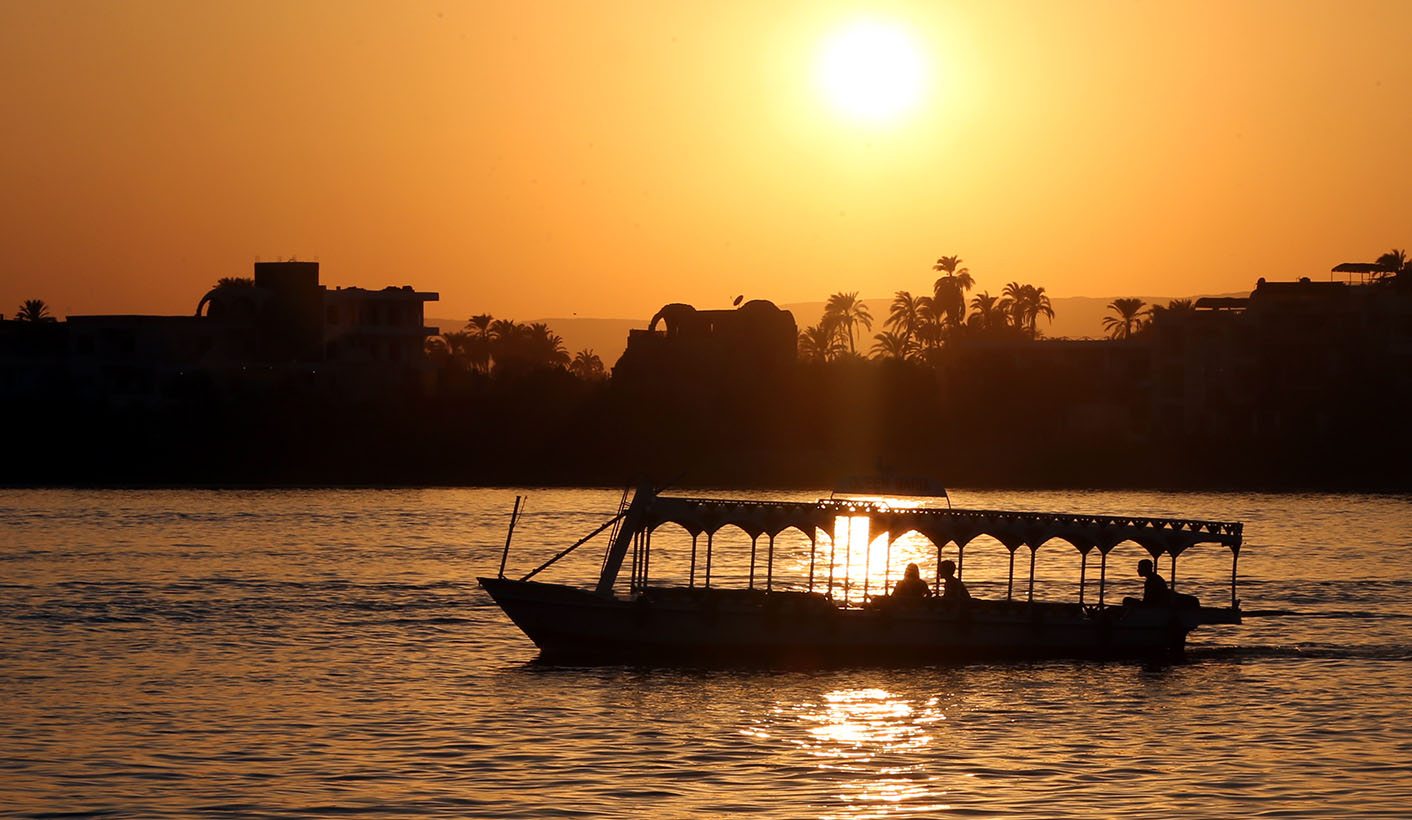 Unless all potential beneficiaries find a way to share the Nile water, conflict will continue. By Deo Gumba for ISS TODAY.

Leaders of Egypt, Ethiopia and Sudan met this week to restore cordial relations on the Nile River water after weeks of frosty ties between Egypt and Sudan. Tensions have simmered between the two for decades, and the meeting on the sidelines of the African Union (AU) summit in Addis Ababa sought to restore normalcy. “Trilateral issues of mutual interest” were discussed, including ways of resolving the impasse over the Grand Ethiopian Renaissance Dam (GERD) project.

The three countries have for years tried to agree on how the Nile water will be shared once the dam’s construction is completed later this year. However, questions linger about the unresolved issues that the tension has brought to the surface – specifically regarding a formula for sustainably sharing the water of the 6,650km-long Nile River among the 11 riparian countries.

“Everything is going well. We are speaking as one nation, not three,” Egyptian President Abdel Fattah el-Sisi reportedly said after a meeting on 30 January with Sudanese President Omar al-Bashir and Ethiopian Prime Minister Hailemariam Desalegn. Ethiopia’s Foreign Affairs Ministry tweeted that the meeting was “very successful”. But these sentiments contrasted with the recent tension between Egypt and Sudan. And Ethiopia rejected Egypt’s proposal to involve the World Bank in the talks even though Desalegn visited Cairo in mid-January.

Despite a bilateral agreement between Egypt and Sudan dating back to 1959, the right approach to sharing the Nile water is yet to be found. The two countries that have dominated the use of the water have had periodic tension amid competing needs. But Ethiopia has reserved its right to make unilateral decisions regarding the use of the water, including the decision to embark on GERD, Africa’s largest hydroelectric power project.

The recent diplomatic spat between Egypt and Sudan gave a glimpse into the complex nature of the multinational dispute. Within two months, tension escalated after unverified reports that Egypt sought to sideline Sudan in the tripartite talks on the dam. Sudan alleged that El-Sisi had called for this in a letter to Desalegn, and the latter’s visit to Cairo affirmed this perception. Citing crime and unsubstantiated threats to Sudan, Khartoum closed its border with Eritrea, which has cultivated close ties with Egypt. Eritrea and Ethiopia remain bitter rivals and the former’s blossoming ties with Egypt have fuelled speculation in Ethiopia and Sudan that if a major crisis erupts over the Nile, Eritrea would be a proxy for Egypt.

Sudan revived its long-standing claim to the disputed Halayeb border region with its northern neighbour. It recalled its ambassador to Cairo and petitioned the United Nations (UN) over the border dispute. In response, Egypt deployed troops in the region and sent fighter jets off its Red Sea coast. Egypt expressed concern over strengthening of ties between Sudan and Turkey, a country it considers hostile within the context of Middle East politics. It also accused Khartoum of harbouring Islamist dissidents belonging to the Muslim Brotherhood, which is opposed to the establishment in Cairo.

A parallel between recent developments and events in the 1950s sheds light on why tensions escalated so fast between Sudan and Egypt.

Sudan’s independence prime minister Abdullah Khalil brought pressure on Egypt to sign a Nile Waters Agreement in 1959. Before this treaty, the Nile water was shared between Egypt and Sudan under an agreement concluded in 1929 between Egypt and the British Government on behalf of Sudan. The treaty essentially guaranteed Egypt all its needs at the expense of the future water needs of Sudan and eight other states along the Nile Valley.

There is a history of brinksmanship in resolving bilateral stand-offs between the two countries due to a lack of conflict resolution mechanisms in the two treaties. In 1958 Egypt laid claim to two territories in the Halayeb region. Khalil sent troops to the disputed territory. Developments then, echoed by current events, suggested an imminent military clash along the common border – but Egypt reconsidered its position. Just as the situation unfolded recently, Sudan urged the UN Security Council and Egypt to let the crisis die away, making it appear as if it had abandoned its claim over Halayeb.

Sudan disowned the 1929 agreement but it could not abrogate the only method under international law of regulating the sharing of the Nile water with Egypt.

The two treaties established the virtual monopoly that Egypt and Sudan enjoy over the Nile water. The two countries didn’t invite or consult Ethiopia or any other riparian state during the renegotiation period. Ethiopia officially stated in 1957 that it reserved the right to use the Nile water for the benefit of its people, observing that Sudan and Egypt couldn’t make decisions about water that largely originated in Ethiopia. More than 85% of the Nile water comes from the Blue Nile, which starts in Ethiopia. Ethiopia’s claims on the Nile water therefore have greater significance for Egypt than those of Sudan.

Sudan, a downstream riparian of Ethiopia and an upstream riparian of Egypt, remains displeased with the allocation it received in the 1959 agreement. However, the treaty has no provision for amendment or a mechanism for settling disputes. It is therefore a constant source of potential conflict between Egypt and Sudan, on one side, and Ethiopia and the eight other riparian states on the other.

Egypt and Sudan have scuttled a regional initiative to address the collective claim by riparian states. In 2010 they developed what they believed would be a permanent legal and institutional framework for governing the Nile River Basin, the Cooperative Framework Agreement, which provides for the establishment of a permanent river basin commission.

Experts say a sustainable solution lies in basin-wide co-operation that would encourage holistic management of the Nile water and not in unilateral large-scale hydro projects. One approach is to implement the most economically viable projects for optimum gain within the entire basin. The other is to embrace a range of economic activities to ease the current pressure on the river.

Current talks between Egypt, Ethiopia and Sudan aim to find state-centric solutions to a unilaterally initiated large-scale hydro project, which may or smay not be viable for the entire basin. Unless talks take into account a basin-wide approach, they are doomed to fail. The continued disregard of other riparian states in finding a formula for sustainably sharing the Nile water is bound to lead to more conflict. DM