Op-Ed: As MultiChoice axes the Guptas’ ANN7, Naspers bends with the political winds 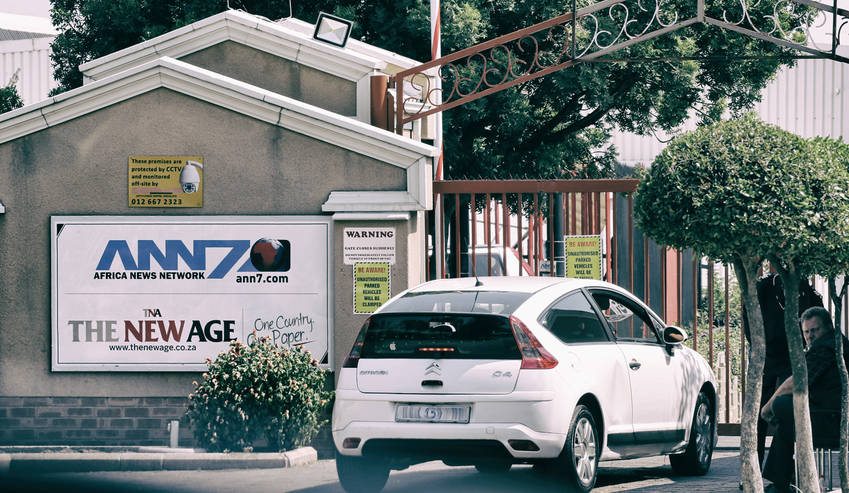 The decision by Naspers subsidiary MultiChoice to axe ANN7 from the DStv bouquet is nothing more than an attempt by the media giant at bending with the new political winds that have been gusting since the election of Cyril Ramaphosa as ANC president in December. Naspers depends on government for its pay-TV licence and was not averse to blowing hot air up the Gupta-linked ANN7 when President Jacob Zuma’s star still lit up the political landscape. By MARIANNE THAMM.

If you don’t like ANN7, just don’t watch it. The same goes for the rest of the shlock and pabulum available on the DStv bouquet between a few highly watchable choices.

The choice is yours. Use your remote. Skip to the next channel.

The decision by global media giant Naspers to axe ANN7, considering that its own investigation found that there was no corruption in its contract with the station, is anti-democratic, cynical and wrong.

It amounts to censorship and we should not accept this unilateral decision no matter how much we might dislike or wish to see the back of Mzwanele Manyi, new owner of the former Gupta media empire.

The argument by Naspers and MultiChoice that the carrying of ANN7 would “damage its brand” is laughable. One could easily single out at least half a dozen other channels which, leaning towards being more generous, could be viewed as a health hazard and that provide intellectual sustenance equivalent to a squashed peanut on a bar-room floor.

On Wednesday, MultiChoice announced that an investigation had found the company had not done proper due diligence on ANN7 but that there was no corruption in its contract with the station. The investigation followed an exposé that MultiChoice had made payments of around R50-million per annum to ANN7.

“The committee had all relevant contracts scrutinised, five years of payment information and emails checked, executives involved interviewed, and undertook objective contract and cost comparisons. The committee then presented its findings and recommendations to the full MultiChoice Board,” Naspers said in a statement.

The review, said Naspers, “found no evidence of corruption or illegal activity. It is evident from the findings that the presently polarised political environment in South Africa and controversy around the ANN7 channel ownership demanded a higher level of diligence and scrutiny than was the practice previously.”

Decoded, this might read, “Now that the Guptas and President Zuma are toast we would like to suck up to the new dispensation because we need government on our side. Our lower levels of diligence and scrutiny in the past were totally self-serving and we didn’t give a toss about the polarised political environment back then.”

Just because we don’t like what ANN7 chooses to offer as news and commentary does not mean we must silence it. As Professor Anton Harber said, writing in Daily Maverick, why not shame the channel into doing better and upping its professional standards?

Democracy demands a multiplicity and diversity of voices and views. Today it’s ANN7 – who could it be tomorrow? DM

Photo: An entrance to the ANN7 Television and The New Age newspaper offices, owned by the Gupta family, is seen in Midrand, Johannesburg, South Africa, April 14, 2016. REUTERS/Siphiwe Sibeko.