Newsflash: Opposition parties call for Zuma to be barre...

Newsflash: Opposition parties call for Zuma to be barred from delivering SONA 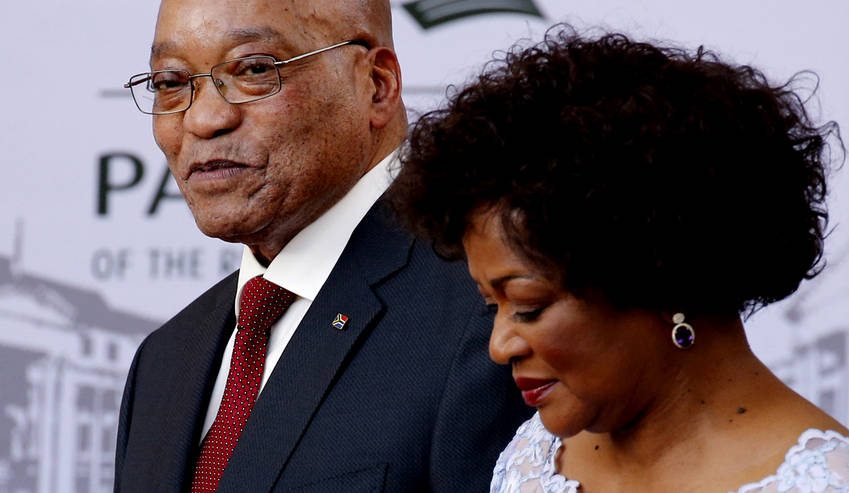 Speaker of Parliament Baleka Mbete has mail. Both the Economic Freedom Fighters (EFF) and the Democratic Alliance (DA) have written to her ahead of the annual State of the Nation Address – with different requests, albeit with the same result, that President Jacob Zuma not deliver the address. By DAILY MAVERICK REPORTERS.

EFF CIC, Julius Malema, has written to speaker Baleka Mbete requesting a meeting with opposition party leaders to be held prior to the State of the Nation Address (SONA) which may or may not be delivered by President Jacob Zuma on 8 February. The EFF said Zuma should not be allowed to deliver the annual address and that a motion of no confidence should be scheduled beforehand.

Malema wrote to the Speaker on Wednesday in reply to a letter she had sent rescheduling a meeting with Leaders of Political Parties where the 2018 State of the Nation Address would be discussed.

“We write to emphatically request that the meeting of party leaders and all programming meetings that will happen before SONA should necessary schedule the motion of no confidence to be held prior to the State of Nation Address.”

The request, said Malema, is informed “by the fact that there are serious political developments and Court judgments which necessitate an urgent parliamentary sitting to entertain a motion of no confidence against Mr Jacob Zuma”.

These related to but were not limited to the court judgment of impeachment, and the establishment of the Judicial Commission of Inquiry on State Capture. The party said it was of “firm belief” that Parliament would “reasonably reach a different conclusion on a motion of no confidence than in any of the previous sound attempts to rescue South Africa from an individual”.

“A State President, who is destined for a judicial commission of inquiry cannot be (a) suitable head of state and government, which is legislatively and practically defined by extremely busy programmes,” wrote Malema.

Zuma’s suitability to continue as President of the Republic “is more of an urgent question now than a SONA to be delivered by an incumbent who is on the verge of commissions and trials. Mr Jacob Zuma should not be allowed to deliver the SONA prior to a decision on whether Parliament still has confidence in him to continue as a President”.

Malema asked that the speaker reschedule Parliament’s programme if Zuma was still president on 8 February.

“Failure to do so will leave us with no option, but to take up the issue during SONA.”

DA leader Mmusi Maimane on the other hand, has asked that the address be rescheduled until Zuma had been removed from office, and “Parliament afforded an opportunity to elect a new president”.

Maimane said so-called two centres of power in the ANC where Cyril Ramaphosa was recently elected president of the party while Jacob Zuma remains the country’s President created an uncertain atmosphere in which the country does not know which direction is being followed.

“According to the new rules of Parliament adopted last year, Parliament is currently open for business, and does not require a SONA for the House and its committees to continue its work. Therefore the Speaker must act in the interests of all South Africans, and postpone the State of the Nation Address until the ANC leadership battle has been resolved,” Maimane said.

Political Analyst Aubrey Matshiqi, commenting on the DA’s request said: “I can’t think of any basis why the Speaker would allow that to happen, but then again this is politics. The DA is playing politics. It’s about putting the matter on the agenda. It’s about the DA setting the agenda for the ANC, and the question that arises is whether the ANC would like for the DA to set the agenda. The ANC will not unite for a call by the opposition to set it the agenda. I’d say this is a precursor to something else… a motion of no confidence against Zuma.”

On Wednesday Parliament acknowledged receipt of both letters. “Both the Speaker of the National Assembly and the Chairperson of the National Council of Provinces will consider the correspondence and reply accordingly,” the statement read. DM

Photo: South Africa’s President Jacob Zuma arrives with Speaker of Parliament Baleka Mbete to give his State of the Nation address at the opening session of Parliament in Cape Town, February 11, 2016. REUTERS/Mike Hutchings.