Op-Ed: Cyril Ramaphosa ‘triumphant’ – what does this mean? 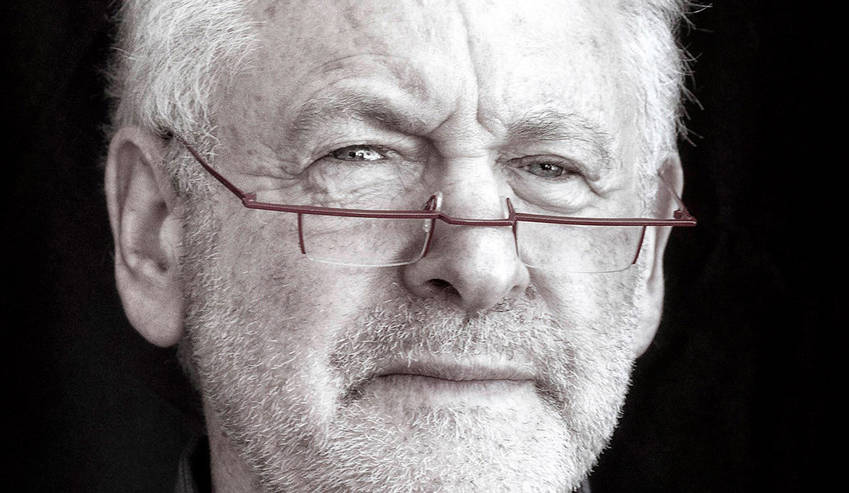 In the last few weeks Cyril Ramaphosa has acted “presidentially” not only in relation to the ANC but the state presidency, taking decisions that would normally be those of the state president. He has initiated “clean-ups” in Eskom and, clearly infected by this mood, state prosecuting agencies have sprung into action over Gupta-related State Capture in the Free State and elsewhere. Ramaphosa wooed investors in Davos and seems to be what many investors have wanted to see in terms of leadership that will regularise the functioning of the South African economy. Jacob Zuma remains in office as state president and it remains unclear when and how he will depart, but Ramaphosa is clearly building a support base that will be hard to resist at this point. By RAYMOND SUTTNER.

Astonishingly, in one month, much of the formal political terrain in South African politics has changed significantly, though unevenly and with many changes not yet having been brought to finality.

One year ago, the ANC was on the back foot and it seemed a strong possibility that it would fail to secure a majority in elections in 2019. It was still likely to emerge as the strongest party but without a majority. The possibility of other parties combining to rule seemed feasible or more likely than the ANC continuing its dominance.

The ANC December conference pitted supporters of Cyril Ramaphosa, depicted as a “clean-up” person who would “get South Africa working again”, who would engender investment, market and business confidence against candidates who were seen as corrupt or “captured” or sympathetic to or condoning the conduct of those who were. The latter operated under the rhetoric of being anti-white monopoly capital and for radical economic transformation but, in many cases, favouring or engaging in pillage of state resources.

To secure Cyril Ramaphosa’s election, reports suggest that deals were entered into between forces that might well have been expected to oppose one another, thus seeing Mpumalanga Premier, DD Mabuza, emerging as Deputy President and securing more votes than any other candidate among the Top Six. Mabuza bears the taint of alleged corruption, State Capture and political murder. It is claimed that he, in combination with Paul Mashatile, a strong Ramaphosa ally, elected as Treasurer General, were the main wheelers and dealers securing Ramaphosa’s and their own election to the Top Six.

In this context, the election of the clean-up president was somewhat blemished by the need to secure support from candidates who were not unambiguously clean, and it also resulted in an apparent deadlock among the Top Six between Ramaphosa supporters and those supporting defeated presidential candidate Nkosazana Dlamini Zuma.

The National Executive Committee (NEC) of the ANC reflected a similarly ambiguous composition and some feared that it would be difficult for Ramaphosa to move and make decisions that would be necessary in order to make a difference. It appears, however, that many of those elected did some calculations and decided that the future lay with Ramaphosa and have in more or less unseemly haste started to change sides. This is a feature of ANC transitions that has been seen before – how anti-Thabo Mbeki figures positioned themselves in ways they thought would reward them when his election as leader became clear. Likewise, many Mbeki loyalists jumped ship and crossed to Zuma when they read the Polokwane signs.

Although Zuma remains state president, substantial public enthusiasm has greeted Ramaphosa’s election. The energy with which he has acted has convinced many in leadership that there will be no future in trying to block a programme for renewal or recovery or regularisation in the light of the strong public support or honeymoon currently enjoyed by Ramaphosa locally and among international investors.

It has also become less sustainable to support Jacob Zuma now in the light of the revived commitment of law enforcement agencies to act against State Capture with freezing of assets and potential arrests, court cases and jail terms on the horizon. What previously required no defence or received an arrogant response from parties implicated, like the Estina dairy project, has now become for Mosebenzi Zwane a project over which he merely played an “oversight” role.

Along with this, a momentum has been created by Ramaphosa and his supporters whereby he has acted presidentially without yet being president of the country. Zuma has not dared to intervene because the actions initiated by Ramaphosa in relation to Eskom and other matters have been greeted with much public support. Zuma has been passive, whether or not he resents what is being done. He has in many respects been displaced from the state presidency.

The Cyril Ramaphosa factor, the enthusiasm that he has evoked, is based both on real qualities and those that are imagined or hoped for. The appeals to Ramaphosa to intervene on various matters, such as the Cape Town water crisis, is based on the assumption that he is more likely to act and do so effectively than Zuma and also, perhaps, to entrench the notion that he can act as president now.

There is an element of messianic hope attaching to Ramaphosa but there are also qualities that are legitimately attributed to him:

The election of Ramaphosa and the sentiments that this has evoked has related to imagery, mythology, hard-nosed business sense and the “Anyone but Zuma” (ABZ) sentiment. A weary South Africa has looked, very often, since his becoming Deputy President, to Ramaphosa to vanquish the demons in the ANC and government and revive growth and development. That certainly addresses some of the problems that preoccupy the minds of South Africans, though even if State Capture can be brought to book and there can be a gradual recovery of state institutions that have been contaminated, there remain many social issues that are critical, beyond safeguarding the fiscus from looting.

At this point in time, Ramaphosa will, correctly, focus on fiscal rectitude and recovering what has been looted and securing prosecutions and convictions of wrongdoers. But there will be a large section of the population whose concerns are served by these efforts but also suffer from hunger, unemployment, landlessness, homelessness, and the other broader effects of inequality.

Logically, one can separate the need to regularise state functioning at a formal level from addressing social issues more intensely, once the fiscus is in secure hands and safeguarded against pillage. But Ramaphosa and his allies must understand that those who have not benefited greatly from the post-apartheid order will not be impressed with these logical and sequential distinctions. They are hungry and angry and some of that is a fertile ground for anti-social and criminal conduct that can feed into different forms of instability.

The ANC itself may not be so well attuned to the needs of the poor as it was at the onset of democracy. Consequently, there are issues that will require a changed mindset and also activities of organisations outside of government and the ANC to ensure that they are addressed. Should that not be done, the Ramaphosa era will mainly address the needs of some who are relatively wealthy. But it may not satisfy others, whose needs are vital to their very existence – to live a life of dignity and without want. If Ramaphosa were to return to the Constitution in whose drafting he played so central a role, he will know that it is part of the state’s duty to meet basic needs. Cleaning up the state is part of achieving that, insofar as both rich and poor suffer from downgrades and other consequences of pillage. But Ramaphosa knows that there remain broader issues of social justice that need to be addressed if his presidency and ANC incumbency remain sustainable.

For those who may be supportive of the removal of Zuma but are not in the ANC, it will be necessary to remain mobilised and especially to build a sustainable organisation in order to safeguard their interest in achieving social justice. DM

Raymond Suttner is a scholar and political analyst. He is a professor attached to Unisa and Rhodes University. He served lengthy periods in prison and house arrest for underground and public anti-apartheid activities. His most recent book Inside Apartheid’s prison was reissued in 2017. He blogs at raymondsuttner.com and his Twitter handle is @raymondsuttner