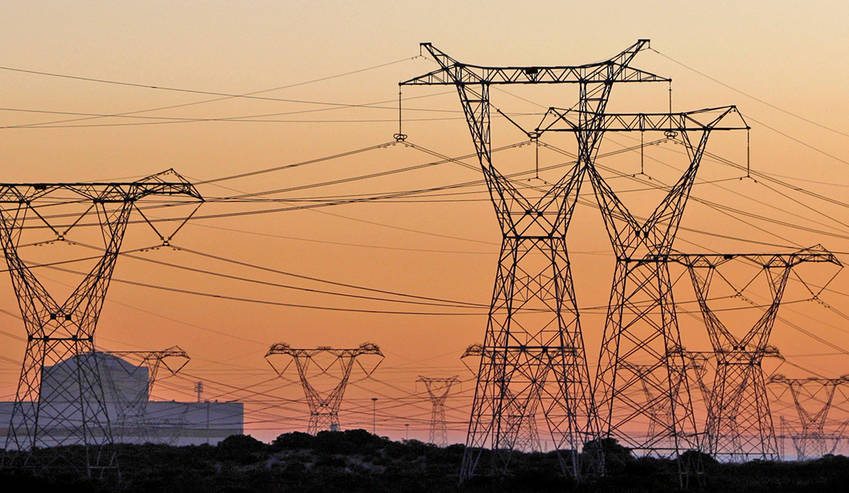 Former Eskom leaders, from chairperson Zethembe Khoza and CEO Matshela Koko to their executive, hounded and criticised journalists last year for reporting that the state-owned entity was in financial trouble as they tried to put lipstick on what was clearly a pig.

Hadebe, who was appointed only 10 days ago during a shake-up at Eskom, struck a different chord on Tuesday. Releasing the interim results, which had been postponed since November, he began by saying: “I want to highlight that what you have been writing about is correct. The company is in financial trouble.”

The interim results, covering the six months to 30 September 2017, found that Eskom was a going concern but auditors noted a debt ratio that could make operations unsustainable in the future. Eskom was pressured to finally release the results by the Johannesburg Stock Exchange and claimed to have delayed them to adequately account for the 5.23% tariff increase.

The first half of last year saw a 34% drop in after-tax profit, down to R6.3-billion, and revenue reduced by 2% to R95.5-billion. Eskom’s cash balance dropped to only R8.5-billion, down from over R30-billion the year before. Debt sits at R357-billion, a 10% year-on-year increase, with arrears from municipalities increasing from R9.2-billion to R12.4-billion.

“We are now facing significant challenges,” said Hadebe. He said the financial struggles stem from poor leadership, a lack of corporate governance and the capital structure of balance sheet. Hadebe said as the shareholder, government waited too long to replace Eskom leaders, but he would not blame Public Enterprises Minister Lynne Brown. He said Parliament has a number of committees that could have taken action.

He described the type of leadership he wants to instil at Eskom. “It’s about the ability of the leadership of the institution creating an environment that allows everyone who has seen something to raise a hand and say this is what I’ve seen and I’m reporting it,” said Hadebe. “That’s the kind of culture that we want to build and we are far from it at this point in time.”

Jabu Mabuza, recently elected Eskom chairperson, said: “We have every intention to find clean, fresh eyes (to) look at our challenges… This leadership of Eskom must have transparency, must have predictability and must have stability.”

The financial statements were qualified based on findings of irregular expenditure. A recovery plan will see 160 contracts over R1-billion and 5,110 contracts under R1-billion reviewed and the emergency energy procurement for the last two years will also be reviewed. As an example, Mabuza said “dubious” contracts, such as the one that saw McKinsey and Trillian paid R1.6-billion, will be investigated. Where necessary, criminal charges will be laid.

Hadebe said he has instructed managers to tell Eskom’s 47,000 employees that “the future is bright”. “But for those who have been found wanting, they have to be out of Eskom as soon as possible.”

Acting CFO Calib Cassim said cash from operations were not sufficient to cover increasing debt and Eskom would have to work “very hard” to break even by March 2018. Hadebe said Eskom was aiming to soon have R20-billion in its account to improve cash flow and could receive an injection from banks, who had said they would not lend to the SoE until it tackled corruption.

To survive, Eskom has to work out its cash flow problem stemming from its enormous debt. Mabuza put the responsibility firmly on the shoulders of government. “It is the shareholder that must fund this thing. If the capital structure needs revisiting, we will be have that conversation with the shareholder.”

Leaders said they cannot rely on borrowing or increased tariffs to prop up Eskom. “It’s not whether or not the balance sheet is a problem, it’s how we deal with it,” said Hadebe. DM