Analysis: The rugby problem runs deeper than merely having a poor coach in Allister Coetzee 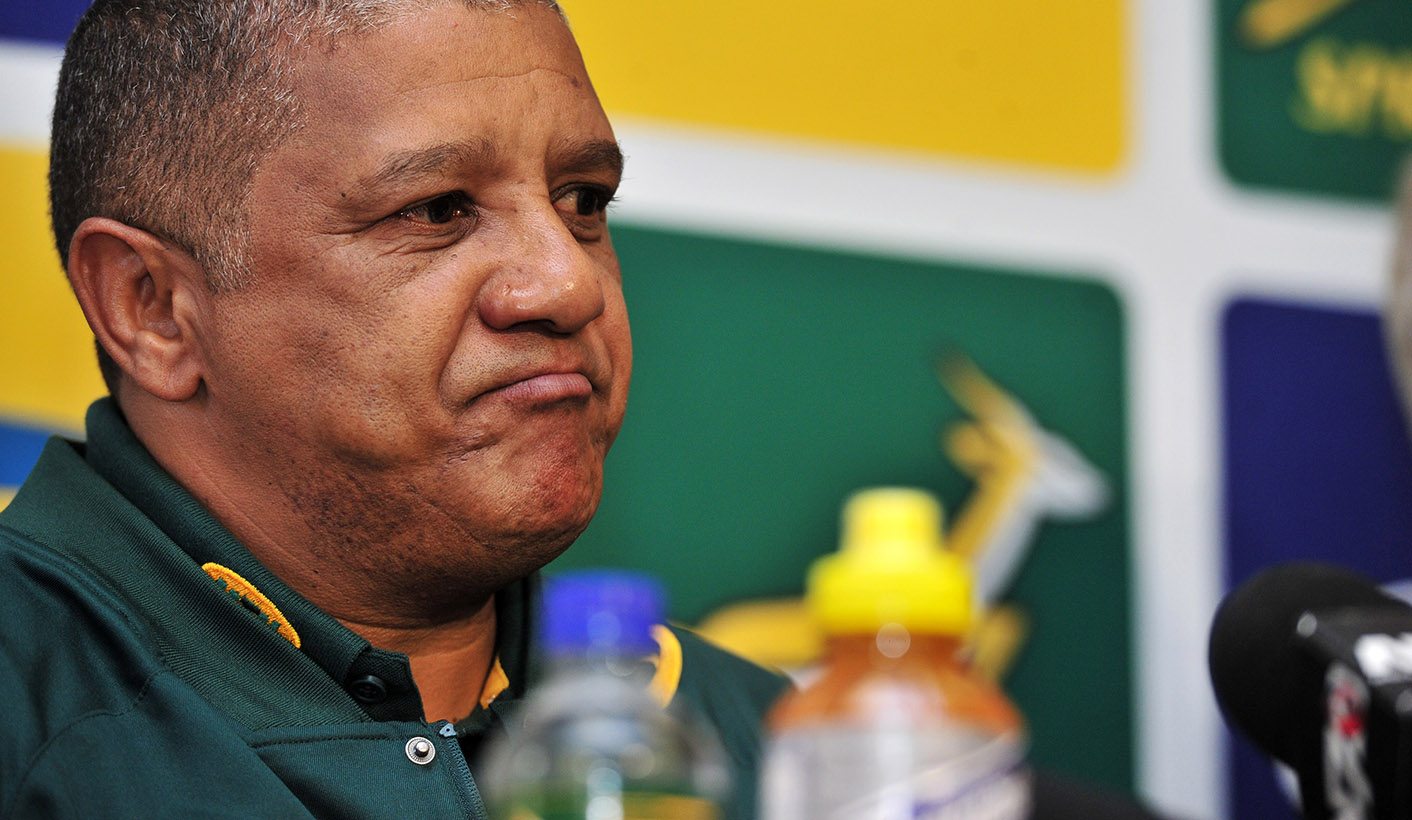 A leaked letter from Allister Coetzee to South African Rugby Union (SARU) CEO Jurie Roux indicates that the embattled coach will be fired before anyone can say “TMO”. But it’s another reminder that SARU couldn’t run a bath... and not because its headquarters are in Cape Town. By ANTOINETTE MULLER.

You would think that in the day and age of leaks and social media, companies would make a bit of an effort to communicate better with the people they employ. And yet, here we are.

The letter – reportedly 19 pages long – raises several bones of contention, and drums up a number of excuses for how dismally the Springboks have performed.

Chief among the issues is that at a meeting on 18 January 2018, Coetzee was told that his four-year contract would be ended. He claims that this decision was made despite his performance review not having started yet. Reports suggest that this is because SARU can’t agree on who should do it.

Coetzee goes on to claim that he was told that if he wishes to remain employed by SARU, he will be reduced to a “ceremonial coach”, answering to Rassie Erasmus, who has taken up the role of director of rugby at the union.

Coetzee bemoans the “indignity” that would come with reporting to Erasmus, with no mention of the indignity the poor results over the last few months have brought.

The coach goes further, absolving himself of any responsibility for the run of poor results.

In the letter, he lists a number of valid grievances highlighting how he was set up to fail by SARU.

Those include delaying his appointment, giving him just two months prior to his first assignment, the lack of influence he had over selecting his own management team and the 30-Test rule which means he could not pick younger players who have gone overseas. Coetzee also mentions that the team had to slog to Dublin via Doha for their 2017 end-of-year tour.

He ends the letter by requesting an “urgent meeting” with the executive council of SARU, pleading for the avoiding of “any reputational damage”.

Bit late. For both.

While Coetzee’s sashaying from responsibility will infuriate many, emotions have to be divorced from context. He is after a legal solution to what he terms “unfair labour practice”.

It has been suggested previously that the chief issue centres on Coetzee not having a “performance clause” written into his contract. Sport24 reported on Monday, however, that this is incorrect. That there is one.

But judging by the wording in the letter, Coetzee’s main issue is not whether he can be dismissed based on the clause – it’s whether due diligence (the seemingly stagnant review) has been applied to trigger that clause. There are also some concerns about ushering in his replacement (albeit under a different title) before the clause was triggered.

As a company, SARU couldn’t run a bath, and that’s not because its HQ is situated in a province where there’s a drought.

And yet, the discontent between the two parties doesn’t come as a surprise. SARU doesn’t exactly have a reputation of parting amicably with its coaches. Not recently, not years ago – you have to dig pretty deep into the archives to find a coach who’d be willing to give an employee testimonial to the sport’s governing body.

And therein lies the rub. Coetzee’s role in the Boks’ demise should not be overlooked. He should go – and probably shouldn’t have been appointed in the first place. But to think that ostracising him is going to fix the systemic issues that continue to plague rugby in the country is nothing more than impersonating an ostrich.

Erasmus has an impressive CV. And while a better coach than Coetzee might be able to run better drills, the state of domestic rugby shows that the hare-brained ideas cooked up at the so-called “rugby indaba” are yet to be implemented.

The You vs Us battle that’s now unfolding so publicly is further evidence that while suits pontificate and delegate, there is no desire for a cohesive “we” – and there seemingly never has been. DM