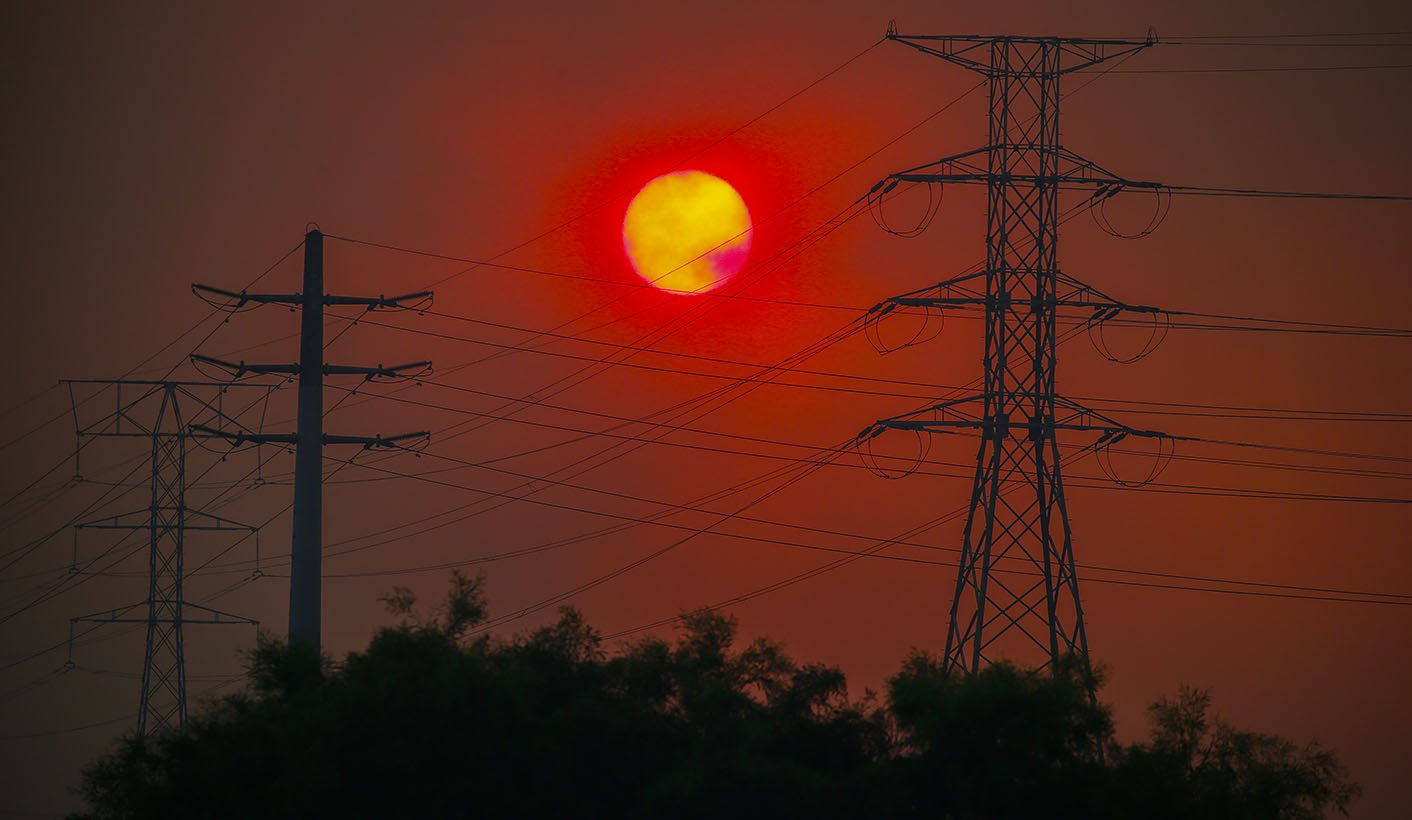 The proposed nuclear build, which President Jacob Zuma is so keen on for South Africa, will be run by another country. It is a very plausible scenario that your grandchildren could still be paying back the vendor country for high-price electricity that could have been sourced from much cheaper and cleaner renewable energy. By RICHARD HALSEY.

A new year, 2018. Many South Africans are wondering what 2018 will bring in terms of the country’s leadership. This is a fair concern as it affects all citizens, and it easy to get drawn into the soap opera politics of power struggles. However, another type of power has a direct, but often overlooked impact on all of us: electrical power. Indeed, how electricity is produced and managed is vitally important not just to the national economy and our environment, but to every South African.

That is why the ongoing political obfuscation around national electricity planning, or lack thereof, is so frustrating. Electricity planning is enormously complex, and there are difficult roads ahead with restructuring Eskom and how to manage the changing role of coal for electricity generation. However, for the purposes of this discussion three key points around renewable energy (RE), nuclear power and political meddling are sufficient to show the dire governance situation we are in.

In November last year, the financial firm Lazard released its widely used survey on the international levelised costs of energy (LCOE). LCOE measures the “total” cost of producing a unit energy from various sources, once all the costs over the lifetime of a generation facility are included, and is considered the best way to compare the economics of different energy sources. In 2017, the mean LCOE of on-shore wind energy on international markets was 3.28 times cheaper than nuclear. Solar photovoltaics (utility-scale crystalline) were 2.96 times cheaper than nuclear. However, this is not an unexpected result, as renewables have had a lower mean LCOE than nuclear since 2009 when Lazard started doing these international measurements. The gap has just progressively widened.

The big news is that “..in some scenarios the full-lifecycle costs of building and operating renewables-based projects have dropped below the operating costs alone of conventional generation technologies such as coal or nuclear.” This is ground breaking. It means that the cost of RE has decreased so much, that in some countries you can produce clean electricity from a new power plant (including construction costs) for less than running an old coal or nuclear plant where the infrastructure has been paid off. This is not a game changer, it alters the entire playing field. It is like finding that it is cheaper to construct and run a new climate friendly factory, than press on with and old factory that produces harmful waste.

While, we do not have this situation in South Africa (SA) yet, the trend is very clear. If you were planning how to produce electricity in SA up to the year 2050, then this type of price path trajectory must surely rule out further investment in coal and nuclear.

RE is by nature intermittent, but electricity storage and grid management systems are constantly improving in terms of technology, scale, and cost. These improvements, in combination with peaking plants such as gas, mean that the old justification from the coal and nuclear lobby about preserving their place in the energy system to supply base load is no longer valid. In addition, RE is also less harmful to the environment and improves distributed job creation.

The Lazard study not only shows that the LCOE of nuclear across the world is higher than other technologies, but that the costs of nuclear itself have increased by 35% (inflation adjusted) since 2010. The Hinkley Point C reactor under construction in the United Kingdom (UK) has become somewhat of a national embarrassment. The vendor in this case is the largely French-owned Électricité de France (EDF). One of the many issues is that the guaranteed price for electricity from Hinkley Point C was set very high in 2012 at £92.50 per megawatt hour (MWh) for 35 years. By contrast, in 2017 offshore wind was offered at £57.5/MWh for 15 years. Both prices are index-linked and will increase with inflation, so it is the difference between the wind and nuclear guaranteed prices that is important, and can be seen as an avoidable cost that will be levied on UK electricity users. Choosing nuclear has locked-in a higher future electricity price, for a longer period, than necessary.

So if Hinkley Point C is ever completed, UK electricity users will effectively be paying a needless tax to EDF, which is not based in the UK, so it will not even benefit their own economy. Given the 35-year period, school leavers now could still be paying for this when they are nearing retirement.

This is an important example for SA, as the proposed nuclear build that President Jacob Zuma is so keen for, will also be run by another country. If a similar financing arrangement were to be made, it is a very plausible scenario that your grandchildren could still be paying back the vendor country for high-price electricity that could have been sourced from much cheaper and cleaner RE.

David Mahlobo, or “Mahlobovic” as some commentators have dubbed him due to his strong ties with Russia, is the third Minister of Energy that was appointed in 2017. Fitting with a behind-the-scenes mandate to push the new nuclear build programme through, Mahlobo’s first action in his new Ministry was to host a nuclear conference in Cape Town, just two days after assuming office. Subsequently, he has told the Portfolio Committee on Energy how good nuclear is, and how SA must build more, but looking at the full cost data trends it clearly is not in the best interests of SA, and this just strengthens the prevailing opinion that there are ulterior motives behind his actions.

By contrast, Mahlobo, like the previous two ministers of energy before him, have promised that the outstanding power purchase agreements with RE independent power producers (IPPs) will be signed, but still nothing has happened. In line with the international trends, the LCOE from new build wind and solar in SA are about 40% cheaper than new build coal. There is no official costing for the new nuclear build yet in terms of LCOE, but reliable estimates are that it is significantly more than new build RE. Evidently RE is a threat to those with nuclear aspirations, so this continued stalling with signing the PPAs fits into the “push nuclear” plan that Zuma and Mahlobo are patently still pursuing.

The crunch document for all these political manoeuvres around RE IPPs and a new nuclear build programme is the Integrated Resource Plan (IRP). This is the document that lays out what electricity generation capacity needs to be built and when. This contested plan has become about as much of an embarrassment as the Hinkley Point C reactor, and nuclear is the link. The current IRP is from 2010, and given the radical changes in the energy sector, such as the phenomenal drop in RE prices, the IRP 2010 is clearly obsolete. The updating of the IRP has been fraught with controversy, and the latest twist was that Mahlobo announced on 7 December 2017, at the hastily organised Energy Indaba, that Cabinet had approved the IRP the night before. However, this was not in the official cabinet notes and we are still waiting for some evidence that this was not just a bluff.

His description of the new IRP was that it maintains the same energy mix as the IRP 2010, but just with all new build amounts reduced by about 20% due to decreased electricity demand and economic stagnation. Importantly this would still include a new (albeit slightly reduced) nuclear fleet. By contrast, the work done by respected local bodies such as the Council for Scientific and Industrial Research, Energy Research Centre and even Eskom, indicates that new nuclear is not part of a least cost energy mix to 2050. If after eight years of dramatic technology and prices changes, the new IRP does finally emerge the way Mahlobo described it, as a downsized IRP 2010, then it just shows that vested interests are indeed dictating electricity planning.

The picture we have is that the economics, research and modelling are pointing toward RE and away from nuclear in SA’s future energy mix, while current key decision makers are trying to force the opposite, regardless of the long-term consequences. We must not allow our energy future to be dictated by a few players who stand to benefit at our expense. Good governance and rational, participatory planning are needed to ensure focus and investments in a sustainable and affordable energy system that benefits all South Africans. DM

Photo: The sun rises between electricity pylons in thick smoke from a fire in the Helderberg mountains around Somerset West, South Africa, 04 January 2017. Photo: EPA/NIC BOTHMA