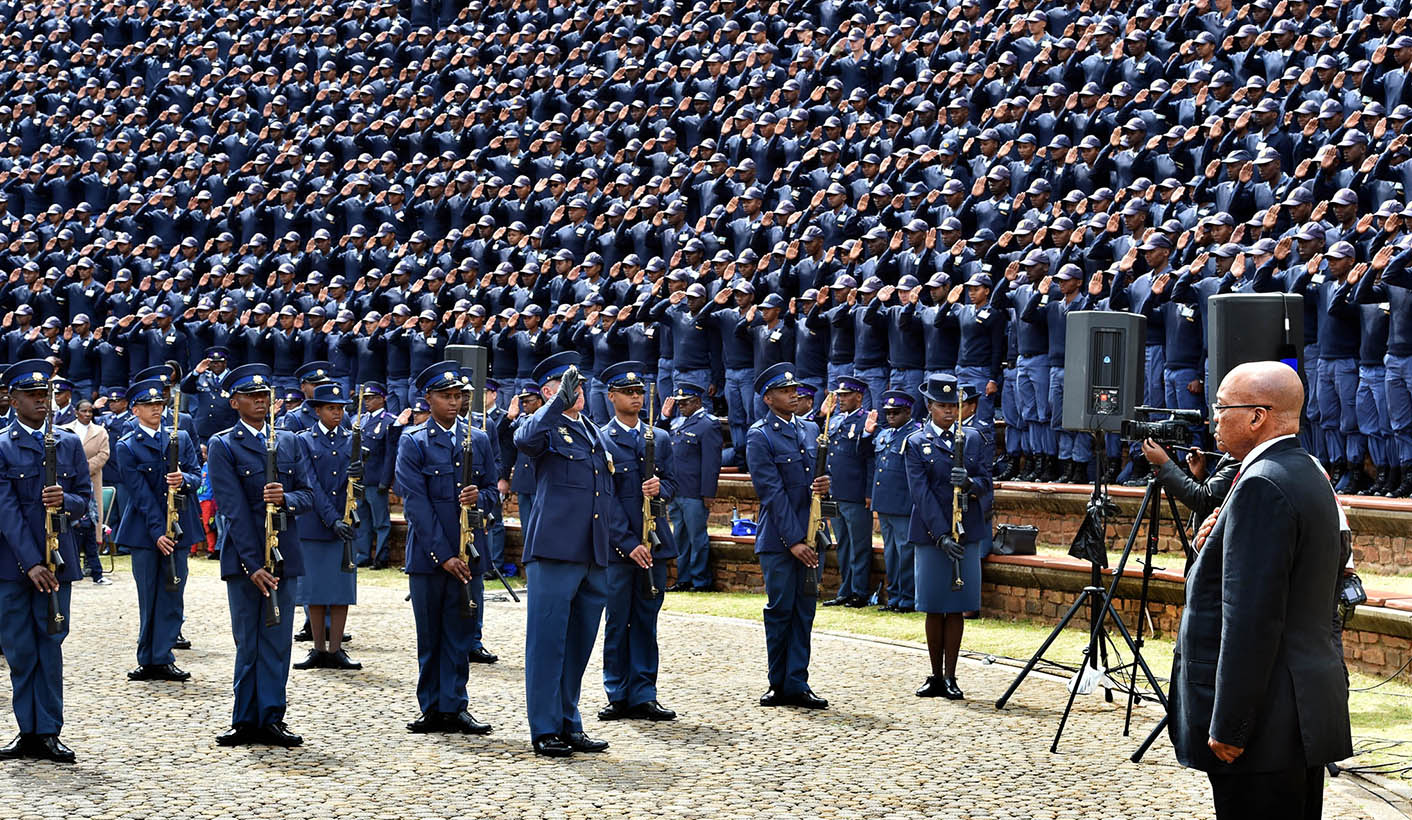 Major-General Patrick Mbotho, Western Cape Deputy Provincial Commissioner of Detectives, who admitted to sending an explicit video from his work cellphone to a SAPS WhatsApp group last year, might just be out of a job. While SAPS has refused to confirm that the controversial cop, who replaced the illegally sidelined Major-General Jeremy Veary in 2016, has been “transferred”, his job has been advertised as vacant. By MARIANNE THAMM.

Mbotho, appointed by former acting National Commissioner Kgomotso Phahlane in June 2016, has been named in the sensational bail hearing of five Cape Town “mafia” kingpins currently being heard in the Magistrate’s Court.

Both Mbotho and Tiyo have been the focus of a successful Labour Court challenge by Veary and Major-General Peter Jacobs, who were both sidelined by Phahlane in 2016. Veary and Jacobs, who were working on high-profile gang cases in the province, were transferred to lesser positions.

Veary was consigned as commander of the Cape Town cluster while Jacobs was appointed Wynberg cluster commander. During the Labour Court hearing it emerged that Tiyo did not have the security clearance required for the top job.

While both Veary and Jacobs were successful in their bid to be reinstated in their jobs this has still not been officially done.

Mbotho, who exercised command and oversight of the crucial Family Violence, Child Protection and Sexual Offences Unit, posted the explicit clip of a couple having sex to the WhatApp group on 13 July. He later texted “sorry guys, delete that”.

Daily Maverick requested SAPS to confirm that Major-General Mobotho has been “transferred”. SAPS Corporate Communication spokesperson, Sergeant Noloyiso Rwexana, told Daily Maverick “unfortunately we are not in a position to comment on internal matters concerning our personnel in the Western Cape”.

However on Thursday Mbotho’s job, Post No 18/01/3033 was officially advertised as vacant. DM

Photo: President Jacob Zuma with some of the thousands of South African Police Force officers during an annual Commemoration Day to remember police officers killed in the line of duty, at the Union Buildings, in Pretoria, South Africa, 06 September 2015. EPA/GCIS