State Capture Inquiry: Terms of Reference focus on Guptas but leave door open for ‘others’ 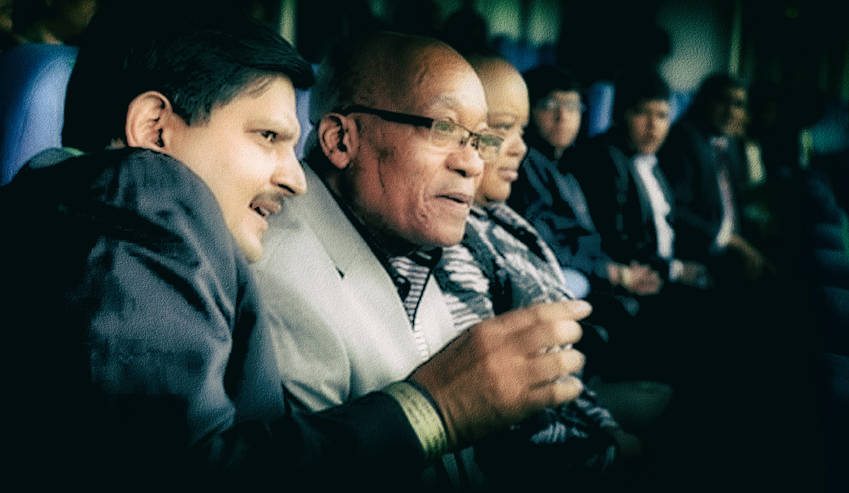 President Jacob Zuma has finally released the terms of reference for the Commission of Inquiry into State Capture. They mostly focus on corruption allegations against the Gupta family and their allies, creating another headache for the Saxonwold clique. But there are caveats in the terms, possibly allowing further allegations of corruption against others to sneak into the inquiry. By GREG NICOLSON.

Fourteen months after former Public Protector Thuli Madonsela released her State of Capture report, President Jacob Zuma has officially given the go-ahead for an inquiry to take her damning findings forward after he published its terms of reference in the Government Gazette on Thursday, more than two weeks since he appointed Deputy Chief Justice Raymond Zondo to chair the inquiry.

The terms of reference determine the scope of the inquiry and – despite speculation that Zuma would try to broaden them to include a vast array of corruption allegations dating back to 1994 or earlier – they mandate the inquiry to investigate Madonsela’s findings on the Gupta family, the president and other government leaders.

The terms start with a general instruction to Zondo to determine “whether, and to what extent and by whom attempts were made through any form of inducement or for any gain of whatsoever nature to influence members of the national executive (including deputy ministers), office bearers and/or functionaries employed by or office bearers of any state institution or organ of state or directors of the boards of SoEs”.

Then they get specific. The inquiry will look at claims that the Guptas offered Cabinet positions to Mcebisi Jonas and Vytjie Mentor, allegations that the Guptas knew about Cabinet appointments before they were announced, and whether the president or executive had any role in making such offers or leaking the announcement of appointments.

The inquiry will determine whether Zuma, his executive, public officials or state-owned entity employees broke the law by facilitating the illegal awarding of tenders to benefit the Gupta family – “or any other family, individual or corporate entity doing business with government or any organ of state”. The terms focus on the Gupta family, but there are multiple moments where it seems any allegations might be included.

Madonsela released her report into State Capture on her final day in office. Facing resource constraints, she ensured that the investigation would continue by recommending that the Chief Justice rather than the president appoint the inquiry’s chair. Her report focused largely on the Gupta family’s alleged offers to appoint Cabinet members and the sweetheart deals the family made with Eskom.

Both Madonsela and current Public Protector Busisiwe Mkhwebane have said it would be natural for the commission to look into further claims of corruption emanating from the report.

The terms of reference clearly mandate the inquiry to investigate irregularities, undue enrichment and corruption in the Gupta family’s dealings with the state, regarding contracts, mining licences and government advertising in The New Age newspaper and any other business deals.

Mineral Resources Minister Mosebenzi Zwane will come under fire as the inquiry will also target Cabinet members who allegedly made illegal interventions when the banks closed the Gupta family’s accounts. Co-operative Governance Minister Des van Rooyen’s appointment of two senior advisers, both Gupta associates, in his short stint as finance minister will also be investigated.

Former public protector Madonsela, political parties and civil society groups could be concerned about two broad clauses included in the terms of reference. First, it says the inquiry must investigate “the nature and extent of corruption, if any, in the awarding of contracts, tenders to companies, business entities or organisations by public entities listed under Schedule 2 of the Public Finance Management Act No. 1 of 1999 as amended”.

And second, it will look at “the nature and extent of corruption, if any, in the awarding of contracts and tenders to companies, business entities or organisations by government departments, agencies and entities. In particular, whether any member of the national executive (including the president), public official, functionary of any organ of state influenced the awarding of tenders to benefit themselves, their families or entities in which they held a personal interest”.

The introduction to the document however outlines that the inquiry be “guided by the Public Protector’s State of Capture report, the Constitution, relevant legislation, policies, and guidelines” as well as the North Gauteng High Court’s December ruling on the inquiry. As chairperson, it’s unlikely that Zondo, who was appointed on the recommendation of Chief Justice Mogoeng Mogoeng, will allow the commission to be derailed.

Zondo will now be able to begin work in appointing inquiry staff. He has been given only 180 days from the day the commission begins to complete his work and report back to the president. He remarked this week that such a speedy inquiry is unprecedented, but commissions are often granted extensions from the president when they are behind schedule.

The terms of reference also call for consequences for those implicated: “The commission shall where appropriate, refer any matter for prosecution, further investigation or the convening of a separate enquiry to the appropriate law enforcement agency, government department or regulator regarding the conduct of certain person/s.” Although experience from the Marikana commission shows how slow action might be following the inquiry’s conclusion.

Zuma released the terms of reference after Zondo gave a press conference on Tuesday saying he could do little until they were published. On Wednesday, Parliament’s justice and correctional services committee chairperson Mathole Motshekga called for the urgent release of the terms. “The matter must be settled. Surely we cannot be pleading for it. The terms of reference are urgent.” DM

Photo: The New Age Board Chairman Atul Gupta and President Jacob Zuma and the First Lady MaNtuli Zuma at the T20 match between South Africa and India. South Africa. 30/03/2012. (GCIS)