Revolting Rhymes: The SA-animated film in line for Oscar glory 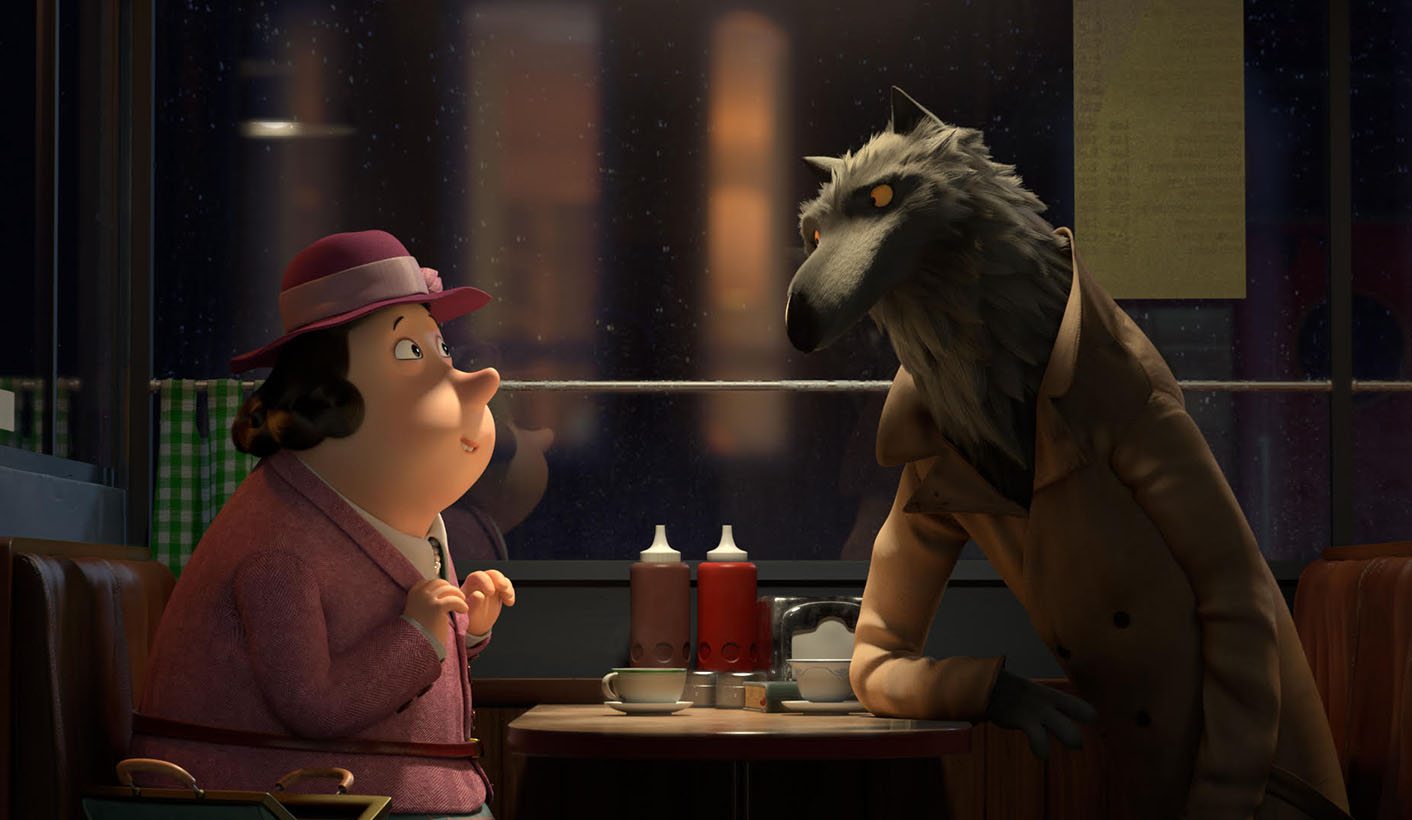 Oscar season is upon us, and this week brought the news that the film Revolting Rhymes, animated by South African studio Triggerfish, is in line for an Academy Award. The adaptation of Roald Dahl’s twisted fairy tales has been nominated in the category of Best Animated Short – making it the first animation nomination from the continent of Africa. By REBECCA DAVIS.

“The small girl smiles. One eyelid flickers. She whips a pistol from her knickers.”

It’s been called “the most famous line in modern children’s poetry”, and Roald Dahl’s words have now taken on a life beyond the printed page.

Revolting Rhymes, an adaptation of Dahl’s 1982 poetry collection, has been brought to the screen in glorious animation by South African studio Triggerfish. The book – a collection of fairy tales given Dahl’s dark spin – is one of those volumes enjoyed as much by adults as children, and the same holds for its animated re-telling by Triggerfish.

The film, aired by the BBC in Christmas 2016, has already taken home a whole mantelpiece of awards, including top honours at Annecy, the world’s most prestigious animation festival. Now, the greatest prize of them all is in sight: the Academy Award for Best Animated Short Film.

It’s an extraordinary achievement for a relatively small South African animation studio, but Triggerfish CEO Stuart Forrest is modest and understated on the topic on Wednesday.

Revolting Rhymes was produced in collaboration with the UK’s Magic Light Pictures, a studio responsible for another Oscar-nominated animation piece: 2010’s The Gruffalo. Forrest explains that Revolting Rhymes was scripted and voiced in London, but “most of the animation” and “some of the set-building” took place at Triggerfish’s Cape Town studio.

Some of the UK’s top dramatic talent were responsible for the voices of the characters, including actor Dominic West as a sinisterly drawling wolf and Little Britain’s David Walliams as the mother of Jack (of Beanstalk fame). The performances are outstanding, but it is the animation that truly lifts the film into a realm of enchantment.

“[Revolting Rhymes] is one of my personal favourites of all of Dahl’s canon,” he says. “A lot of my peer group came upon it at the same time, as children, and found its mischievousness really exciting.”

In Dahl’s version of old children’s tales, Red Riding Hood takes gory revenge on the wolf, Cinderella ditches the Prince for a normal oke, and the Seven Dwarves are gambling addicts. The new film adaptation retains all the elements of the macabre so beloved by Dahl and his fans, with a few concessions to bring it more up-to-date. Some of the more out-there lines from Dahl’s original text have been chopped, including a slightly startling reference – from 2017’s perspective – to Cinderella as a “slut”. But anyone fearing a contemporary sanitising of Dahl’s rude genius need not worry: the animated version is just as naughty as the original.

Dahl’s stories have been chopped up and re-spliced to create a coherent whole, undergirded by a new narrative framework. Because Revolting Rhymes was commissioned by the BBC to air on TV, it was produced in two parts, with the first ending on a cliffhanger. Viewed as one film, however, it works just as well.

For many readers, Dahl’s words are forever paired with the mad, brilliant illustrations of his creative collaborator Quentin Blake. Forrest says that Blake’s original illustrations to the book were Triggerfish’s first port of call when deciding on the style of animation.

Additional pressure was present in the fact that the film’s release in the UK was timed to honour what would have been Dahl’s 100th birthday. Dahl’s grandson, Luke Kelly, has subsequently said that he believes his grandfather would have loved the film.

Around 85 people worked on the Triggerfish animation for a year. Without foreign funding, says Forrest, Triggerfish would have found it difficult to produce work on this scale.

“It is very, very expensive to make animation, and the local market is not strong,” he says. “The local appetite for animation is generally too small to warrant the cost of producing it.”

But if anyone can make it work, it’s the team at Triggerfish. Under its belt, the studio has two of the top five highest-grossing South African feature films of all time: 2012’s Adventures in Zambezia, and 2013’s Khumba. Producing a feature film, says Forrest, takes around three years and 140 people.

Despite the challenges, Forrest is bullish about the state of the animation industry in South Africa.

“It’s growing very quickly, and right now it’s at the height of where it’s ever been,” he says. In the past, South African animation lost many of its talented creatives to overseas work. “But I think we’re starting to see attractive enough productions now to keep them here.”

The latest economic impact assessment of the South African film industry found that the sector contributed around R5.4-billion to the country’s economy in 2016. Forrest tips his hat to government: “We’ve always had very good government support for animation, at least since [Triggerfish] started speaking to government in 2009. Animation has been recognised as a key growth area.”

When it comes to long film animation in South Africa, Cape Town is the hub. Forrest acknowledges that the worsening water crisis is a concern.

“We’ll have to see how bad it gets,” he says. “We’re putting in place as much as we can to manage the situation.”

The Triggerfish team will not be in the audience when the Academy Awards ceremony takes place this year on 4 March.

“The London people will go, and so will the directors,” says Forrest. “But we will be wishing the team well – and watching it live, of course.” DM