Op-Ed: Zambia – Reform in a time of Cholera 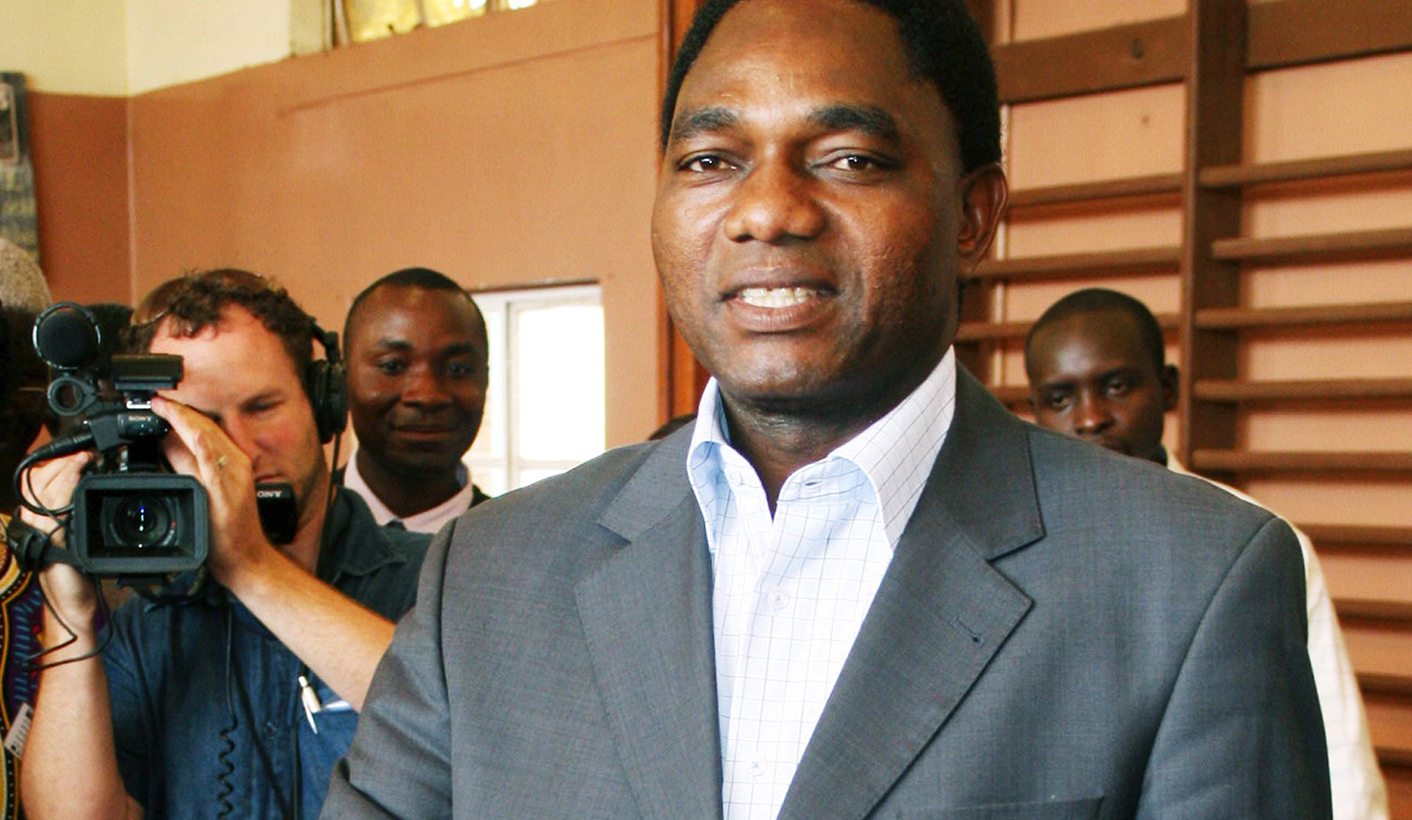 Zambia has failed to deliver on the needs, let alone the expectations, of its citizens. Unless something changes dramatically, the cholera crisis and other outbreaks will become commonplace. By HAKAINDE HICHILEMA.

Zambia is facing a cholera crisis.

More than 70 people have died and over 3,000 have been infected since the outbreak began in October 2017, largely concentrated in the capital, Lusaka. Its occurrence is commonly attributed to the breakdown of basic services.

Cholera is, however, one symptom of a more fundamental malaise.

Zambia has failed to deliver on the needs, let alone the expectations, of its citizens. As the population has increased fourfold to more than 16-million since independence in 1964, the cost of this failing has become clear. The economic system underpinned by mining and agriculture that once promised so much is buckling as a result of underinvestment and mismanagement. The number of full-time jobs outside of government has barely increased from independence, now just 625,000, of which no fewer than 237,000 are in the public service.

With two-thirds of our people under the age of 24, Zambia’s population is projected to rise to 26 million by 2040, when Lusaka, already straining at the seams, will double its numbers to five million. Unless something changes dramatically, the cholera crises and other outbreaks will become commonplace.

Yet jobs and services for Zambians are increasingly rare in an environment in which just six in 10 Zambians are literate, and where half of government revenue is spent on salaries and much of the remainder on servicing its debt, which has risen to a staggering $17-billion in the last eight years.

Zambia remains vulnerable to commodity prices precisely because the government has failed to diversify the economy. Boom-and-bust is our economic operating logic as we lurch from mining windfall tax to fiscal crisis, foreign exchange volatility and inflation through government overspending. Even though copper production and employment have risen to record levels as a result of privatisation and the investment that came with it, rather than encouraging newcomers by treating our existing investors well, private companies are berated in spite of their contribution, and have become targets of arbitrary policy flip-flops.

Four mining tax regime changes in five years have hardly helped to inspire investor confidence, so important in the mining sector where the periods of investment and return are measured over decades. To top it all, we then constrain their activities, and our tax revenue, by limiting electricity supplies, again a result of poor forward planning and corruption.

The effects of this cost are lost on the government elite, of course, who have enjoyed salary increases on average of 60% in real terms since the ruling Patriotic Front took power in 2011. For them the plight of Zambians seems part of a great game, a sideshow amusement as they focus on taking their turn to eat.

Most Zambians today barely live off the scraps off the elite’s table, propped up by the benevolence of foreign taxpayers through donor contributions. It is extraordinary that Zambia still, more than five decades after independence, receives nearly a billion dollars in development assistance. If ever there was evidence required of government’s systematic failure of delivery, policy, innovation and, frankly, imagination, the dependency on donors is it.

Eventually, however, the government will run out of someone else’s money to spend on themselves. Before Zambia fails the majority of its citizens entirely, how can we change this system?

I propose a three-point growth plan around jobs, finance and skills.

To create the jobs our people deserve, we need to diversify our economy, especially in tourism and agribusiness.

Tourism remains a six-month seasonal enterprise. To change this we need to open up to new operators and make it cheaper for tourists to access our markets. Agriculture remains bedevilled by high transport costs and the vagaries of various subsidy schemes, designed it seems to profit the provider of inputs at least as much as the farmer. Infrastructure provision has to be linked principally to the needs of the citizen, not the purveyors of projects. Diversification and competitiveness are inseparable.

While the government is currently focused on bailouts from donors, and squeezing our existing investment community harder, we instead need to change direction and concentrate on acquiring a much larger stake of the $1,750-billion dollars in foreign direct investment that flowed around the world in 2016. Zambia gained just a lamentable $470-million of this figure, or 0.026%. This is a key reason why our per capita income, which was nearly double the sub-Saharan average in 1960, is today 15% smaller than that of our African brothers and sisters, in spite of our store of commodities, water, unique tourist opportunities, and arable lands.

To achieve the much larger slice of this amount that our economy demands, we must stop appealing to the charity and generosity of donors, but rather focus on improving the conditions for business, foreign and local, large and especially small. This hinges on the consistent and transparent application of the rule of law and predictable policy. The judiciary has to be independent. And policy has to be developed in concert with people’s long-term needs, not those of an elite primarily interested in the short-term rents they can extract.

Zambia cannot function as a modern economy without appropriate skills. Many eligible children roam out of school, ensuring another unemployable and lost generation. This is an outcome of a vicious cycle of poverty, especially for those girl students who leave places of learning early to care for their parents, often being drawn into parenthood themselves at a very young age, so perpetuating this vicious poverty cycle. Breaking it demands modernising our social views as much our systems of learning. We would create a government-funded, 12-month vocational training scheme for all successful high-school graduates, incentivising our youth for a better tomorrow.

To do all of the above we first have to get the politics right and the governance that goes with it, starting with our electoral laws and practices.

Kenneth Kaunda was a great nation builder, putting Zambia first over its tribes and personal interests, since tribalism is the first and last refuge of those scoundrels who seek to undermine Zambia. Moreover, corruption and division go hand-in-hand, a method of dividing and ruling, not just between tribes, but increasingly between the haves and have-nots. Citizens need to set their sights higher and expect better from government.

It is appalling and unacceptable that Zambians have to cope with cholera in the 21st century. But it’s entirely predictable that government should seek scapegoats among the opposition for this episode since it is a direct consequence of their own failure.

Leadership flows from service, not power. We can only change Zambia for the generations that follow by working selflessly – and with a plan – for others. DM

Hakainde Hichilema is the leader of Zambia’s official opposition.