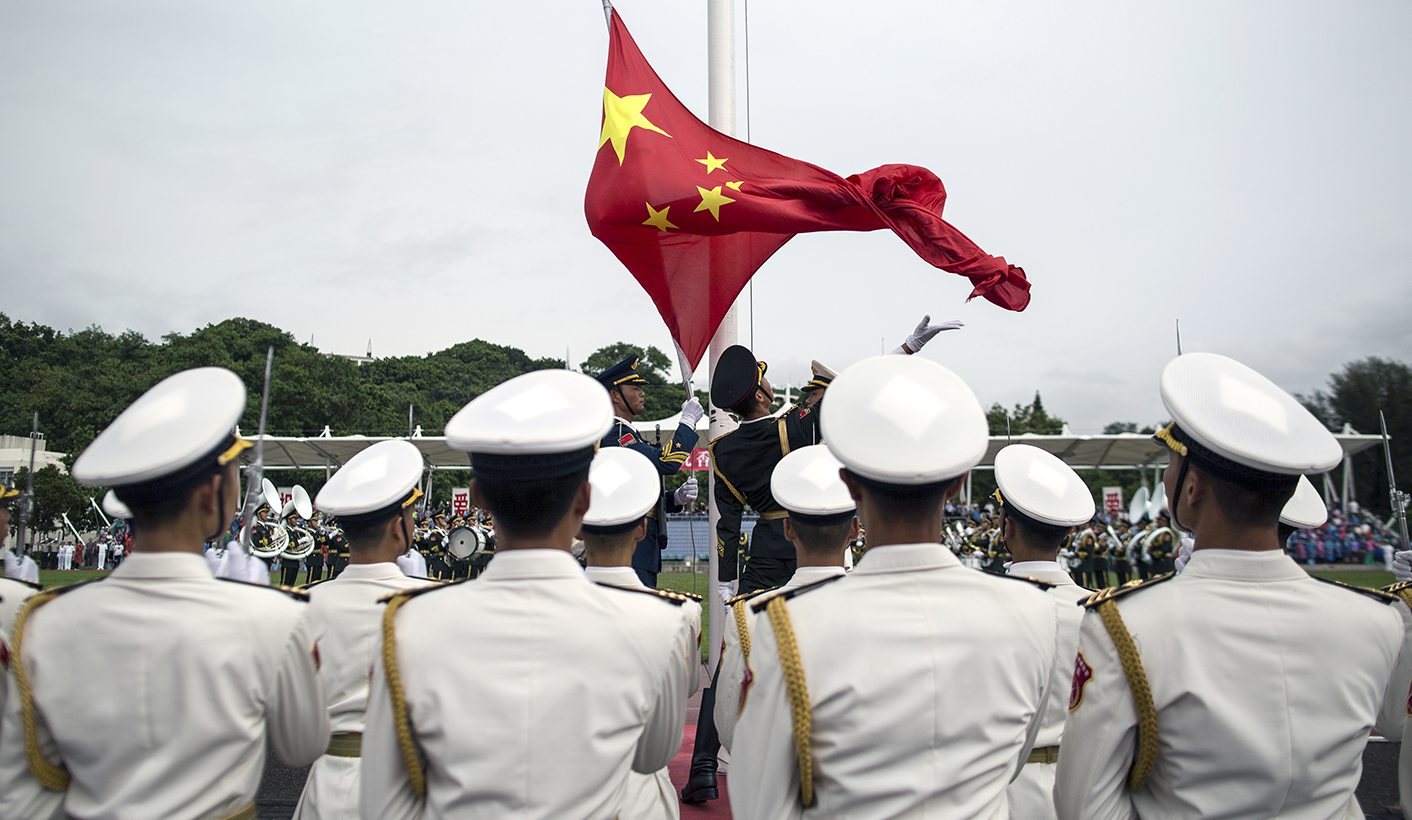 The AU should track foreign military arrangements on the continent to ensure they serve Africa’s interests. By Peter Fabricius for ISS TODAY.

The United States in particular, but also France, have had a lot of flak for their military presence in Africa. However, a surprising number of other foreign powers have quietly been putting boots on African soil over the past couple of decades, though attracting little attention.

Does the African Union (AU) endorse all this activity? Is it monitoring it? Is it concerned about it? And if not, should ordinary Africans be worried and demand action from the continental body?

Alex Vines, head of the Africa programme at Chatham House, discerns a ‘growing diversification of security partners’ on the continent. “In 2000, security in Africa meant mostly France, a bit of the US and some niche deployments such as Morocco (as presidential guard) and the United Nations (UN),” Vines told ISS Today.

“We now have Djibouti hosting many military bases. China in 2017 joins other recent arrivals in Djibouti with military facilities. Japan too has its only foreign military base there as do the Italians. Troops from Germany and Spain are hosted by the French, but the Russians failed to negotiate a partnership with the Chinese to share their facilities. India is also considering opening its own base in Djibouti, as is Saudi Arabia.”

But it isn’t only Djibouti that’s accepting new foreign military bases, he says. “In February 2017, the United Arab Emirates (UAE) secured agreement for a foreign military base in Somaliland, following its opening of a military facility in Eritrea in 2015. Turkey opened a military training base in Somalia in 2017.” And now Russia is believed to be negotiating with Sudan to host the base it couldn’t establish in Djibouti. India has facilities in Mauritius and Madagascar “and would like to deepen its Seychelles presence,” says Vines. This diversification of security partners will continue in 2018, he says.

Meanwhile, the familiar players retain a strong presence. “Obviously you also have the French, especially in the Sahel and Gabon and in its departments of Reunion and Mayotte,” Vines says, noting that France remains the key foreign military power in Africa.

In 2017 the US marked a decade of Africom (US Africa Command) which stations some 4,000 troops at Camp Lemonnier in Djibouti, its only permanent base in Africa. Under the Trump administration, Africom has increased military strikes against violent Islamist extremists – mainly al-Shabaab in Somalia, Islamic State in Libya, and the likes of al-Qaeda in the Islamic Maghreb (AQIM) in Niger.

Why this growing foreign military presence in Africa? “Africa’s insecurity is drawing in other nations,” Vines believes.

Certainly that offers a plausible explanation for the presence of French, US and other European militaries that are largely focused on attacking violent Islamist extremists in West, North and East Africa. But they are also pursuing their own interests, says Annette Leijenaar, head of the Peace Operations and Peace Building programme at the Institute for Security Studies (ISS). Indeed the proliferation of foreign militaries in Africa has followed the growing commercial presence of those countries here, suggesting many are protecting their business interests.

The growing presence of Middle East militaries in the Horn of Africa is more complex, Omar Mahmood, a researcher at the ISS in Addis Ababa, explains. Much of it has to do with the clash between Saudi Arabia, the UAE and Bahrain on the one side; and Qatar on the other. The UAE’s Assab base in Eritrea, for example, is clearly part of its joint campaign with the Saudis against the Iran-backed Houthi rebels just across the Bab al-Mandab strait in Yemen.

Turkey is siding with Qatar in the big Gulf stand-off and its military base in Mogadishu – designed to train Somali soldiers – could well be connected with that conflict as Somalia remains neutral in the stand-off. The UAE has also opened a base in Mogadishu. Mahmood warns that African states are being sucked into Gulf conflicts as proxies, with few real national interests at stake.

Leijenaar is one of many expressing concern that the US and France, the two big players, are advancing their own interests, including in their fight against global terror, rather than those of the host African nations. These however are not necessarily mutually exclusive goals, Africom’s spokesperson Robyn Mack insists. She says its military strikes in Somalia and Libya are being conducted with the approval of the host governments, and in the interests of both the hosts and the US.

Whether the expanding foreign military presence amounts to the militarisation of responses to terrorism, or reflects the geopolitics of middle and superpowers in Africa, there will be implications for human security on the continent.

And therefore the AU should be paying greater attention. But how much does it control, condone, or know about what foreign troops are doing in Africa? Vines notes the AU is not in overall control of most of these activities, as most are done by bilateral agreement with host countries. There are efforts to try to replace some of these activities with African soldiers, but these are mostly regional initiatives as the AU’s African Peace and Security Architecture (APSA) is not functioning, Vines says.

Nevertheless, the AU has endorsed regional initiatives, including the two largest – the G5 Sahel Joint Force and the Multinational Joint Task Force (MNJTF). The G5 Sahel Joint Force is a partnership among Burkina Faso, Mali, Mauritania, Niger and Chad to fight al-Qaeda and the Islamic State. Both the AU and France, for different reasons, are hoping eventually to substitute it for France’s Operation Barkhane, allowing the French troops to leave. The MNJTF, comprising Benin, Cameroon, Chad, Niger and Nigeria, is fighting Boko Haram in the Lake Chad region.

Yann Bedzigui, a researcher in the ISS Peace and Security Research Programme in Addis Ababa, says: “The issue of foreign military bases has been a source of concern for many member states of the Peace and Security Council (PSC). However it is a complicated issue. Hosting a foreign military base is a sovereign decision. Since the PSC and the AU in general have tended to emphasise sovereignty above all, its leverage is quite limited.”

But shouldn’t the AU PSC at least try to monitor such foreign military activity, to acquire an overall strategic picture of what is happening and ensure such foreign powers are not acting against Africa’s interests? No, Bedzigui says. “This is military intelligence. The AU does not have any mandate in this area.”

Leijenaar believes the AU would like to keep control of foreign military activity or at least play some coordinating role, and have an intelligence overview of all such military activities on the continent. “But they just don’t have the capacity to do that, for one thing,” she says. She doubts Addis Ababa knows the scale of military expansion on the continent, for instance Somalia and Libya, “where just too many actors are busy executing their own agendas”.

But mandates can change and, surely in this case, capacities could increase to reflect changing realities on the ground. The AU should surely at least independently monitor such activities to ensure they do indeed serve Africa’s interests. In the long term, “Africans should be looking at how to build up their own security and facilities,” Vines says.

Meanwhile, the AU should be keeping track of the diversifying military and security arrangements on the continent. That should be the task of the AU’s PSC that is mandated to keep the continent safe. At this week’s AU summit, a new PSC is to be elected. That should be high on its agenda. DM

Photo: People’s Liberation Army (PLA) soldiers participate in a flag raising ceremony during an open day at the PLA navy base in Hong Kong, China, 08 July 2017. According to reports, China ships carrying military personnel departed on 11 July 2017 from Zhanjiang, southern China and set sails to Djibouti. China is to establish it’s fiorst ever overseas military base in the Djibouti, at the Horn of Africa. EPA/JEROME FAVRE