Cape Town Mafia: Plumbing the depths of fiction and factions 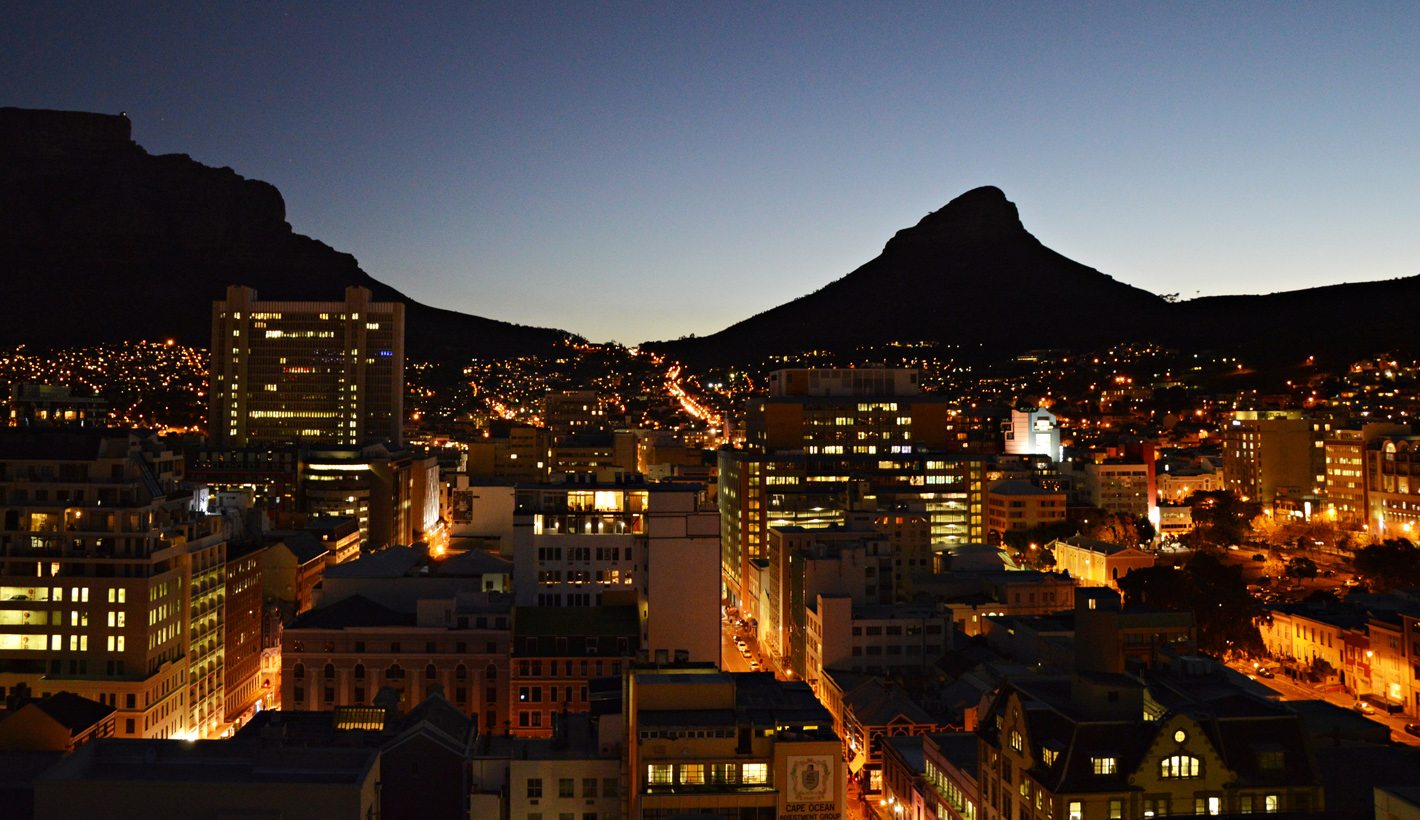 The narrative in the bail hearing of five alleged underworld kingpins in the Cape Town Magistrates’ Court has, unsurprisingly, begun to sprawl into the realm of possible fiction. On Wednesday, the court heard sensational claims and counterclaims that the entire matter was not only about a turf war between rival protection racket factions, but also competing corrupt interests in the SAPS. The facts, however, are that people have been killed and businesses trashed. The rest of the claims will have to be tested in court later. By MARIANNE THAMM.

The danger of the drawn-out bail hearing of five alleged Cape Town protection racket overlords is that sensational claims and counterclaims of corruption and police complicity have grown so outlandish that it is almost impossible, at this stage, to distill fact from fiction.

Of course all the allegations, including that Cape Town cluster commander Major-General Jeremy Veary (who has spearheaded an anti-gang operation in the province) is either a gang member, in the employ of one of the “original factions” led by Sea Point “businessman” Mark Lifman, or perhaps even the Godfather himself, will eventually have to be tested in court proceedings.

“There are lots of allegations against Veary,” said investigating officer Colonel Charl Kinnear on Wednesday, adding that these were part of an ongoing smear campaign against the veteran policeman.

So much is at stake that this trial, if and when it occurs, promises to implicate prominent political leaders not only in the region, but nationally, and endanger the lives and safety of those brave enough to come forward.

For now, though, various defence teams for alleged gangsters Nafiz Modack, Colin Booysen, Jacques Cronje, Ashley Fields and Carl Lakay, all arrested on 15 December on charges of extortion and racketeering, would like to see their clients back on the streets.

Modack, it has been claimed, has had a torrid time in Pollsmoor Prison so far with police flushing his sarong down a toilet and allegedly preventing him from taking his medication. Modack’s Louis Vuitton loafers, however, have escaped harassment so far and he has worn them to court at every appearance.

Bruce Hendricks, representing Colin Booysen, on Wednesday suggested to Kinnear that there were others “pulling strings behind the scenes” in this matter, including SAPS members, perhaps even himself and Major-General Veary.

Hendricks attempted to sketch a scenario that suggested that Kinnear and Veary were somehow working for an “old faction” in the protection and extortion racket in the city and run by “property developer” and club and hotel owner Mark Lifman along with his associates Andre Naude and Jerome “Donkie” Booysen (brother of Colin and leader of the Sexy Boys gang).

He told the court that Veary had interviewed his client, Booysen, and had told him while “pointing his index finger” at him, that he [Veary] was a former member of Umkhonto weSizwe (MK), the ANC’s armed wing, and that if he [Booysen] threatened anyone in the matter he would “do what he has to to protect them”.

Veary then “pointed at his [Booysen’s] chest and pulled his finger back like it was a gun”, said Hendricks.

Previously, the court had heard that Modack had bragged (and had been recorded) that he had two senior police officials in the region “in his pocket”. These were named as Major-General Mzwandile Tiyo, Western Cape head of Crime Intelligence and Major-General Patrick Mbotho, provincial head of detectives.

Kinnear told the court that Modack had met with another high-ranking SAPS official, Northern Cape police commissioner Risimati Shivuri, at the One & Only Hotel in Cape Town in May 2017.

The appearance of the five men has attracted a flock of media to the courtroom usually reserved for quick postponements, referrals to higher courts and bail applications. Perhaps this has led to the increasingly wild tales of murder and mayhem, the playing of secret recordings and other sensational claims guaranteed to attract attention.

But between the claims and counterclaims about the protection industry heavies and the cops, a few downright simple violations of the law pass through Court 16.

Like the man accused of stealing a car in December and who has been behind bars ever since. On Wednesday his attorney said her client had had no intention of stealing the vehicle.

He had been celebrating on the day and was drunk when the owner of the car had requested him for help push-starting his stalled vehicle. The accused, being the good Samaritan he was, agreed.

Unfortunately, as the engine fired to life, with the accused seated behind the steering wheel, her client, the attorney told Magistrate Joe Magele, had accidentally just kept on driving. This had later led to his arrest on charges of theft of a motor vehicle.

The bail hearing of Modack and the four other accused will continue on Friday. DM