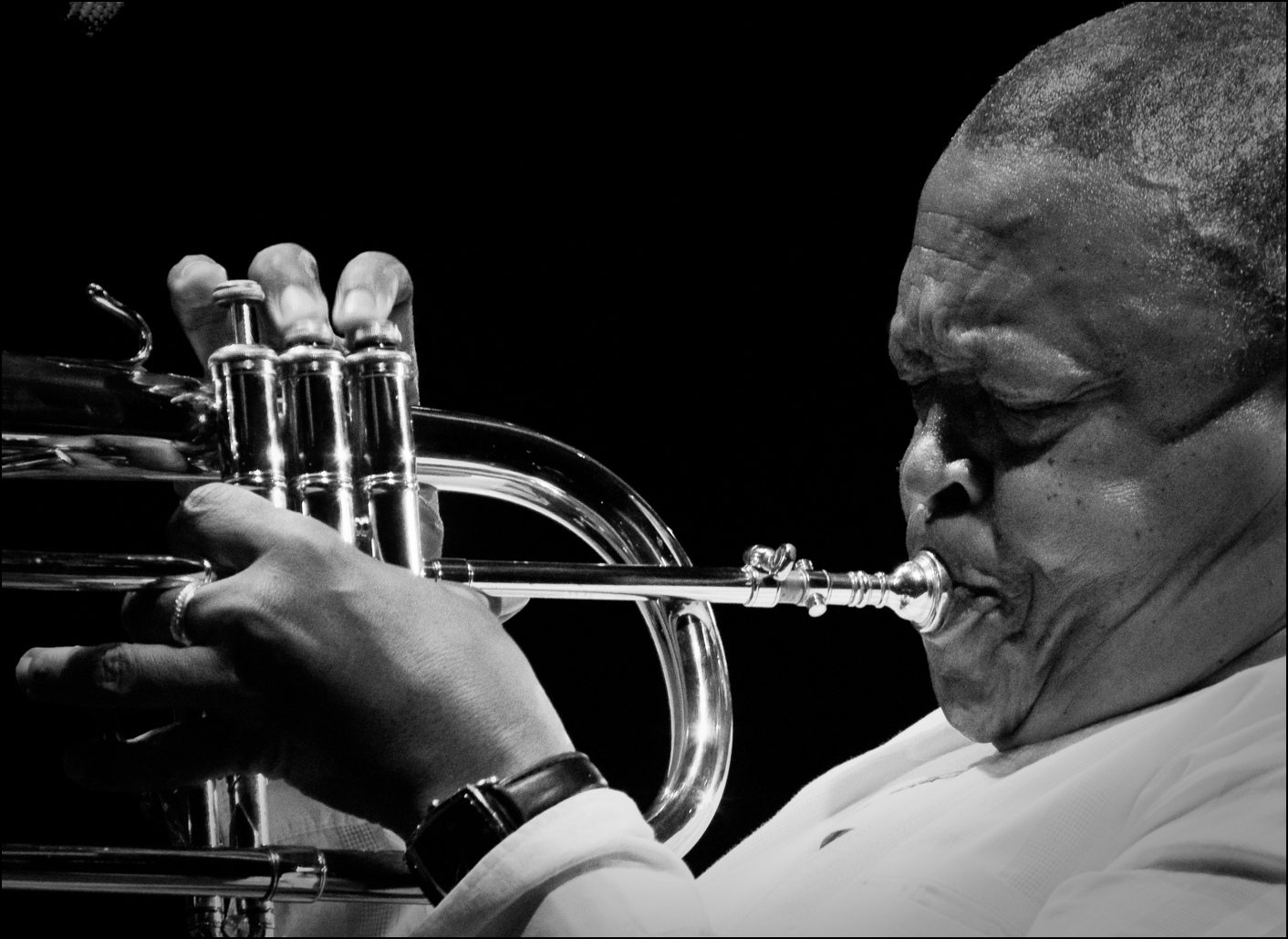 With the passing of Hugh Masekela, another of South Africa’s true legends has left us. It was announced on Tuesday by the musician’s family that 78-year-old Masekela had succumbed after a long battle with prostate cancer. In his almost eight decades, Masekela lived a life of extraordinary vigour and action: encompassing an apartheid childhood, global fame in exile, a battle with addiction and above all, a relationship with music that he described as borderline religious. Of such a man, one can truly say: he lived. By REBECCA DAVIS.

“It is with profound sorrow that the family of Ramapolo Hugh Masekela announce his passing,” a family statement released on Tuesday read.

It described Masekela as “a loving father, brother, grandfather and friend”, and paid tribute to “a life and ever-expanding legacy of love, sharing and vanguard creativity that spans the time and space of six decades”.

Details of his memorial and burial services are yet to be released, but Masekela’s passing is certain to be honoured by government with a high-profile official funeral. Masekela takes his place alongside a handful of other South African performers – Miriam Makeba and Abdullah Ibrahim among them – as a musician of truly global significance.

Masekela, once termed “the greatest living ambassador of South Africa’s jazz legacy”, maintained an indefatigable appetite for live performance until last year, when health problems forced him to cancel appearances.

“To me, my father has always been both ageless and immortal,” Masekela’s son Sal wrote on Facebook on Tuesday morning. “Of the countless shows I had the honour of watching my dad perform, each felt like the first, each felt brand new.”

As a boy growing up under apartheid, Hugh Masekela formed South Africa’s first be-bop group alongside Abdullah Ibrahim, drawing adoring audiences in late 1950s Sophiatown. Helped into exile by supporters following the Sharpeville Massacre, Masekela immersed himself in the world of jazz in 1960s New York. A number one hit in America – 1968’s Grazing in the Grass – catapulted him to international fame. Masekela would remain a fixture of prestigious concert halls and jazz festivals for almost the next 50 years.

Cultural activist Steve Gordon, who met Masekela in exile and worked with him on his homecoming tour as of 1991, told Daily Maverick: “The remarkable thing about Hugh is that he was a popular musician as well as a jazz musician. He’s seen by some as a jazz icon, but he was also a songwriter, multilingual, a trumpet and flugel horn player; he started out as a kid on the piano; and wasn’t shy to embrace an incredible range of musical genres. His legacy extends way beyond a narrow jazz audience.”

Wits musicologist Dr Lindelwa Dalamba says that it is important to remember that Masekela was more than the sum of his South African parts.

“Masekela is notable for being the Huckleberry Finn character – the person who goes to school and pursues music in defiance of what was expected – but unlike Huckleberry Finn and others, he became much more than a national story,” Dalamba told Daily Maverick.

During his travels within Africa while in exile, Masekela soaked up musical influences from all over the continent, Dalamba points out. Thanks to musicians like Masekela, South African jazz is not an inferior mimicry of American jazz, but its own beast, saturated with pan-African inflections. Dalamba suggests that his lessons in this regard are ongoing.

“The journeys that Masekela mapped for us as a nomad in exile cannot be said to have ended,” Dalamba says. “In these times of decolonisation, they are an important reminder that there is so much more within our own continent.”

Masekela never stopped seeking out new collaborations and new genres to learn from.

“Towards the end of his life, he was working with people like (producer) Black Coffee,” University of Pretoria music lecturer Phuti Sepuru told Daily Maverick. “He was still evolving. He was still a musician.”

Sepuru says that young jazz musicians in South Africa today try to emulate the particular quality of sound that Masekela produced from his trumpet.

Masekela’s live performances were characterised by his vast quantities of charisma and ebullience. But while he won the hearts of audiences at home and overseas, Masekela was never shy to speak his mind on politics or injustice. In particular, he had no interest in massaging South African race relations for the benefit of an international audience.

“What people don’t know is that from the time Europeans arrived in South Africa in 1652, until 1994, we were basically at war,” he told an American publication in 2015.

The apartheid government once tried to invite Masekela back from exile to perform as an “honorary white” – a gesture the musician described (in a 2012 interview as “right out of the fucking Marx brothers”.

In the same interview, Masekela said that he did not “have the power” to forgive white South Africans in the face of their ongoing economic domination.

One of his most passionate causes was the need for black South Africans to reclaim their culture and heritage with pride: a topic to which he devoted his 2017 address at the University of the Witwatersrand while accepting an honorary doctorate.

On occasion, his commitment to this principle got him into hot water. In 2015, Masekela attracted criticism from black women for saying in a radio interview that he disapproved of the tendency of young women to wear weaves rather than embracing their natural hair.

At one stage the chances of Masekela making it to 78 years of age must have seemed very slim.

In 2004 he described his life as both “long” and “dysfunctional”. He spent over 40 years in thrall to an addiction to drugs and alcohol, once estimating that he had blown as much as $50-million while pursuing these substances. Masekela said in later years that he realised that by the time he was 20, he was a full-blown alcoholic. After seeking treatment for his addictions in the late ’90s, the musician became a campaigner for combating substance abuse.

In his 70s he continued to drink, but more moderately. In 2013 Masekela told City Press that he still enjoyed a little wine or on occasional shot. “But I understand the art of not destroying (myself),” he added.

A self-proclaimed former womaniser, Masekela was married four times – once, briefly, to fellow legend Miriam Makeba – with his most recent divorce in 2013.

Asked in 2012 how he felt when surveying the long sweep of his personal history, Masekela said: “I don’t have anything to regret”. DM