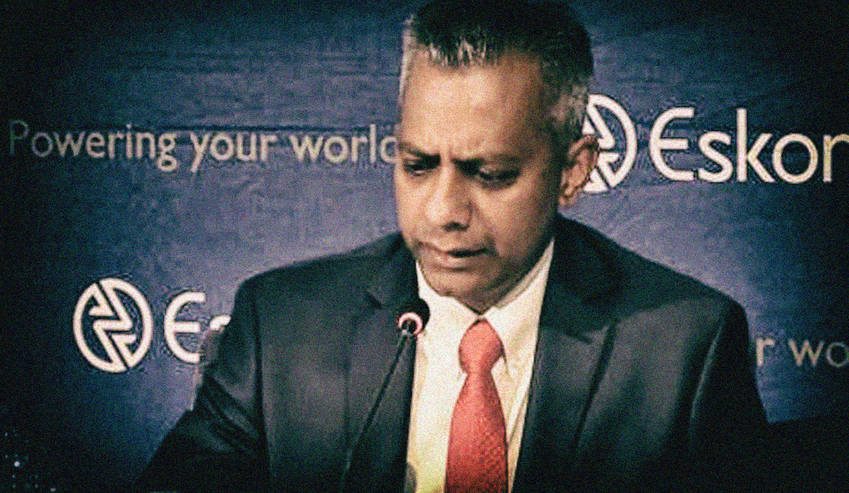 The first day back at Parliament after the end-of-year recess will see its inquiry into State Capture resuming where it left off in December. The only difference now is that after President Jacob Zuma’s extraordinary somersault, conveniently on the eve of the NEC meeting that was expected to discuss his future, it has been announced at last that plans are in place to establish an official Commission of Inquiry. By MOIRA LEVY.

So where does this leave Parliament’s inquiry into State Capture? Moving steadily onwards and upwards, said Committee of State Enterprises Chairperson, Zukiswa Rantho.

She didn’t use those words exactly, but indicated that Parliament intended to proceed as before. On Tuesday the committee is expected to hear evidence from suspended Eskom CFO, Anoj Singh. Late on Monday night, Eskom announced that Singh had resigned with immediate effect.

A legal Commission of Inquiry has the authority to decide if prosecutions should follow, and take its findings to the National Prosecuting Authority.

The committee’s inquiry into shenanigans at state-owned enterprise Eskom had the public transfixed and probably waiting in anticipation of Tuesday’s next exciting instalment. The last season ended with Eskom interim chairman, Zethembe Khoza, giving the Eskom board a humiliating score of three out of 10, while debate continued over whether Brian Molefe’s five-year contract made him a contract employee or a “permanent employee with a fixed term of five years” which would entitle him to a pension.

Meanwhile, Singh has tried by all means possible to keep away from the witness stand. On the final day of last year’s hearing he once again slipped the net by sending his 400 pages of evidence close to midnight, the night before he was due to give evidence, even though it had been requested six months before.

He was sent packing, but was not let off the hook. “See you in January,” he was told, and expect to pay your own flight, added Rantho, because, “We are not like Eskom where if we feel it necessary to give our friends a certain amount… We account to the public of South Africa.”

While the parliamentary inquiry and the pending official Commission of Inquiry will carry on in tandem, events seem to have overtaken them, with growing consensus across the ANC that State Capture must end, and those responsible held accountable, even if that is to be done “with dignity”. How that will work remains to be seen.

The ANC under Cyril Ramaphosa seems not to need much more convincing, and repercussions, even prosecutions, may be expected any day now, whatever an investigation may still turn up.

In an about-turn, Zuma declared recently that South Africa was to have a Commission of Inquiry into State Capture after all. This came more than 18 months after Public Protector Thuli Madonsela first recommended it in her report, State of Capture, which was in December found by the Constitutional Court to be binding.

Was Zuma listening when the chairperson of Parliament’s Portfolio Committee on Justice and Correctional Services called on Public Protector Advocate Busisiwe Mkhwebane to stop confusing everyone about the State Capture inquiry?

Committee chairperson, Dr Mathole Motshekga, called on Mkhwebane to respect the remedial action of her predecessor regarding the State Capture inquiry. This followed Mkhwebane’s alarming offer to help draw up the terms of reference of the official inquiry.

She had “perused” some of the information available, she said, and advised the president to make the terms of reference “broad enough to include the capture of all state institutions and SoEs, so that the ability of the commission to uncover the full extent of State Capture in South Africa is not constrained in any manner”.

The committee expressed concern about “conflicting and confusing” messages being relayed by the Office of the Public Protector.

It is to be hoped that Zuma was listening to this advice. If anyone ought to be blamed for causing public confusion over the on-off, and-on again State Capture Commission of Inquiry, it’s got to be Zuma himself. DM