Op-Ed: What’s wrong with our land reform programme – will a commission really help? 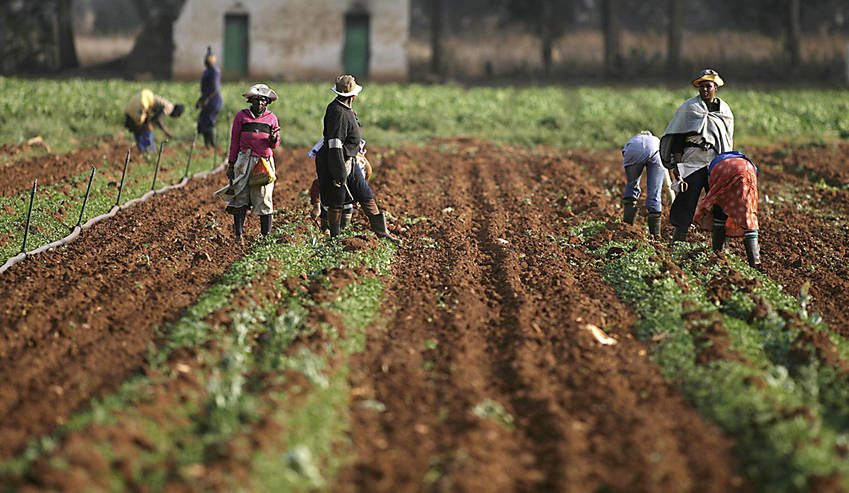 A commission of inquiry to interrogate this depressing state of affairs should make eminent sense. Or does it? By TERENCE CORRIGAN.

The commission of inquiry holds a privileged position in the repository of South African governance tools. Perhaps this is because we as a country value the opportunity that commissions provide to air our views publicly. Perhaps it is because of the gravitas that panels of respected and distinguished commissioners confer on the matters they preside over. As much as anything else, commissions of inquiry validate the importance of an issue, and offer the implicit promise that it is in good hands.

Another view of commissions of inquiry is less sanguine – rather than a means of taking action, commissions can be a substitute for it. In providing a forum for deliberation and rumination about a contentious issue, they help to divert public attention and diffuse emotion. As arms deal activist Terry Crawford-Browne once memorably quipped: “Commissions of inquiry have traditionally become places to park a hot potato until it gets cold.” With this goal having been achieved, the authorities may simply choose to ignore whatever reports and recommendations emerge. The Heher Commission into the feasibility of Fee-Free Higher Education and Training comes to mind…

The contrast between these perspectives is germane to Deputy President (and newly minted ANC president) Cyril Ramaphosa’s intention to appoint a commission of inquiry into the failure of so many of South Africa’s land reform initiatives.

It’s certainly an important issue. While South Africa’s public conversation around land reform has tended to home in on the slow pace of land transfer, it is equally important (probably more so) to take note of how it has been put to use. After all, the point of a rational land reform programme is not to satisfy political or ideological yearnings, but to provide assets that beneficiaries can put to work for their own upliftment, and for the good of society at large. Land reform programmes in Taiwan and South Korea, for example, made a substantial contribution to their respective transitions to wealthy, modern economies. In South Africa, by contrast, between 70% and 90% of land reform projects have failed. In some cases, production has fallen. In others, it has ceased.

So, a commission of inquiry to interrogate this depressing state of affairs should make eminent sense. Or does it?

South Africa has had in excess of two decades’ experience of land reform. The Restitution of Land Rights Act of 1994 was one of the first major pieces of legislation to be passed after the transition to democracy. The opportunity to learn from successes and failures has been there all along. Indeed, good policy management would demand that policy outcomes be monitored constantly, with lessons drawn accordingly.

In fact, there has been no shortage of analysis – readily accessible to anyone interested – of what has gone wrong with land reform.

One of the most obvious is the inadequacy of post-settlement support. This has been a long-standing problem (common to land reform schemes around the world), and one recognised by government. Support – whether in terms of finance or advice – has typically been inadequate, tardy or difficult to access. In addition, responsibilities for land acquisition and agricultural support have fallen under different administrations, with indifferent co-ordination. Respected agricultural economist Dr Hans Binswanger-Mkhize described the resulting situation in the following terms: “The problem is that the resources for on-farm investments, inputs and other support are allocated to beneficiaries in a process that is separate from the purchase or allocation of land. Separate application and approval processes are a heavy burden on beneficiaries and civil servants alike, which adds to the capacity problems. Investments and inputs are often delayed by months or years.”

Indeed, the Portfolio Committee on Rural Development and Land Reform was moved last year to state (with some apparent frustration): ‘The Committee reiterates that there is a need to integrate and streamline the entire land reform process to ensure that beneficiaries are well equipped to make a success of newly acquired farms. The Committee has also urged the Department of Rural Development and Land Reform to work closely with the Department of Water and Sanitation and the Department of Agriculture, Forestry and Fisheries to ensure that farms that are redistributed have water rights attached to them to enable immediate commencement of work.

The design of land reform programmes has produced another raft of problems. Binswanger-Mkhize identified this as one of the greatest hindrances to the success of land reform. Attempts to structure farming schemes on co-operative models, for example, have persisted in South Africa long after they went out of favour elsewhere decades ago. Projects have often been designed along lines appropriate for large-scale commercial operations, which are typically unsuitable for the needs of beneficiaries. Farming on a smaller, manageable scale, producing goods both for commercial and household use, would be a far better option.

Beyond this is the question of ownership. Property rights, securing people in their holdings, should be a key part of a successful land reform programme – particularly for those who were denied the protection of their property in the past. It is not always recognised that government policy has shifted from granting title to beneficiaries of redistribution schemes to promoting tenancy. In practice, this has often compounded the problem of insecure tenure, and it can constitute a major obstacle to the growth of commercial operations. Without title, land cannot be used to raise funds and to expand farming operations when opportunities present themselves.

Taken together, the dynamics behind the state of land reform are fairly clear. These factors are, of course, not exhaustive – the roles played by the weaknesses in state capacity, corruption, “capture” and the state of rural infrastructure are widely recognised. Indeed, government has attempted to address them, through such programmes as the Comprehensive Agricultural Support Programme and the Recapitalisation and Agricultural Support Programme, with mixed success.

Land reform has even been subjected to a commission of inquiry of sorts, through the High Level Panel on the Assessment of Key Legislation and the Acceleration of Fundamental Change, chaired by former president Kgalema Motlanthe.

Has a new commission anything to offer? The nature of the problems confronting land reform are generally well understood, and it is unlikely that such an exercise would produce any ground-breaking revelations.

Perhaps the more accurate question is whether a commission could have a positive impact. Past experience offers mixed encouragement: Motlanthe’s panel dismissed the suggestion that land reform was compromised by the need to offer compensation, but this is now party policy, and an idea that Ramaphosa has repeatedly endorsed.

But if a commission is able to prompt discussion and spur action in dealing with real, visible problems, as they have long existed – and not as an ideological narrative might wish they existed – its outcomes could be of inestimable value. Indeed, it might even get our land reform programme back on track. DM

Terence Corrigan is a Policy Fellow at the SA Institute of Race Relations (IRR), a liberal think tank that promotes economic and political freedom

File Photo: Farm workers are seen at a farm in Eikeihof outside Johannesburg September 30, 2008. REUTERS/Siphiwe Sibeko