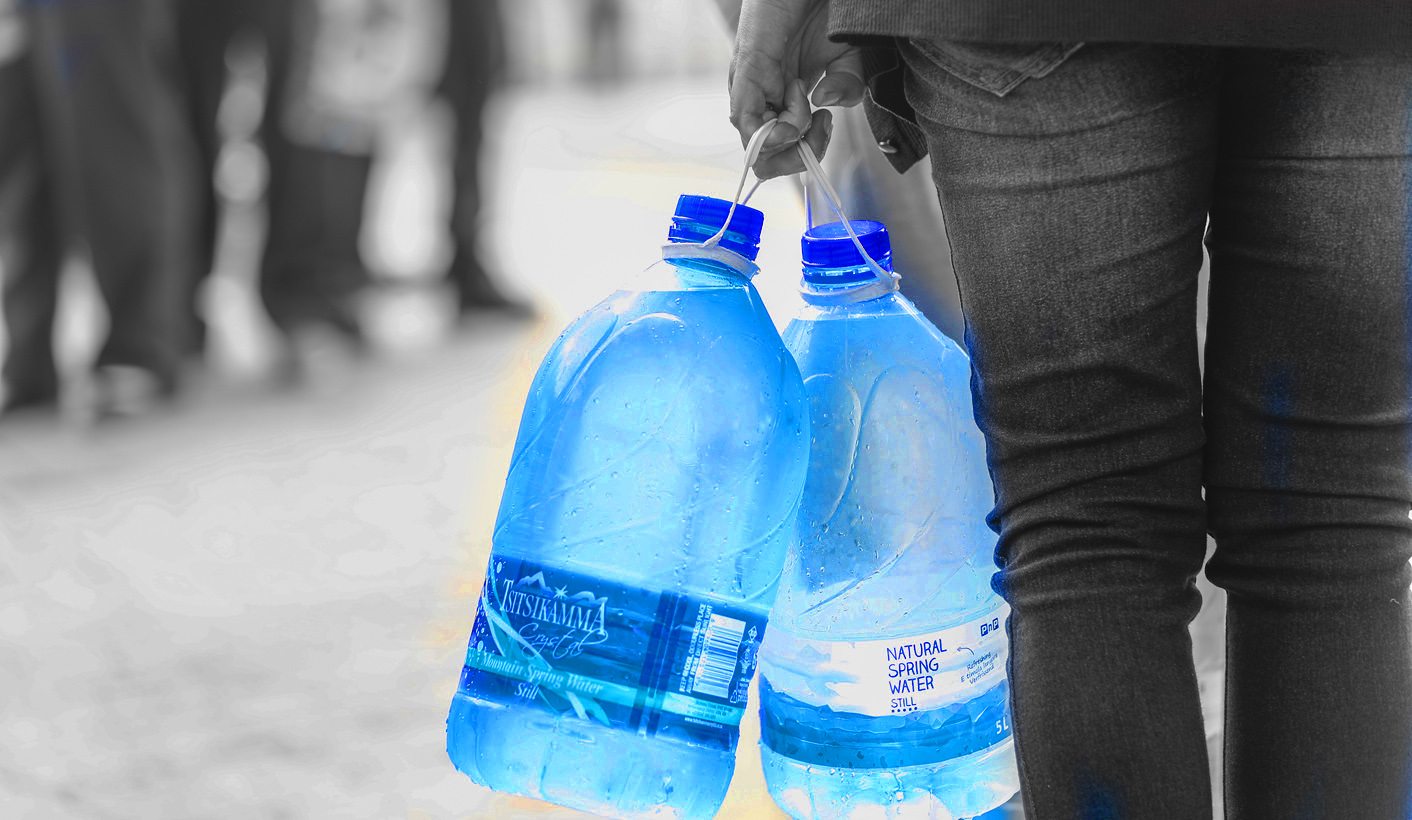 Towards the end of last week the City of Cape Town announced that at the current rate the taps will run dry in Cape Town on 21 April and that it would soon announce the City’s 200 water collection points. These are central locations that can be secured with riot police and include places such as sports fields and schools. The mayor has explained that after 21 April “citizens would line up to receive up to 25 litres of water per person, with a separate queue for the differently abled. Prior to filling their vessels, each person would be given a dose of hand sanitiser.” I’m sorry, but, What. The. Hell?! By NIC SPAULL.

How the hell did we get this close to what will be the biggest natural disaster of the post-apartheid period and the majority of Capetonians are carrying on business as usual? Only 39% of residents are using less than 87l of water – the previous, and now surpassed, restriction (the current restriction is 50l a person). In history, it has never happened that a city the size of Cape Town has run dry. As a Canadian headline announced this week: “Cape Town at risk of becoming the first major city in the world to run out of water” (Globe & Mail).

It is clear that there has been an outright failure of leadership in the City of Cape Town. How is it that we have been having a drought for more than 1,000 days, with water management experts advising the City on a constant basis and yet only now, with 90 days to go, are they escalating things? Patricia de Lille has been the mayor of Cape Town for more than six years and the DA has run the Western Cape for more than seven years. It’s been years in the making. It is beyond clear that the blame for this crisis lies ultimately with the City of Cape Town and their too-little-too-late responses to an imminent catastrophe.

How has the City not already exacted drastic action to ensure that we never reach Day Zero? Why has it taken so long to radically and drastically escalate the issue in the public’s mind? The province’s ‘Resilience Officer’ dealing with the drought is currently on gardening leave because of an internal spat about the MyCiTi Bus procurement processes. The media strategy of the City of Cape Town is an absolute disaster. Why has the province not passed emergency measures in the legislature to require all Western Cape targeted media outlets to devote at least 10% of their prime-time coverage to either public service announcements on the drought or how to reduce water consumption? Why is there no blimp above the CBD announcing “Day Zero: 21 April! REDUCE WATER or taps run dry”? Instead the City pushes its pathetic #ThinkWater message. Who is advising the City on their public relations campaign?! This is about an imminent natural disaster, not a preschool slogan for Water Day. If I can get daily SMSes for insurance I don’t want, or from political parties I won’t vote for, why can’t I get SMSes about what Day Zero looks like, where my local water collection point is or some equally scary information to make me change my behaviour?

Tom Eaton points out that in 2018 Mmusi Maimane tweeted as many times about his child’s first day of school as he has about the largest natural disaster in the post-apartheid period – that is to say, once. Of the 76 tweets in 2018 by @CityofCT (their official Twitter account), less than a quarter have been about water. More than half are inane messages like “Top of the morning to you, Cape Town. With a high of 22, you can expect clouds and sunshine with a windy afternoon.” I don’t want the City to wish me a joyous morning and a jolly good night. I want them to make sure that I have water in my taps.

Of the City of Cape Town’s seven big initiatives to get more water online (V&A, Strandfontein, Monwabisi, Harbour, Cape Flats, Atlantis and Zandvliet), six are delayed and behind schedule. The City’s threats of fining excessive users or throttling their water have not materialised. Together with these empty threats and in-fighting within the DA, the City has not managed to get water pricing right or publicly shamed non-compliers. Why is there no publicly available list of the top 200 addresses that are openly flouting the City’s restrictions?

It’s also not as if this is the first time this has happened in the world. From 1997 to 2009 Australia faced the Millennium Drought. Melbourne, also a city of four million people, managed to drastically reduce water consumption by 50% and pre-emptively implement a slew of policies and programmes to avoid a humiliating and dystopian scenario of a city running dry. This included setting up an emergency body mandated with decision-making during the drought. It had an expert advisory group with independent experts and full transparency (Google “Low and Grant 2015 Fighting drought with innovation” for an academic overview).

The fact that we are approaching a natural disaster and the majority of Capetonians are still living their best lives and ignoring the extremely mild reproaches of government means that someone needs to take drastic action. Whether that is the premier, the mayor or the president remains to be seen. Whoever takes up that mantle needs to step into the vacuum that has been left by a wave of incompetence and denialism. Call an emergency lekgotla with all the MECs, the top 50 CEOs, the vice-chancellors of universities, editors of newspapers, the heads of civil society etc. Pass legislation that needs to be passed, take out full-page ads in every newspaper every day. How is this not the single most important thing happening in our province at the moment?

This is not about the ineptitude of some dingy Department of Water official failing to plan properly but about politicians and bureaucrats doing too little too late. The scale of this crisis is such that, if unresolved, it could cripple the City. A fall in tourism, a loss of jobs, declines in property prices, widespread sanitary diseases. That sounds quite dystopian, but that’s what happens when the taps run dry. The DA and the City of Cape Town need to accept that they should have escalated this issue far sooner, and then begin a massive escalation initiative to hit the complacent middle-class with real consequences. The time for kumbaya messages is over. DM

Dr Nic Spaull is a Senior Researcher in the Economics Department at Stellenbosch University. He is on Twitter @NicSpaull and blogs at NicSpaull.com.