Analysis: Two Koreas, One team, One flag – but will it stop the bomb? 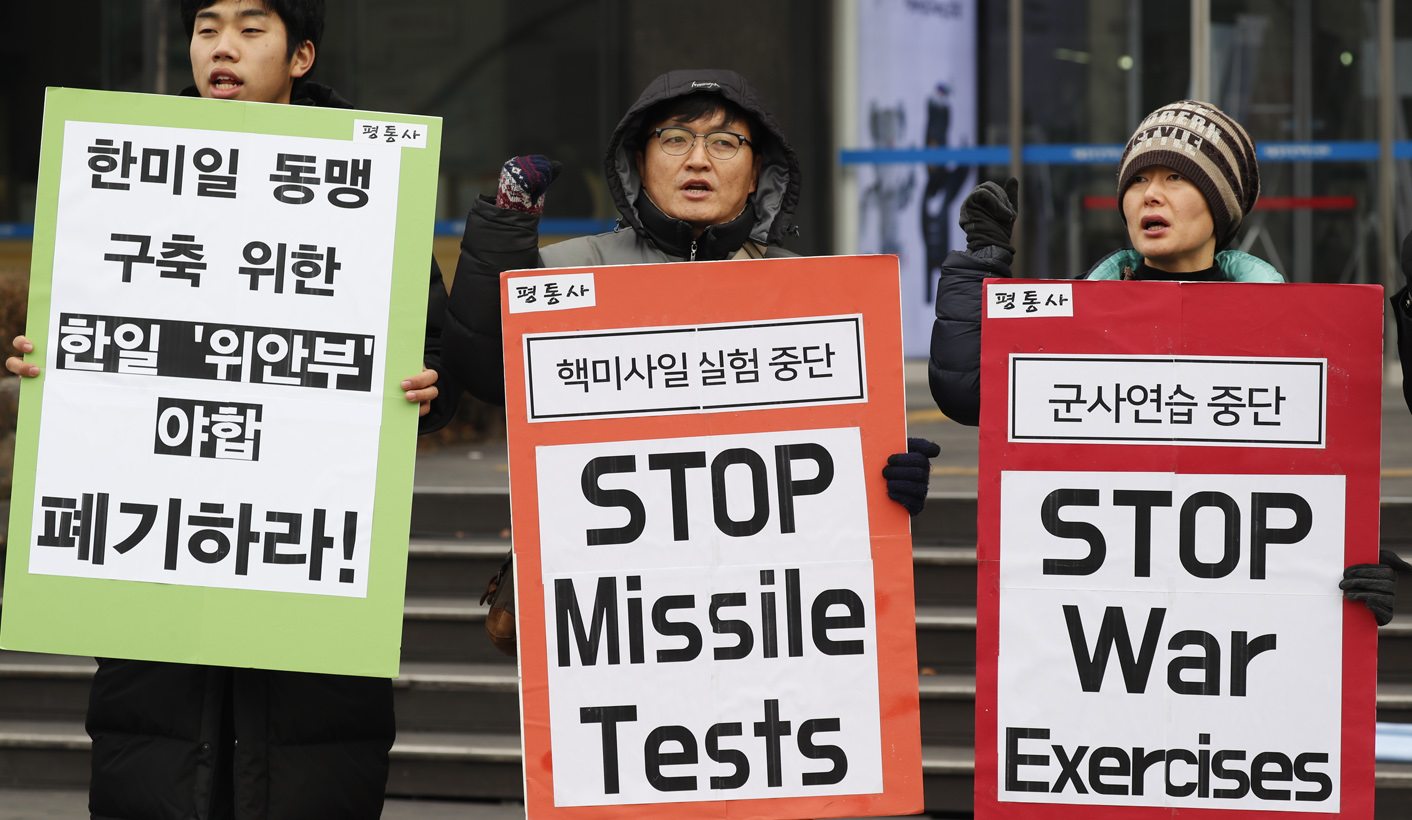 The collaboration between the two Koreas is happening amid growing international pressure on North Korea to abandon its accelerating programme of testing nuclear weapons and ballistic missiles to deliver them. Washington is leading the efforts to put the squeeze on Pyongyang. By PETER FABRICIUS.

The United States is hopeful – but apparently not optimistic – that North Korea’s overture to South Korea about creating a united team for this year’s Winter Olympics could lead to wider talks about ending Pyongyang’s nuclear weapons programme.

The two Koreas have agreed to march under a unified Korea flag at the Olympics in Pyeonchang in South Korea in February and to field a joint women’s ice hockey team. The plans include the north sending a large delegation – including 230 cheerleaders, 140 orchestral musicians and 30 taekwondo athletes.

The plans still have to be endorsed by the International Olympics Committee and some South Koreans are sceptical, especially about the joint ice hockey team, fearing it could spoil their chances of winning a medal.

South Korean Foreign Minister Kang Kyung-wha told the BBC this week her government was aware that Pyongyang might be playing for time to reduce international pressure to end its nuclear weapons programme.

Nevertheless South Korea would continue the high-level talks with “clear eyes”. “We have to make the most” of the opportunity, she said.

The collaboration between the two Koreas is happening amid growing international pressure on North Korea to abandon its accelerating programme of testing nuclear weapons and ballistic missiles to deliver them. Washington is leading the efforts to put the squeeze on Pyongyang. Since 2006 the UN Security Council has adopted 10 resolutions, four of them last year alone, to ratchet up the pressure.

The sanctions now bar almost all exports from North Korea and all oil exports to the country, except for 500,000 barrels of refined fuel annually, as US Acting Deputy Assistant Secretary for the Economic Bureau Sandra Oudkirk explained in a telephone briefing with African journalists on Wednesday. She said if all UN member states implemented the mandatory sanctions, they would reduce North Korea’s 2018 export earnings by nearly 95% from its 2016 earnings.

In addition the US has imposed its own sanctions, which would punish any individual or company in the world which does business with North Korea. The US officials said the sanctions were intended to deny any revenue to North Korea for developing its nuclear arms.

Deputy Special Representative for North Korean Policy Mark Lambert was asked if the US believed the talks between the Koreas about the Olympics could open an opportunity for broader talks about easing nuclear tensions.

He replied that the US had been in very close contact with the South Korean government and that South Korean President Moon Jae-in had spoken twice to President Trump about the overture that North Korea had made.

“For now its sounds as though most of the discussions are going to be aimed at securing a safe and secure Olympics. But hope does spring eternal.

“We are hopeful that some sort of overture will be made by the North Koreans indicating their willingness to address the need to de-nuclearise the Korean peninsula. “However to date we have not seen or heard anything from the North Koreans to that effect,” Lambert said. DM

Photo: South Korean protesters hold up placards during a rally against US policy towards North Korea near the US embassy in Seoul, South Korea, 16 January 2018. Protesters gathered to demand peace talks between the US and North Korea ahead of North Korea’s participation in the Winter Olympics in PyongChang. EPA-EFE/JEON HEON-KYUN