SassaGate: Two steps forward, one back, as CPS demands payment for ‘breach of contract’ 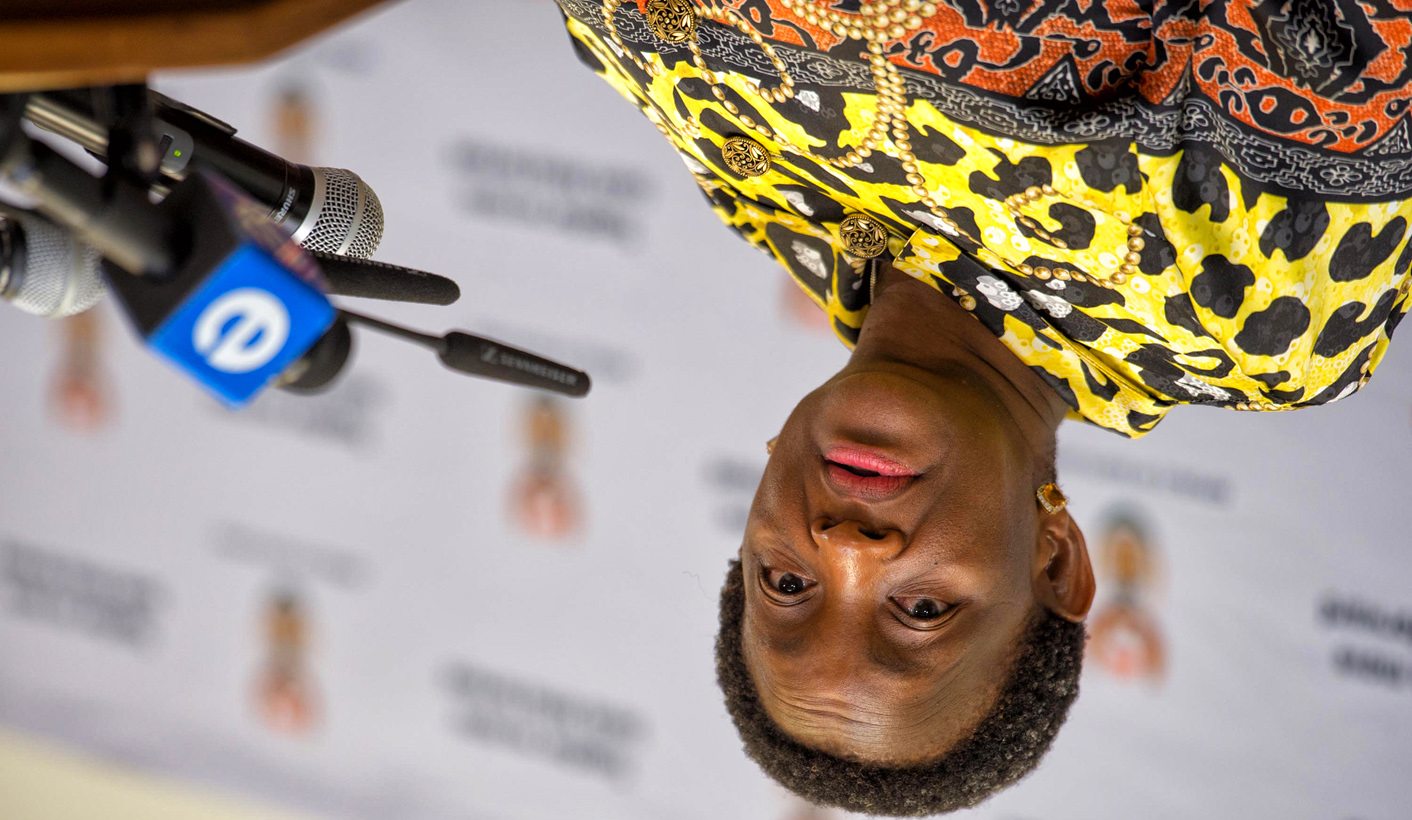 In a race against time, and as Sassa acting CEO Pearl Bhengu filed the agency’s fourth report to the Constitutional Court regarding progress on the future payment of social grants, it has emerged that Cash Paymaster Services demanded R1.3-billion from the embattled agency. The disputed amount - since reduced to around R800 million - was for an alleged breach of the terms of social grant payment contracts in five regions dating back to 2006. Meanwhile, while the latest report by Sassa to the court indicates some progress has been made, it is thin on detail as the 31 March 2018 deadline fast approaches. By MARIANNE THAMM.

In various reportbacks to Parliament’s Standing Committee on Public Accounts as well as in the presentation of its 2015/16 annual report, Sassa has always admitted that it has a recorded a massive R1,047,411,308.00 (in other words, a billion rands) in irregular expenditure.

Scopa committee members have, on several occasions, attempted to excavate and dissect this amount, but proceedings have for the past year been consistently derailed by the much more pressing matter of Sassa’s preparations to act as paymaster for the payment of some 17-million social grants, breaking its costly reliance on CPS.

Resignations of senior staff, no-shows by Minister Bathabile Dlamini as well as vague outlines of work performed resulted in 2017 in a permanent sense of crisis involving any interactions with Dlamini and Sassa officials.

By December 2017, an Inter-Ministerial Committee (IMC) headed by Jeff Radebe was forced to step in and finalise a deal with the South African Post Office (SAPO) for a phased-in takeover of the payment of social grants amounting to R10-billion a month.

The 2012 contract with CPS, which was declared invalid by the Constitutional Court in 2013, has been at the heart of the matter ever since. In March 2017 the ConCourt had no other option but to extend the CPS contract for a further 12 months when it became horrifyingly evident that Sassa was in no way ready or capable of doing the job, this in spite of millions spent on ‘workstreams’, irregularly appointed by Dlamini.

Then, early in December, after a deal with SAPO had been struck with the help of the IMC, Sassa in its third report-back Sassa informed the Constitutional Court that it would need, once again, to contract CPS – at least for the cash payment of grants – for at least six months while the new system with SAPO is phased in this year.

CPS is not a philanthropic organisation and it will no doubt extract a deal that will make shareholders happy.

The announcement quickly drew the ire of lobby group OUTA with Dominique Msibi, the organisation’s portfolio manager for social services, urging the court not to allow any further extensions and to hold Dlamini “personally accountable for creating the parallel process that enabled her and her supporters in her department to engineer the grants payment crisis”.

Meanwhile, after a query by Athandiwe Saba of the Mail&Guardian with regard to claims by CPS that it was owed R1.3-billion and which Sassa appears to have attempted to keep secret, SASSA CEO Bhengu lashed out, rejecting the claim.

“The South African Social Security Agency (Sassa) has rejected allegations of claims of over R1-billion by Cash Paymaster Services (CPS) based on the alleged breach of the terms of the social grant payment services contracts. The said contracts in question were concluded in 2009 for the following regions: Eastern Cape, KwaZulu-Natal, Limpopo, Northern Cape and North West,” Bhengu said in a statement.

After Sassa had rejected the claim the matter had been referred to arbitration.

“The parties have attempted several times to have these matters settled (with Sassa preferring the withdrawal of each matter without any form of payment). However, the discussions on settlement for the preferred solution did not succeed, and arbitration proceedings had to ensue. The initial amount claimed by CPS was R1.3-billion. The claim has since decreased to R792,853,000” said Bhengu.

She added that CPS had recently confirmed that it was no longer proceeding with its claims for the Eastern Cape, KwaZulu-Natal and Northern Cape regions and this had consequently led to the withdrawal of Sassa’s counterclaim. Claims for Limpopo and North West will be heard in July 2018.

Interestingly, it appears as if Sassa has not included the R792,853,000 in its breakdown provided to Scopa with regard to irregular expenditure.

In Sassa’s latest report to the Constitutional Court, Bhengu outlines that the agency had conducted a pilot in December, paying 100 grants directly into beneficiaries’ bank accounts. The transfer occurred without hitch.

Bhengu also set out Sassa’s holiday season communication drive informing beneficiaries of the implications of the transition “and the benefits of receiving their social grants via bank accounts provided by a commercial bank or financial institution of their choice”.

During November 2017 beneficiaries had been informed of the new options and as a result, 10,591 new beneficiaries provided their banking details to Sassa, Bhengu said.

So far, special disbursement account requirements had been concluded and agreed to with SAPO, a starter database of beneficiary bank accounts had been sent to SAPO, and biometric data had been extracted and was ready to be transferred to SAPO.

Also completed was the preparation for the bulk verification of existing data and Sassa was in the process of activating this data exchange capacity with the Department of Home Affairs. Card requirements had been defined and completed and Sassa card specifications had also been completed.

SAPO and Sassa were working on a joint operation call centre with full-time officials to deal with queries, said Bhengu.

Approximately two million beneficiaries already receive social grants electronically and these had been informed that February 2018 payments would be made directly into their bank accounts.

Sassa had also identified the need for a bank account that would offer services at no cost and was in talks with Treasury to ensure that social grants would be paid to recipients at the lowest cost to both the state and beneficiaries. This proposal would be “interrogated” further this month.

Draft Integration Architecture had been developed, Bhengu informed the court, and would be finalised before the end of January.

Scopa plans to meet with Sassa officials and Minister Dlamini later this month when they can expect another grilling with regard to the almost R800-million paid to CPS over and above other irregular payments the agency has declared. Scopa will also interrogate why the contract with CPS for the payment of cash needed to be extended once again. DM