ISS Today: The African Union finally wakes up to Trump

ISS Today: The African Union finally wakes up to Trump 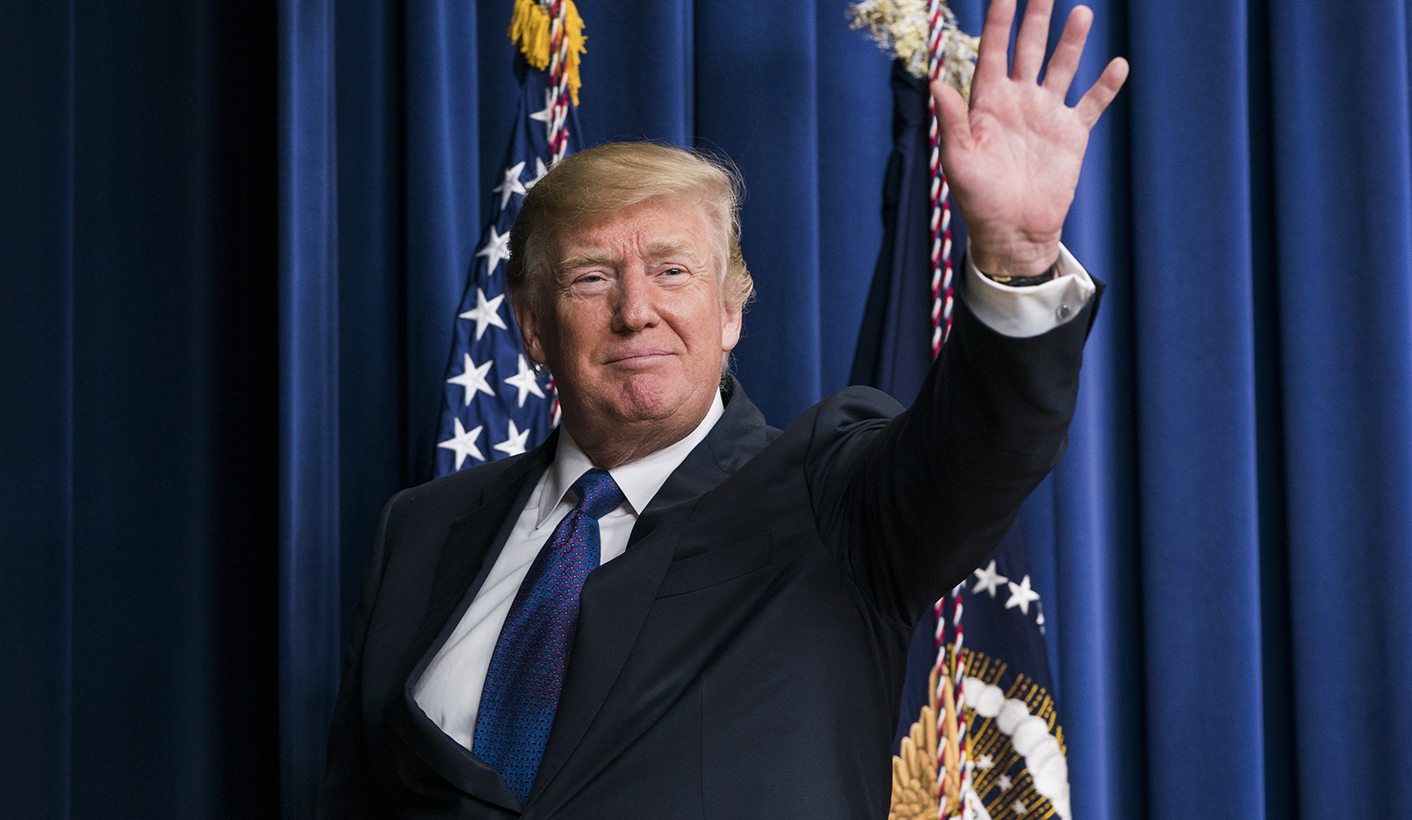 The AU’s anger at Donald Trump’s derogatory remarks is unusual for an organisation that rarely speaks out. By Liesl Louw-Vaudran for ISS TODAY.

The reaction of the African Union (AU) to United States (US) President Donald Trump’s latest utterances during a discussion in the White House about migration and refugees came as a surprise to many AU watchers.

Ebba Kalondo, AU Commission spokesperson, told news agencies on 12 January that she was “frankly alarmed” by Trump’s vulgar remarks – allegedly referring to Haiti and African countries as “shitthole countries”. She said Trump’s statements were particularly surprising since “the US remains a global example of how migration gave birth to a nation built on strong values of diversity and opportunity”.

Kalondo’s boss, AU Commission chairperson Moussa Faki Mahamat, met US ambassador to the AU, Mary Beth Leonard, at his headquarters in Addis Ababa on 15 January. “I took the opportunity to express the AU’s outrage” at Trump’s comments, Mahamat tweeted after the meeting. He said earlier that he was “dismayed” given that “the US is a unique example of how migration contributes to nation-building based on the values of diversity, tolerance and opportunity”.

The AU mission to the United Nations (UN) in Washington asked for a retraction and an apology and said the remarks “dishonour the celebrated American creed and respect for diversity and human dignity”.

This flurry of reaction from the AU is unusual for an organisation that rarely speaks out on current affairs issues affecting ordinary African citizens. Up to now, official AU reaction to Trump’s statements and travel bans, which have affected several African countries, has been muted.

In January last year, at the 28th AU summit in Addis Ababa, Mahamat’s predecessor Nkosazana Dlamini Zuma did remark that “the very country to whom people were taken as slaves during the Trans-Atlantic slave trade has now decided to ban refugees from some of our countries”. This aligns with some of the comments from the AU last week. In September last year, Mahamat said he was “perplexed” by Chad’s inclusion on Trump’s travel ban – but there didn’t seem to be any official AU statement.

The fact that hundreds of thousands of African refugees and migrants risk their lives to seek a better life elsewhere has certainly been a tricky issue for the AU. There has been little formal discussion in the AU since the crisis of migrant deaths in the Mediterranean started several years ago. Only late last year, after a CNN video showing migrants being sold as slaves in Libya, did Mahamat and the AU make plans to help get the migrants home to safety. A high-level meeting on migration was also held in Morocco earlier this month. A report on migration is expected to be tabled by Morocco at the 30th AU summit starting in Addis Ababa next week.

So does this expression of outrage against Trump mean the AU will be more forthright in future? Will it engage with the rest of the world on the issue of migration and refugees?

Of course, the downside of taking a stand is that it leaves the AU open to attack. Since Kalondo’s remarks, social media has been abuzz with accusations against the AU’s habitual inaction and failure to condemn “corruption and bad governance” in Africa. Others say the AU should “focus on human rights and improving our economies rather than fixating on Trump’s newest diplomatic blunder”.

South African columnist and gender activist Sisonke Msimang says Africans shouldn’t waste their time reacting to Trump, but should rather acknowledge the hardships of Africa’s poor.

Despite the criticism, the AU’s statements and Kalondo’s quick reaction could be seen as a move in the right direction for the AU. John Stremlau, visiting professor in international relations at the University of the Witwatersrand, says Kalondo’s statement drew attention to the US tradition of aspiring to higher moral values. Stremlau recently authored a report on the first few months of Trump’s presidency. He says by emphasising “shared values” of democracy and civic principles in the US and Africa, Kalondo is speaking “over the head” of Trump to those in the US who seek the “moral high ground”.

African heads of state and the AU have been largely silent over the issue of Trump up to now, because they have been perplexed, just like other world leaders and analysts – and no one “could see what this is leading to” says Stremlau.

He says while Trump’s authoritarianism, “tribalism”, attacks on the media and repression of critics will resonate with African strongmen, there is a historic shift in Africa towards creating “regional diplomatic norms”. The AU’s Constitutive Act and the African Charter on Democracy, Elections and Governance are examples.

Following the AU statements, several African leaders – including Ghana’s former president John Dramani Mahama and Senegal’s President Macky Sall – have spoken out against Trump’s comments, calling them racist and insulting. In several countries the US ambassadors were summoned to explain Trump’s remarks – a démarche, in diplomatic terms, that sends a strong signal of disapproval from a host country.

The position of US ambassador in South Africa has been vacant for over a year now since former ambassador Patrick Gaspard left at the end of 2016. The fact that Trump hasn’t yet appointed ambassadors in key countries like South Africa and elsewhere in Africa, and that the post of assistant secretary of state for Africa is still vacant, indicates his general indifference when it comes to the continent.

The diplomats who are in place have tried to mend fences in the past few days by stressing the existing good relations between Africa and the US. The acting ambassador in Pretoria said her country “deeply respects the people of Africa”. The US embassy to the AU tweeted that “the US deeply values its enduring partnerships with Africa”.

The comments made by African leaders at the upcoming AU summit in Addis Ababa starting on 22 January will indicate whether or not these diplomatic overtures have been successful. DM