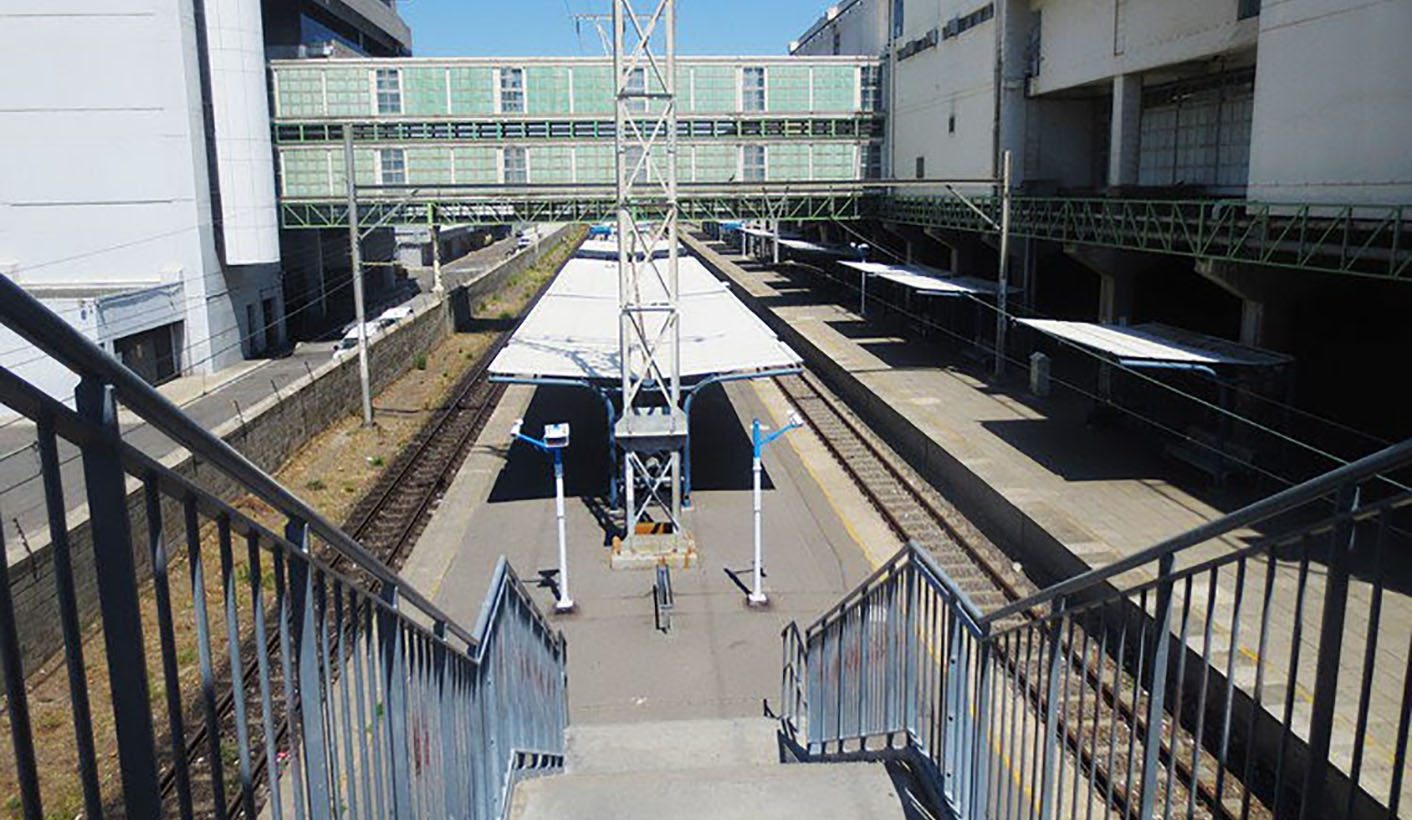 Commuters were left stranded as Prasa employees closed down services. By Tariro Washinyira for GROUNDUP.

The railway line between Khayelitsha and Cape Town has become a “war zone”, says Steve Harris, General Secretary of the United National Transport Union. The Metrorail train service on this line has been suspended following a refusal by UNTU members to work until safety conditions have improved.

UNTU members stopped work after a security guard was shot dead at Chris Hani station in Khayelitsha on 8 January, causing a shutdown on the central line. This is the second time in two months services on this line have been suspended. In December Metrorail suspended the service as a result of “sustained vandalism, cable theft and the destruction of critical infrastructure in the Bonteheuwel-Netreg-Nyanga area”.

Commuters from areas like Langa, Heideveld and Khayelitsha, which the central line serves, told GroundUp how they battle to get to work.

A Heideveld commuter who identified herself as Mercy said she had to spend an extra R25 a day to get to her domestic worker job in Sea Point.

“Last week I missed work three times in a row because I didn’t have transport money. I had to borrow R300 from a friend, which is still not enough to cover the month’s transport. During peak hour, taxis charge R5 more per trip. Tomorrow schools are opening and I will need money for stationery, cool drinks and bread for the child’s snacks,” she said.

Harris said the union would meet Prasa management on Wednesday to come up with a solution to the problem of safety on the line, which had “become a war zone controlled by criminals who continue to vandalise the deteriorated remaining infrastructure daily.

“The result is that thousands of commuters, who used these trains to travel to and from work, are now stranded and have to find other transportation as UNTU was forced to withhold the service of our members on this route. It has become a life-threatening working environment.”

UNTU would reconsider its position on the central line after the meeting.

Dalton Ndongeni of Public Transport Voice, an organisation which fights for quality and equality in public transport, told GroundUp that commuters were in financial difficulty after the holidays and many had to borrow transport money from loan sharks as a result of the shutdown.

He said some were forced to take leave until the situation changed. Some commuters were walking long distances, putting them at risk from thugs.

Prasa had made an arrangement for commuters to use Golden Arrow Bus Services, but this did not apply in peak hours. The buses were only available after 09:00, and most commuters had to be at work by 08:00, he said.

“We appeal to Prasa to come with an immediate solution that includes a safety and security plan not only for employees but also for commuters. We’ve been highlighting these security issues for a long time,” he said. DM