Foreign Relations: SA fails to respond to US request to downgrade relations with North Korea 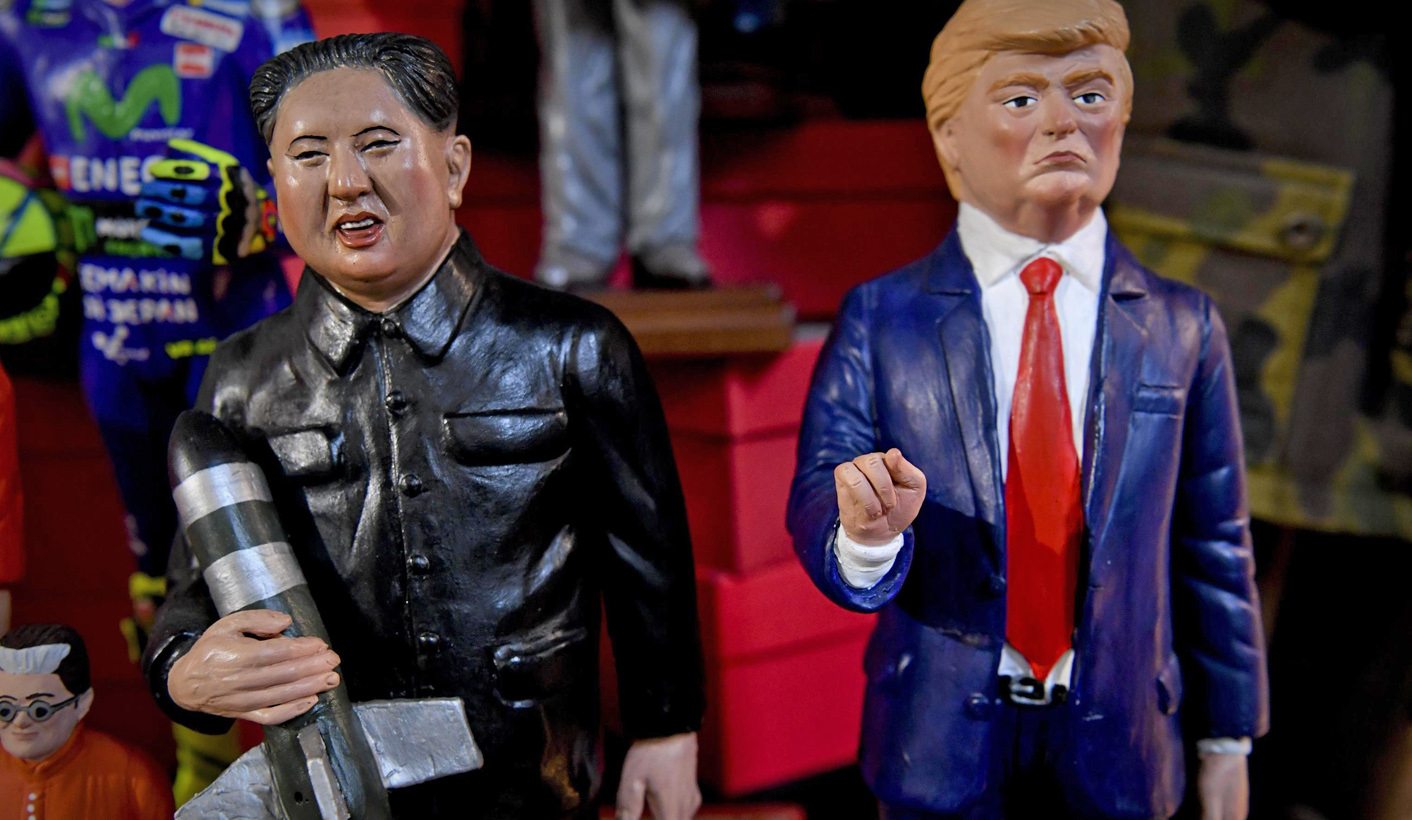 South Africa has so far “not given a clear answer” to a request from the United States to sever or downgrade relations with North Korea because of its nuclear weapons programme. By PETER FABRICIUS.

Deputy Special Representative for North Korean Policy Mark Lambert said this on Wednesday. He noted that Washington had issued a request to sever or downgrade relations with North Korea to all the countries of the world as part of its campaign to isolate Pyongyang and prevent it developing the capability to strike the US with nuclear warheads. North Korea has repeatedly threatened to do this.

Pretoria, which maintains a firm international stance against nuclear proliferation, has been sharply critical of North Korea for continuing to detonate nuclear warheads and testing ballistic missiles to deliver them in violation of strong prohibitions by the UN.

But South African officials were unable to say on Wednesday how they would respond to the US request.

He reportedly said this in a meeting with US legislators of both main parties about immigration policy.

Scott maintained that America’s relations with Africa remained strong, citing the visit of 37 African ministerial delegations to Washington late in 2017 to meet Secretary of State Rex Tillerson and a recent visit to Africa by one of his deputies. Tillerson himself was also scheduled to visit many African countries soon, he said.

The officials said half a dozen African countries had taken explicit steps against North Korea, in response to the extensive, mandatory UN Security Council sanctions spelt out in 10 separate resolutions since 2006. Four of these had been passed 2017, in response to North Korea’s accelerating nuclear weapons and ballistic weapons programme.

Acting Deputy Assistant Secretary for the Economic Bureau Sandra Oudkirk said these sanctions haad been designed to deny revenue to North Korea which it could use to advance these programmes. The measures include bans on almost all North Korean exports, including coal, iron, lead, textiles, seafood, heavy machinery, electrical equipment and agricultural products.

The sanctions also prohibit UN member states from employing virtually all categories of North Korean workers. Oudkirk said that these workers, including many in Africa, received little or none of their wages which were instead sent home to finance their government’s nuclear weapons programme.

If all such UN sanctions were implemented fully, they could reduce North Korea’s export earnings in 2018 by as much as 95% of its 2016 export proceeds, Oudkirk said.

But she added that in September 2017, America had issued Executive Order 13810 which introduced additional US-only sanctions which enabled Washington to block any individual or company in the world from doing business in the US or to seize their property in the US if they also did business with North Korea.

The officials stressed that the US was not singling out Africa for special attention. It was trying to persuade all countries to cut ties with North Korea. They acknowledged that North Korea’s commercial ties with Africa were small. Nevertheless the US was trying to stop even the smallest amount of revenue reaching North Korea since it would probably be used to increase “the single greatest security threat to the US”, Lambert said.

Because of this threat the US was using political, economic and military pressure against North Korea, not to overthrow the Kim regime but to compel it to enter negotiations to disband its nuclear weapons.

He made it very clear that the US and the interational community at large would “never, ever, ever” accept a nuclear-armed North Korea.

Among the measures the US is undertaking is to pressure African countries like Sierra Leone, Cote d’Ivoire, Togo, Tanzania and Comoros to stop allowing North Korea to fly their national flags as flags of convenience on its ships as a cover for it to transport cargo in violation of UN sanctions, Scott said.

Any company that engaged in this activity risked losing not only its cargoes but also its ships, he added.

And he said North Korea was also maintaining military-to-military ties with several African countries, including sales of small arms and other equipment and providing military training to them. These all violated UN sanctions.

In several poor African countries, companies were also employing North Koreans to do work that could be done by local poor people.

North Koreans were also involved in the smuggling of wildlife from African countries, including rhino horn and other products protected by the CITES convention against the trade in endangered species.

The officials added that several North Korean companies and individuals based in Africa had also been involved in North Korea’s nuclear proliferation efforts since January 2015. DM

This article was updated with additional information on Thursday 18 January at 1pm.