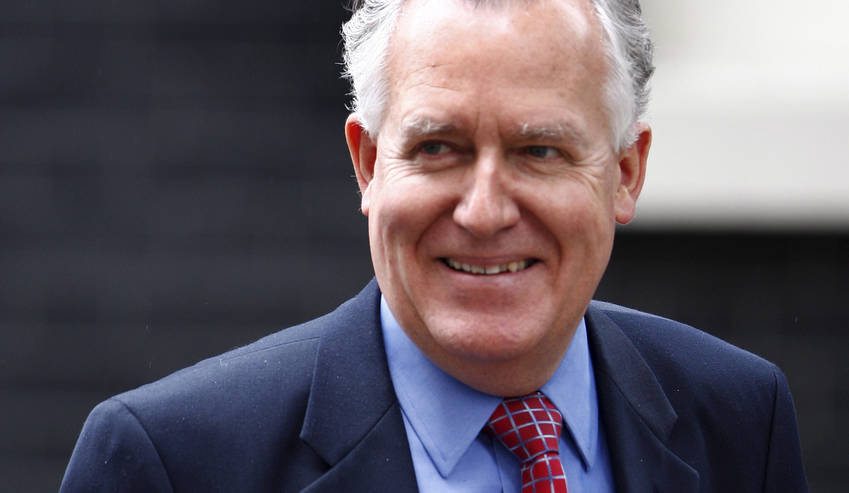 International law firm Hogan Lovells is “disappointed” by Lord Peter Hain’s “unfounded accusations” over the firm’s handling of the Jonas Makwakwa debacle, the firm’s Regional Managing Partner in the UK and Africa said in a private mail to Hain. The critique comes after Hain delivered several smarting blows to Hogan Lovells and its client, the South African Revenue Service (SARS) in the House of Lords. A tailored disciplinary hearing conducted by Hogan Lovells saw money laundering accused Makwakwa back in his top job at SARS last year. Now Hain wants Hogan Lovells’ status as a recognised body in England and Wales revoked and asked that the firm’s senior partners’ permission to practice as solicitors be withdrawn. By PAULI VAN WYK for SCORPIO.

“Hogan Lovells’ cover-up led directly to the corrupt Moyane exonerating his corrupt deputy Makwakwa and welcoming him back on 30 October 2017 to continue their looting and dirty work of robbing taxpayers,” Hain said in a stinging speech delivered in the House of Lords on Monday evening.

The firm wrote an emailed note to members of the House of Lords, complaining that they have not been given an opportunity to respond to “these entirely unfounded allegations”.

“Lord Hain’s unfounded accusations reflect a lack of understanding of the work we were asked to carry out for the SARS,” Hogan Lovell’s Regional Managing Partner in the UK and Africa Susan Bright said in a press statement attached to the same email sent to members of the House of Lords.

Bright also sent a private email to Hain on 15 January at 1.20 pm, recording her disappointment with his “unfounded” comments. A few hours before Hain would deliver his speech in the House of Lords, Bright requested a meeting to provide him with “further information about our engagement with (SARS). We would greatly value the opportunity to share the facts with you”.

Hain was not enamoured.

“Thank you, but I think it is extremely disturbing that Hogan Lovells have not apologised for your role in SARS…”, Hain retorted almost exactly an hour later.

He pointed out that Hogan Lovells’ conduct “follows the pattern of other similar episodes – Bell Pottinger, KPMG, McKinsey, SAP, HSBC – where the firm concerned first denied, then was dragged to reconsider, and finally to apologise for their complicity in corrupt state capture in South Africa. I would have thought Hogan Lovells would have learnt by now from that”.

Hain disclosed to Bright that he had “detailed and constructive meetings” with some of the mentioned companies “who have apologised”.

“I would recommend the same approach for your firm. Meanwhile I therefore take your circular letter (to the House of Lords) as a hostile act.”

Hain, a South African born anti-apartheid activist and current member of the House of Lords, zoomed in on Hogan Lovells after the Financial Intelligence Centre (FIC) accused SARS’ second in command Jonas Makwakwa of money laundering, corruption and fraud. Makwakwa had grown a dependency on mysterious and possibly illegal cash to sustain his extravagant lifestyle and erratic spending, the FIC found. An investigation by Scorpio confirmed the FIC’s findings. Between 2014 and 2016 Makwakwa sometimes spent two to three times more than what he legally earned from SARS, and refused to explain the origin of his other sources of income.

Hogan Lovells was appointed to conduct an investigation and a disciplinary hearing based on the FIC report. Makwakwa was suspended for about a year. In October 2016 Moyane announced that Makwakwa was “cleared of all charges” and reinstalled into his top job in order to work with mega taxpayers.

An investigation by Scorpio showed the disciplinary hearing conducted by Hogan Lovells was so tailored that Makwakwa only answered to a fraction of the allegations described in the FIC report. Yet, Moyane attempted to mislead the public into believing that Makwakwa was cleared in totality.

Moyane came under crossfire after he had to admit that Makwakwa was back in the job while he was, in fact, not “cleared of all charges” and still being investigated for tax evasion and money laundering.

“There has to be serious consideration on suspending this gentleman (Makwakwa) and his partner (Kelly-Ann Elskie),” Carrim said. DM