Op-Ed: Untangling the web of rules governing the DA’s...

Op-Ed: Untangling the web of rules governing the DA’s handling of its De Lille problem 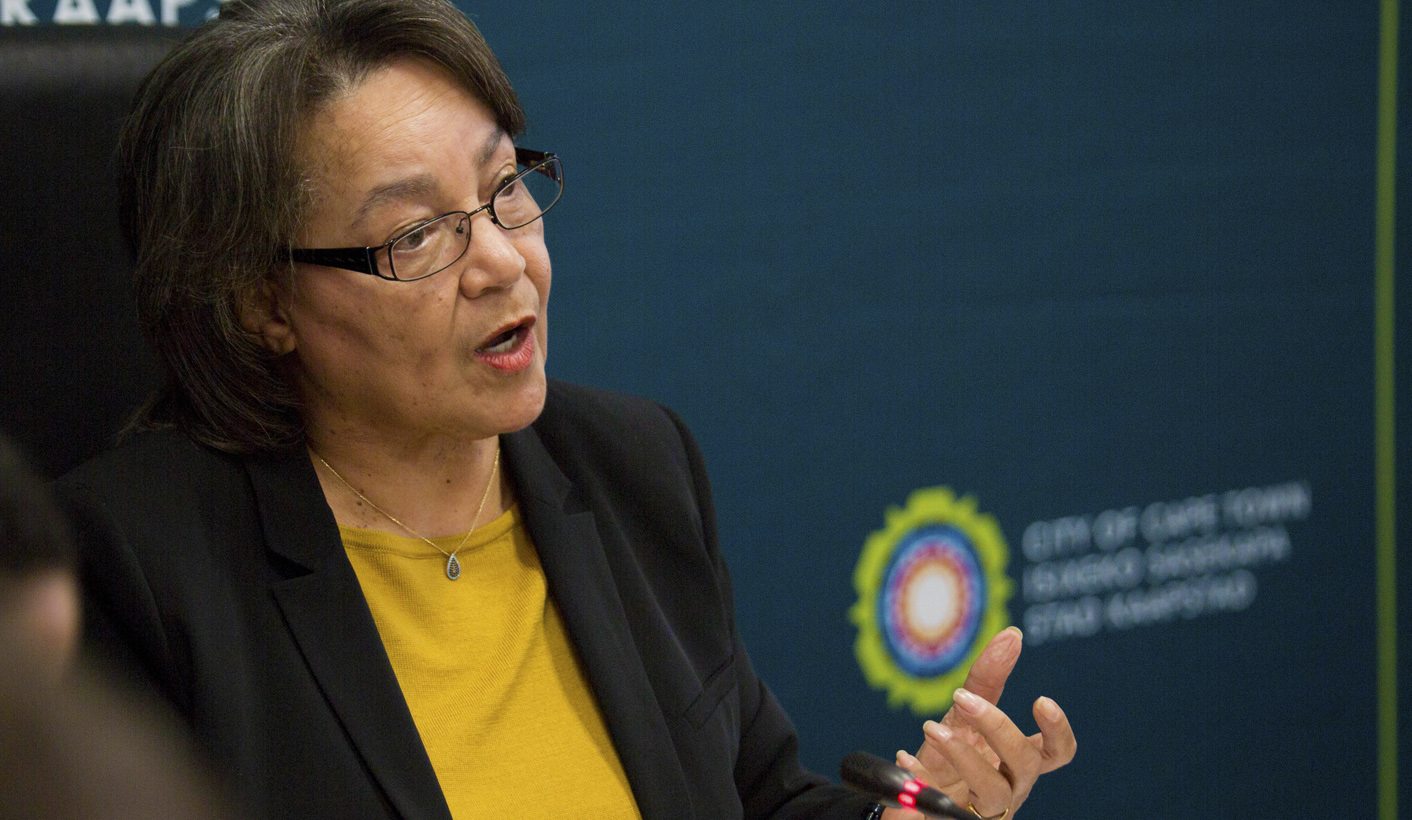 Few would disagree that the separation of party and state is an important value underpinning our constitutional democracy. However, in the discussion surrounding the DA’s handling of the De Lille matter, the two are often confused. By JAAP DE VISSER.

As the City of Cape Town is experiencing the worst drought in decades, the political crisis in its senior echelons is gaining momentum. The first victim is the City Manager, Achmat Ibrahim, who resigned as per 12 January 2018. In the meantime, the City’s Executive Mayor, Cllr Patricia De Lille, is fighting for her survival as executive mayor.

Few would disagree that the separation of party and state is an important value underpinning our constitutional democracy. However, in the discussion surrounding the DA’s handling of the De Lille matter, the two are often confused.

To untangle the web of rules, it is useful to start with this basic fact: all councillors, barring a small number of independents, represent political parties. Their status as councillors, including any special positions they may occupy (such as being mayor, speaker etc.) is governed by two sets of rules. The first contains the internal party rules that govern the membership of that specific party. The second is the legislation that governs council membership and special positions, such as mayors and speakers. The two undeniably intersect but losing sight of the distinction can sink any party’s effort at getting office-bearers elected or removed.

Let’s start with the party rules. Patricia de Lille is a member of the Democratic Alliance and therefore subject to the internal party rules contained in the DA constitution. If she breaches the DA constitution, the Federal Executive, the DA’s highest decision-making body, may sanction her. Before doing so, the Federal Executive must follow due process. That is what the DA Constitution provides. The ultimate sanction is of course expulsion from the party. In essence, due process means that De Lille must be given a fair opportunity to state her case and answer all the allegations levelled against her. The decision can be challenged in court and if that happens the court will assess whether the party followed all of its own rules.

If the DA decides to sanction her, it does not automatically impact her status as a councillor or her position as executive mayor of Cape Town. For example, if the DA “admonishes” her or fines her, this does not affect her council membership or her status as executive mayor. The same applies when the DA suspends her from party activities (as it has done). Her standing as a party member is separate from her rights, powers and privileges as a councillor and executive mayor. As a party, the DA also has no authority to change or reduce her powers as a mayor. Only the City Council may do so. Therefore, the DA could not strip her of her powers to deal with the water crisis but instead requested the DA caucus to bring that to effect.

It is a different story if the DA, after completing the disciplinary process, decides to expel her from the party. Patricia de Lille was elected to the City Council as a councillor representing the DA. If she is no longer a member of the DA, she cannot remain a councillor. To argue otherwise would take us back to the days when “crossing of the floor” was allowed. An expulsion from the DA would mean that she automatically loses her membership of the City Council and that the DA would put forward another party member to fill that vacancy. It goes without saying that she would also lose her position as executive mayor.

The procedure is simple: a motion is tabled in terms of the council’s Rules and Orders, and accepted if a majority of the councillors present in that meeting vote in favour of it. In this procedure, she would not enjoy the protection of due process. The council does not need to give reasons for the decision. Importantly, there is also no need for any evidence of “wrongdoing” such as violations of the law. Procedurally, the only thing that the law requires is that the executive mayor receives “prior notice” of the intention of the council to consider a motion of no confidence. The prior notice enables an embattled executive mayor to convince the council that he or she does deserve the support of the council. However, in most cases it means little if the majority has made up its mind politically.

The City Council’s decision can be challenged in court. A case like that is currently under way with respect to the decision of the Council of the Nelson Mandela Bay Metro to remove Deputy Executive Mayor Bobani from office. However, the court will do little more than assess whether the prior notice was given, whether there was a quorum in that council meeting and whether a majority indeed voted in favour of the motion of no confidence. The court will take very little interest in the reasons as why the majority lost confidence in the executive mayor or deputy executive mayor in the case of the Nelson Mandela Bay Metro.

The immediate legal result of the passing of a motion of no confidence in an executive mayor is also very different from expulsion from the party. All it means is that the incumbent, and all the members of the mayoral committee, return to the council benches and once again become ordinary councillors. The council must then elect a new executive mayor who will appoint a new mayoral committee.

All in all, it is not a trial or a disciplinary procedure embedded in procedural rigour. Instead, it is a very basic procedure to gauge whether the majority of the City Council still has “confidence” in the executive mayor. And the word “confidence” in this context is one of those great political intangibles and near impossible to define. However, one thing is certain: just being “corruption-free” or “not guilty” of maladministration is not enough. For Patricia de Lille, this political reality may be even harder to overcome than proving the allegations wrong.

With its majority in the City Council, the DA Caucus controls Patricia de Lille’s fate as executive mayor. Of course, in party-political terms, the DA Caucus is not fully autonomous in this: it must abide by instructions from DA headquarters or risk a serious breakdown within the party. In managing to convince the Federal Executive to charge her formally, De Lille scored an important, albeit temporary, victory. It forces the DA to conduct an inquiry, with all the trimmings of due process, in which she has full rights to state her case, interrogate documents, submit her own documents, ask for postponements, cross-examine any witnesses etc. This will take some time and there is no doubt that De Lille will prepare her case very carefully and fight back. Had the Federal Executive decided to instruct the DA Caucus in the City of Cape Town to use its majority to pass that motion of no confidence, her legal position would have been considerably weaker. It is too early to assess how far this victory will take her because there is no guarantee that, even if she is cleared of wrongdoing in terms of the DA’s disciplinary process, the DA Caucus will still have her back.

To complete the picture, Patricia de Lille is also subject to the Code of Conduct for Councillors, which is a national code of ethics that applies to all councillors, including executive mayors. If the City Council finds her guilty of a violation, it may ultimately lead to her being removed as a councillor. Again, due process applies and, in the final instance, it will be decided by Anton Bredell, the MEC for Local Government in the Western Cape.

A sardonic twist to the tale is that the ANC has, in the meantime, tabled a motion of no confidence in De Lille. Provided the motion complies with the Council’s Rules or Order, this motion will serve in the council long before the DA’s internal inquiry has run its course. The DA councillors will therefore be asked to make up their political minds about De Lille’s future before their party has completed its internal, legal inquiry. They will probably be placed under a firm instruction to vote against the motion and the opposition is probably going to argue for a secret ballot. Sounds strangely familiar, doesn’t it? What goes around… DM