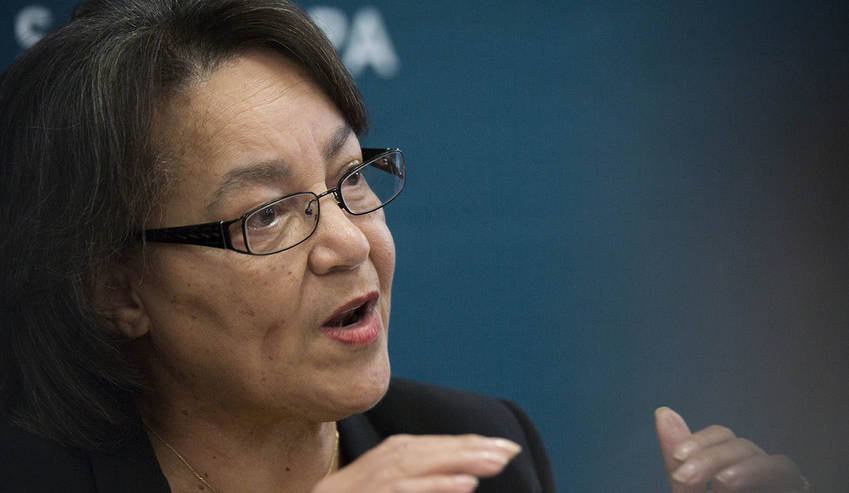 In its handling of allegations against Cape Town Mayor Patricia de Lille, the DA has fuelled speculation it is defined by factionalism and still controlled by whites. De Lille will make her case on Sunday, but she can't be removed as mayor just yet. By GREG NICOLSON.

Sometimes the DA just doesn’t get it. News24 reported on Thursday that City of Cape Town Speaker Dirk Smit had requested the name of the source who provided the online publication with the Bowman Gilfillan report. The law firm investigated allegations of maladministration against Mayor Patricia de Lille and staff in her administration, which contributed to De Lille’s suspension from DA activities. Editor Adriaan Basson denied the request, which if made by an ANC leader would have been attacked by the DA.

In pursuing allegations against De Lille, one of the party’s most recognised leaders, the DA has failed to be transparent. That’s led to speculation that the charges and potential removal of the Cape Town mayor are driven by factionalism – and racism. As the city struggles to deal with its drought crisis, the public is struggling to make sense of the cacophony of voices.

Political analyst Ralph Mathekga said the DA has shown it faces the same challenges in dealing with internal disciplinary issues as the ANC despite its critiques of the governing party. “It does matter a lot for the DA and post-2019 [elections] because the subtext of this issue is race relations in the DA.” He said the lack of information on the charges against De Lille lead to questions about whether the party continues to reject transformation.

Two reports make up the allegations against De Lille and officials in her government: the Bowman Gilfillan report and an internal party investigation led by National Assembly chief whip John Steenhuisen. Bowman Gilfillan investigated a wide range of claims against De Lille’s administration and said she could be guilty of gross misconduct for allegedly telling city manager Achmat Ebrahim he did not need to take claims commissioner Melissa Whitehead irregularly approved over R73 million in payments to the city council.

Steenhuisen’s report focuses on the rot in the DA’s Cape Town council, symbolised by the division between De Lille and mayoral committee member JP Smith, who have both been suspended from party activities. De Lille is described as “confrontational and adversarial” with claims that she belittles opponents, favours allies, and views herself as more important than the party.

“The City of Cape Town is in state of crisis and turmoil, both politically and administratively. Open warfare has broken out amongst councillors in the DA caucus, with some even threatening to move motions of no confidence against the mayor,” it reads. “This is a completely unsustainable situation and unless actions taken urgently to resolve these the negative fallout and effects will continue to manifest themselves both internally and in the public arena.”

DA leader Mmusi Maimane on Friday said both reports “found cause for serious concern” and the party would assess the facts at a special Federal Executive (FedEx) meeting in Cape Town on Sunday. He said the DA would hold itself to the same standards it calls on the ANC to hold.

DA Federal Council chairperson James Selfe said the party “obviously” could have handled the De Lille matter better. “These things are always going to be messy,” said Selfe. “For very obvious reasons we have been very careful not to communicate in public,” he added, promising a comprehensive public report once the issues were finalised.

“There’s always a short-term cost you have to pay,” Selfe said on the negative attention the DA is getting. “We had a choice, we were presented with certain evidence and allegations. We could have just ignored them à la the ANC.”

Former party leader Tony Leon has called for the matter to be finalised. “Either the party needs to back her or sack her,” he was quoted in The Cape Messenger. “You cannot carry out this public drawn-out process which undermines the party and its processes.”

Mathekga said the DA exhibits consistent problems when dealing with internal disputes. He said the party’s biggest problem was that it tries to manage its crises by hiding relevant information from the public. The challenges are faced by all political parties, but by trying to save face the DA invites speculation.

ANC Cape Town metro leader Xolani Sotashe accused the DA of being racist and hypocritical. He said the ANC had been raising concerns about the DA for years but after De Lille had helped win the DA votes, it was now ready to discard her. “These white liberals are very vicious. They use our people and then discard them,” he said, referring to the DA’s Lindiwe Mazibuko and Mbali Ntuli. “Now it’s De Lille.”

Sotashe noted the widely reported spats between De Lille and the DA’s Western Cape Premier Helen Zille and said the party was putting factional and racist interests ahead of clean governance. “This is racism at its best.”

Selfe denied the claims, saying De Lille had been Cape Town mayor since 2011, after her Independent Democrats party merged with the DA, so was not used just to win elections. “We would deal with anyone who is pink or black or white in exactly the same way,” he said. Asked why the DA has not filed criminal charges against De Lille or her officials, Selfe said the reports did not show a criminal offence might have occurred.

De Lille has submitted a lengthy response to FedEx on the allegations against her and they have been circulated to those who will hear her case on Sunday. She has claimed she was not given sufficient chance to respond to the claims and the DA request asking her why she should not resign suggests she has been pre-judged.

The DA’s Cape Town regional leadership this week put out a statement calling for her to be removed. De Lille hit back saying it did not have a mandate to make the call, showing “these attacks on me have been about power and positions all along.” She has said Western Cape DA leader Bonginkosi Madikizela is tipped as her replacement as mayor. Madikizela is seen as an ally of Zille.

Selfe said Sunday’s FedEx does not have the power to remove De Lille as mayor or terminate her membership of the party. He said if the claims against her are upheld, she could be referred to an official disciplinary committee. DM