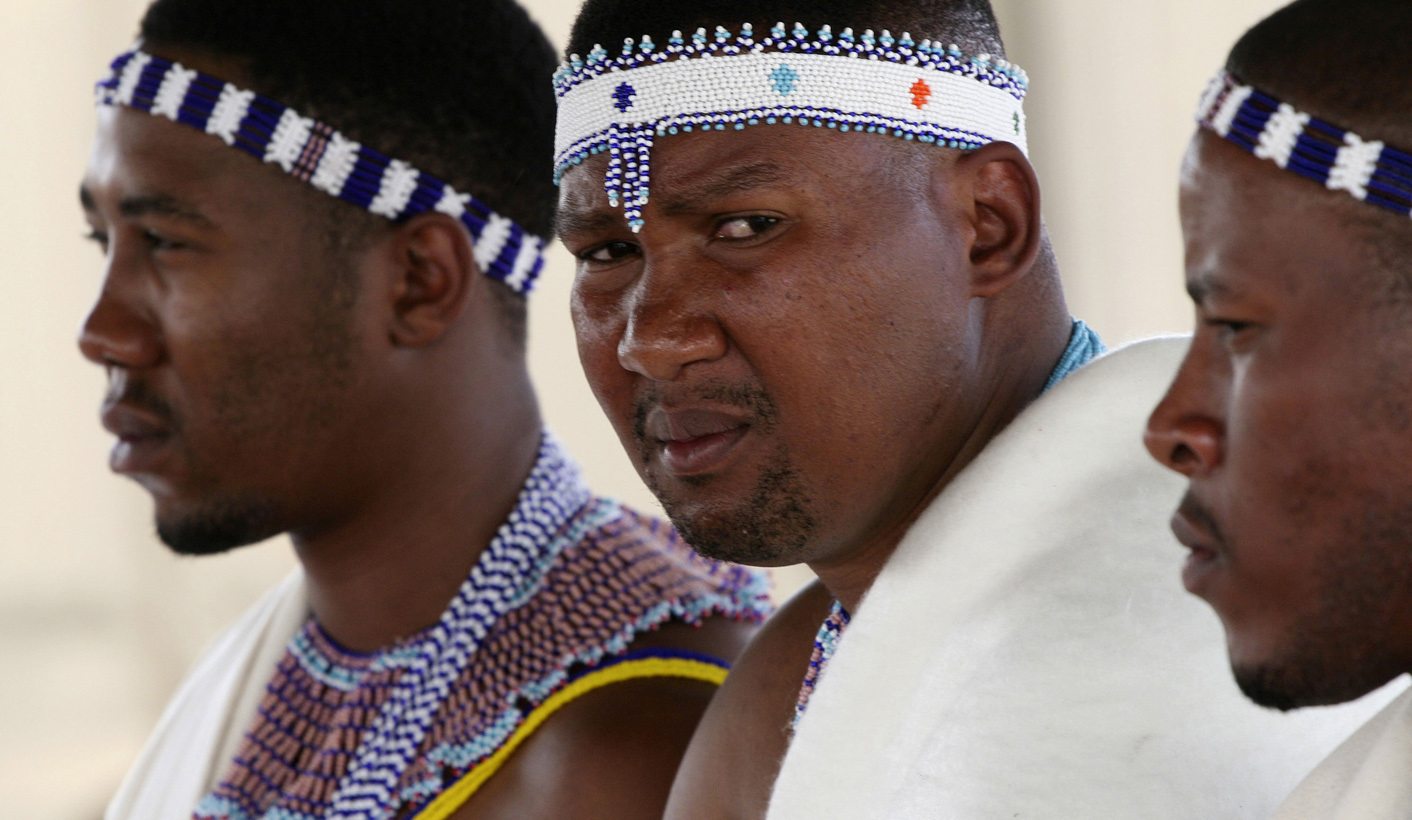 The year of Nelson Mandela got off to a cranky start when a wreath that was supposed to be laid at his grave in Qunu by the ANC’s top six leadership didn’t get laid. By CARIEN DU PLESSIS.

It was supposed to have been simple. By 8am on Thursday morning, journalists and ANC leaders would gather around former president Nelson Mandela’s grave at its private gravesite by his residence in Qunu to lay wreaths. It’s part of the ANC’s programme in the run-up to its birthday rally on Saturday in the province, and wreaths have already been laid (without any difficulties) by the graves of a number of former party presidents in KwaZulu-Natal.

Mandela is, however, special, because this year he would have been 100 and the ANC is set to celebrate him all year like they did Oliver Reginald Tambo and party unity the year before.

He’s also the most recently-deceased of the party presidents.

There was a complication, however. ANC president Cyril Ramaphosa’s chopper rolling in at more than half an hour after the agreed time wasn’t really one of the problems.

First, journalists were told they’re not allowed to enter the property, but would have to wait outside the gates. Not too nice, given most have driven two hours from East London for the story.

Then, a handful of the ANC’s national executive committee showed up to pay their respects. They were shown the door and left, only to come back a few minutes later in fighting mode. They were allowed in, but Mandela’s grandson, Chief Mandla Mandela, who was giving instructions from within the house, would only meet with the ANC’s newly-elected top six and not with any of the NEC members.

An hour or two later they came out – without Ramaphosa. Instead, it was Ace Magashule, the ANC’s new and very un-jolly secretary general, together with Mandela, who is, incidentally,  an ANC MP.

Mandela gave a statement, explaining that Nkosi Dalibhunga (Mandela’s praise name) “always regarded the ANC as his political home and his homestead at Qunu was always open to the movement and its leadership”.

He explained that Graça Machel, Mandela’s wife at the time of his death, “instructed” him to receive the ANC delegation.

She herself wasn’t there, but at her home in Mozambique, he said.

Then he explained why the wreath-laying wasn’t going to happen.

He said before such a visit, “we have requested that traditionally there are things that we have to adhere to as a family before we go and take them [the ANC leaders] to the graves.

“The first step is to call the Mandela family to come and instruct them that there was a request from the ANC which the family has welcomed, and we therefore need to go and inform Madiba in his place of rest that in a meeting that was held today we together collectively with the ANC leadership, the family have identified 11 February as the day that we will go to Madiba’s grave.

“As you know, on 11 February 1990, Madiba was released and he came out of Victor Verster [prison]. Therefore the request was made by the family if the ANC leadership can allow us to attend to these traditions so that we can inform Madiba that they re coming on this particular date.”

He said the family had to do a ritual of washing, meaning an ox has to be slaughtered to “wash” the leaders when they came back from the graves, “but that can’t be done because of the programme of the day”.

The leaders already had their commitments and the ceremony would have taken too long.

Some community members said the rituals Mandela outlined don’t necessarily exist, and even some in the ANC seemed to believe he had ulterior motives.

It’s possible, they speculated, that Mandela wanted a tighter grip on the brand, and possibly even money for the use of it by the ANC. This is all speculation at this point, we must emphasise.

Ramaphosa didn’t comment to the media at all on this, but he told a community meeting in Qunu shortly after meeting the Mandelas, the ANC needed nobody’s permission to use Mandela’s name for its celebrations.

Magashule, being his brief self, also made a statement saying the ANC understood that tradition had to be followed in visiting the grave.

“We declared this year as the year of renewal and of reconnecting to our history and our ancestors”.

He said the ANC decided it was in order for them to go back to the grave to lay the wreath on February 11. Nothing further was said and no question was answered.

The problem about the celebrations around Mandela’s grave seem to have been resolved amicably, but the year didn’t start as smoothly as perhaps it could have. DM

Photo: Mandla Mandela (C), grandson of Nelson Mandela, attends a ceremony where he was installed as chief of the Mvezo Traditional Council in Mvezo, Eastern Cape. REUTERS/Antony Kaminju (SOUTH AFRICA)