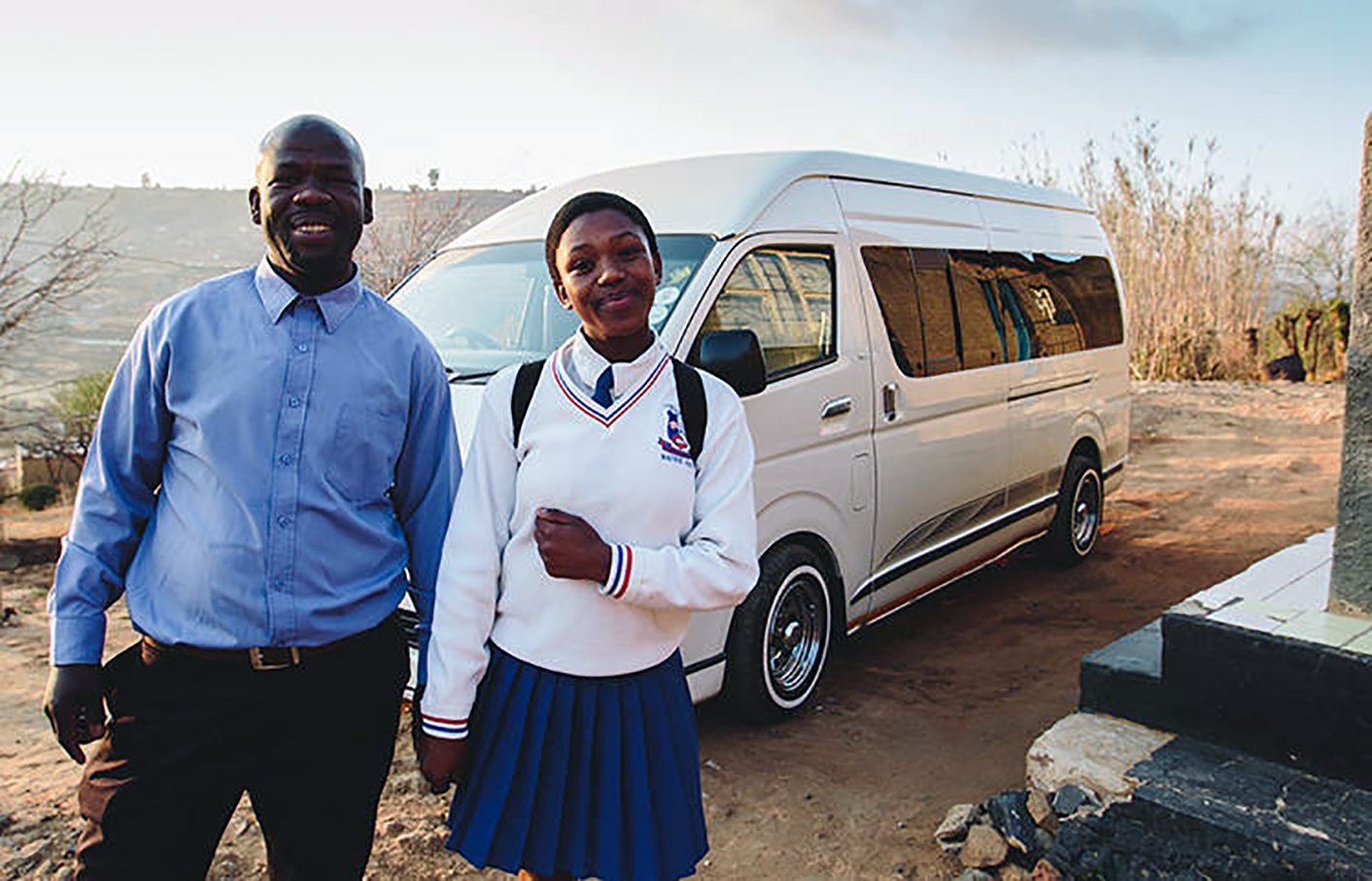 Despite hardships, many pupils in the Free State were in it to win it. Here we focus on three Free State matriculants who can pat themselves on the back after 12 years of schooling finally paid off. Their hard work and determination to overcome adversity have secured them bursaries and places at university. By PUSELETSO NTHATE.

On the eve of their matric examinations last year, Daily Maverick interviewed three learners in the Free State – the province that achieved the top results in the country. This week, we caught up with those learners again to find out how they fared. In short: they excelled.

After a tough road to the end of their school careers, these three learners achieved multiple distinctions and all received bursaries. Emmanuel Mofammere, 19, has been accepted into the prestigious astrophysics programme at the University of Cape Town (UCT). Charmaine Phoofolo, 19, achieved six distinctions and will be studying medicine at the University of the Witwatersrand. And 18-year-old Boitumelo Simela will be studying mechanical engineering at UCT.

Mofammere, 19, sacrificed the comfort of his home to go spend the past few months living in a classroom at Lenyora la Thuto Comprehensive School in Botshabelo, Free State. Each morning before his classmates arrived, he rolled up his sleeping gear, stored it neatly away and readied himself for the day’s lessons. Mofammere, 19, achieved distinctions in Maths, Physical Sciences and Life Science, securing his place in a “highly competitive course in the University of Cape Town”.

Mofammere – who is a beneficiary of a Department of Health bursary – spoke to Daily Maverick during his busy day preparing to head to the Mother City.

“I’m very excited and nervous at the same time, getting to adapt to a new world of University requires focus and discipline. But I am glad I am finally going to be something that I’ve always wanted to do,” said Mofammere.

He added that waiting for results, he was anxious, as he knew it is not everyone who gets accepted into astrophysics Science at the University of Cape Town.

Meanwhile, Phoofolo, 19, has been accepted to study medicine at the University of Witwatersrand. Phoofolo obtained six distinctions in Physical Sciences, Maths, Geography, Life Sciences, Life Orientation, and Sesotho. Phofolo lost her mother when she was young, and said she did not wish it upon any child to experience losing a parent.

She feels the relief after weeks of waiting for her results: “I was uptight during the holidays because of stress. I was my worst nightmare; I sometimes wouldn’t eat. It turned out I was stressing for nothing.”

She is proud that she is setting a good example in her community. “I feel that now I am holding a source of light in which others will follow.”

Her family was proud of her achievements. “My family organised a surprise braai with some neighbours while I was at school to get my results,” said Phoofolo.

“Even though my grandmother couldn’t understand what distinctions were, she knew I did well,” she added.

Phoofolo, who is a Solomon Mahlangu scholarship recipient, advises 2018 matriculants to stay focused, and not to be distracted by what others do. “It’s okay to be different, know what you want and go for it at your own pace. Most importantly, stay in your lane,” she said.

Simela, from Beacon Secondary School, received a bursary from Sasol to study a B.Sc in mechanical engineering at the University of Cape Town. Simela attained six distinctions in Maths, Physical Sciences, Life Science, English, Sotho and Life Orientation, and placed in the provincial top ten in Physical Sciences.

The three pupils set an example with their hard work, commitment, and discipline in their respective schools. All three had one thing in common: despite the various odds stacked against them, they were determined to achieve the grades needed to book their spot in the universities of their choice.

Simela’s father was sceptical about his daughter opting for mechanical engineering, but he is accepting his child’s career choice.

“Being old fashioned, I used to believe that certain jobs are meant for men, but I made peace that it is what she wants, and I will support her as her father,” said Lesole Simela.

“I am very happy, proud; even though I am overwhelmed by the thought of my child living in other province, but I am confident that she will do well. At some point, we have to let them grow to start their own path,” added Boitumelo’s mother, Mateboho Simelane.

Provincial spokesperson for the Department of Higher Education, Howard Ndaba, said: “We are proud of these learners. This shows they responded positively to various interventions that were put in place. Regardless of their backgrounds, their commitment paid off and I call on the class of 2018 to emulate these learners as they did beyond well.”

Amongst the interventions that were put in place to assist matriculants to pass were extra academic support programmes, as part of the matric support programme. “These included weekend classes, [and] vacation classes in autumn, winter and spring. [There was also the] Extended Hour Programme. These programmes reached a total of 21,305 grade 12s,” said Ndaba.

He added that resources such as study guides were provided, exam guidelines and copies of DVDs containing broadcast lessons. “Motivation sessions were conducted by members of the Quality Learning and Teaching Campaigns (QLTC) and other school based organisations,” explained Ndaba. DM