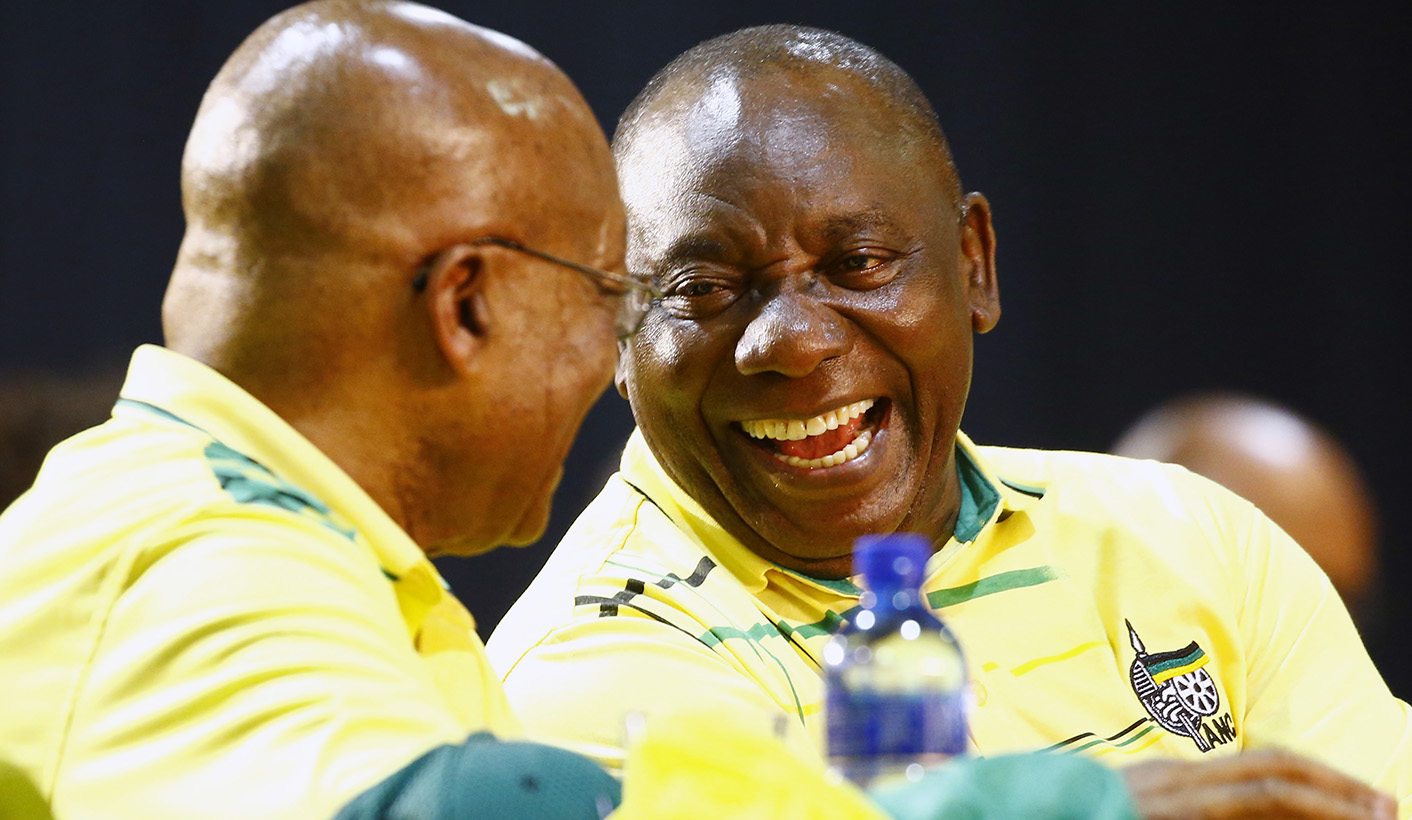 From Israel to Morocco and the ICC, how the ANC’s new leader will interpret party policy is unclear. By Peter Fabricius for ISS TODAY.

Many South Africans are hoping that Cyril Ramaphosa will inject badly needed energy, integrity and economic savvy into the country’s lacklustre and sometimes corrupt and ideologically clouded policies – domestic and foreign.

The successful businessman and the country’s deputy president, elected last month as president of the African National Congress (ANC), just pipped the more radical former African Union (AU) Commission chairperson Nkosazana Dlamini Zuma to the top job. That gave the party a chance to arrest its downward spiral in popularity induced by all the corruption charges swirling against outgoing party leader Jacob Zuma, and perhaps winning national elections again in mid-2019. Ramaphosa would then ascend to the presidency of the country – a position he has long coveted.

In fact, if he can mobilise enough support in the ANC, he could get rid of Zuma much sooner, by ‘recalling’ him from the Union Buildings, in the ANC’s euphemistic language; or, if he digs in his heels, by impeaching him in Parliament. If so, Ramaphosa might get his chance to put his stamp on government policy very soon.

But what policies Ramaphosa would then pursue is not clear – partly because his victory was far from decisive. He beat Dlamini Zuma by a precarious 179 votes out of 4 701 delegates and half of the top six leadership positions were won by supporters of Dlamini Zuma and her ex-husband, President Jacob Zuma, who backed her campaign.

The conference also announced a raft of quite radical policy decisions which seemed to favour the Dlamini Zuma faction rather than the more moderate Ramaphosa side. Changing the constitution to legalise expropriation of land from whites to blacks without compensation, seemed to further the ‘radical economic transformation’ agenda that had been her main campaign platform. As did nationalising the South African Reserve Bank (now nominally owned by private shareholders), and providing free higher education to the poor.

The one foreign policy decision announced was also pretty radical: to downgrade South Africa’s diplomatic relations with Israel by reducing the embassy in Tel Aviv to a ‘liaison office’ – ‘immediately and unconditionally’. That went much further than the recommendation from the ANC’s national policy conference in June, which had been to downgrade – but only subject to an assessment of the economic and other impacts of such a downgrade.

These policy decisions prompted Dlamini Zuma to gloat that her faction had won the ‘battle of ideas’ – even if she had lost the leadership contest. Well, yes … but that might have been putting it too strongly. It was certainly evident that the conference had not given Ramaphosa all the policies he would have wanted. Some delegates deliberately voted to tie his hands, sending him an implicit message that they had voted for him as president not because of his policies, but because he was not contaminated by association with the corrupt Jacob Zuma, as Dlamini Zuma was.

Many others clearly voted rather desperately just for unity and therefore survival – to keep the deeply divided party from splitting, by balancing not only the top six leadership but also the leadership against the policies. And there was clearly also a strong element of the ANC just being the ANC; talking up a big left-wing, radical rhetorical storm, while having no real determination to do more than just chug along with the same old middle-of-the-road policies.

The uncertainty about what the government might do with conference decisions was magnified as far as foreign policy was concerned by the dearth of information the ANC put out on that subject.

This faction was upset that Zuma had met Moroccan King Mohammed VI in Abidjan just before the conference, evidently to discuss upgrading relations. Morocco had downgraded relations in 2004 by recalling its ambassador because Pretoria had recognised the Saharawi Arab Democratic Republic as the government of Western Sahara – which Rabat, of course, regards as its southernmost province.

Insiders said there had been heated debate at the conference about Morocco, but no decision was apparent, beyond a statement to “reaffirm our solidarity with the people of Western Sahara”.

It was also not clear if the ANC government would still go full steam ahead with its decision to withdraw from the International Criminal Court (ICC), which the June policy conference had recommended. Just before the ANC conference, Justice Minister Michael Masutha had announced that he would soon introduce legislation to Parliament to give effect to the decision. However, Ramaphosa’s camp had made it clear before the conference that he did not believe South Africa should withdraw from the ICC.

Adding to the uncertainty, the ANC’s recommendations have not always been implemented by government. Cutting through the rhetorical flimflam, Pretoria has sometimes found it necessary to dilute or even ignore party directives in pursuit of the national (or sometimes the presidential) rather than the party’s all-too-often narrowly ideological interest.

In executing the conference mandate to amend the constitution to legalise the expropriation of land without compensation, Ramaphosa has already made clear that he will stress the caveats which would be reassuring to foreign and domestic investors among others. That is, to expropriate ‘without destabilising the agricultural sector, without endangering food security in our country and without undermining economic growth and job creation’.

Will he likewise dilute or find a way around rhetorically correct but unpragmatic and economically harmful ANC foreign policy directives, such as those to downgrade relations with Israel, to withdraw from the ICC and perhaps to give Morocco the cold shoulder? Jakkie Cilliers, head of African Futures and Innovation at the Institute for Security Studies (ISS) suggests Ramaphosa will indeed downplay the radical rhetoric emanating from the ANC conference.

He thinks the decision to withdraw from the ICC may now be put on the backburner and the ANC’s rhetoric directed against ‘imperialist, neo-colonialist’ Western powers will be more nuanced. Nonetheless, beyond that, Cilliers thinks little foreign, and particularly Africa, policy will substantially change under Ramaphosa.

“South Africa has long favoured stability over democracy or human rights in its engagement in Africa, therefore paying particular reverence to protecting and partnering with former liberation movements and leadership that espouses state-led growth,” he wrote in an article for the Hanns Siedel Foundation.

He did not foresee much change in that ‘limited expression’ of human rights in South Africa’s Africa policy under Ramaphosa apart perhaps from ‘some tonal adaptation’. Nor did he foresee much improvement in the South African military’s declining ability to contribute meaningfully to African peacekeeping.

But Cilliers did, significantly, forecast that the businessman Ramaphosa would intensify South Africa’s commercial engagement with Africa, which, as he noted, was its most important trading partner. It was “the only region where South Africa has a consistent trade surplus, a competitive advantage and much of our exports to Africa consist of value-added manufacturing products”.

That would be some consolation for what looks to be an unremarkable Ramaphosa Africa policy, if Cilliers is correct. DM