ANC's 106th: The briefest brief of them all kickstarts...

ANC’s 106th: The briefest brief of them all kickstarts Ace Magashule’s SG adventure 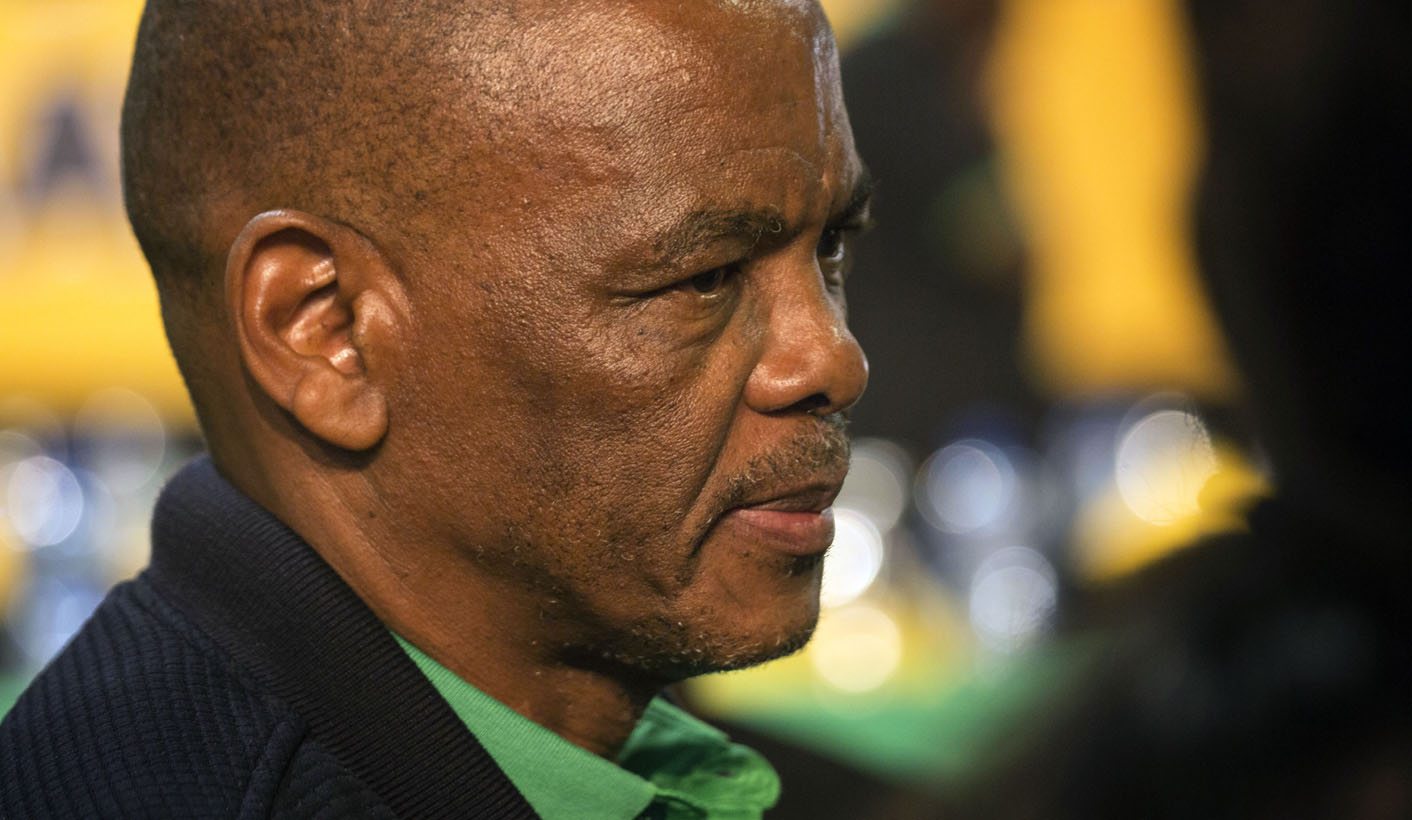 After all the hype and expectations, none of the controversial issues formally made it to the agenda of the first meeting of the ANC’s newly-elected national executive committee in East London on Wednesday, including the possible recall of President Jacob Zuma. For now, the focus will be on making a success of the party’s birthday rally on Saturday, but even in getting this right there could be some sticking points. By CARIEN DU PLESSIS.

ANC new secretary-general Ace Magashule was plunged into the deep end for all three minutes of his first press conference where journalists called him “SG”.

Magashule, who is a loyalist of SA President Jacob Zuma and who is taking a more cautious approach towards his stepping down, looked irritable – or maybe he was frowning against the bright sun – as journalists kept trying to extract information from him about the newly-elected national executive committee’s first meeting which started on Wednesday morning.

Inside the East London International Convention Centre there was a brief photo opportunity, where the NEC members were still finding their seats, not unlike students on their first day of high school. Human Settlements Minister Lindiwe Sisulu, sitting somewhere in a middle row, with her head thrown back and her eyes closed, looked like she still needed more holiday, as did former ANC treasurer-general Zweli Mkhize, who sat in the front row, while others, like former Tshwane mayoral candidate Thoko Didiza and Eastern Cape MEC Pemmy Majodina, on a corner in the front row, were all banter and smiles.

Their phones were, as usual, in brown sealed envelopes on a table outside, each with their name on it (any pictures taken of this set-up had to be deleted, and security made sure to check that they were).

Newly-elected ANC chairperson Gwede Mantashe kept pointing at the cameras and joking to journalists that they’re not on the NEC (you can’t quite decide whether you’re happy he’s out of the SG position, or whether you wish it was rather still him than Magashule). ANC President Cyril Ramaphosa, sitting on the stage next to Mantashe, kept smiling for a while; he eventually looked like he ran out of smiles a bit.

Then the small media circus moved outside for a briefest of briefings with Magashule.

ANC spokesperson Zizi Kodwa (he is soon likely to be replaced when new roles are assigned to NEC members) got Magashule out in time for a live crossing with SABC and a couple of other cameras, and told journalists that Magashule would brief them on the meeting sitting in the ICC behind. On Friday, he promised, there would be a “state of readiness” briefing to deal with issues from this meeting.

So Magashule started on a straight-laced note:

“This is the first special meeting of the NEC. As you know, it’s our celebration of 106 years of ANC existence, and I think we are just meeting to say, present a January 8th statement so that all of us are aware of the statement. We engage and debate it, we adopt it and we move forward. This is the only item on the agenda, the January 8th statement and preparations for this year.”

Perhaps it will be as simple as that, but given the fact that detractors of newly-elected Ramaphosa vowed to fight on for their policy positions, it could also be a little more complex. They were, for instance, very pleased at the end of the party’s Nasrec conference last month when Ramaphosa uttered the words “expropriation without compensation” of land in his closing speech.

Ramaphosa’s ‘people’, in turn, were happy that they managed to add a clause to that saying that this was subject to sustainability studies, effectively dooming the policy to non-implementation.

If there are vicious debates in Wednesday’s NEC meeting, these are likely to be about this kind of thing, and about words such as “radical” and “monopoly capital”.

It would also be interesting to see how Ramaphosa will deal with Zuma’s pre-conference bombshell announcement of free tertiary education, which many (possibly including Ramaphosa) fear the country would not be able to afford.

This doesn’t mean that no word would be said about Zuma’s future. Ahead of the meeting, some NEC members have been anonymously advancing their stance in the media of wanting this on the agenda. They are likely to raise it in the meeting, but even Ramaphosa’s supporters don’t really want to pursue this now as this would set in motion a chain of events that could overshadow his first big ANC rally as president.

It’s not impossible, however, for a discussion to arise out of Zuma’s eleventh-hour announcement of a state capture commission of inquiry on Tuesday night, hours before the NEC was due to sit.

Publicly, at the report-back press conference expected on Friday, Magashule would probably announce on behalf of the NEC that the party welcomed this.

The SABC’s Sophie Mokoena nevertheless had to try on the Zuma matter. She asked tactfully if Zuma’s future and the two centres of power issue would be discussed.

Magashule went on the defensive. “There are no two centres of power. There is only one centre, and that is the African National Congress. That matter is not for any discussions and debate. The president and the president of the ANC continuously are meeting and actually engaging, and I don’t think there was a matter to discuss,” he said.

Zuma and Ramaphosa met earlier in the week at Zuma’s official residence in Durban, where Zuma will remain until at least after his meeting with Kenyan president Uhuru Kenyatta on Thursday. On the pictures Zuma and Ramaphosa were all smiles, nevermind the fact that some say Zuma has privately told many comrades that Ramaphosa would be president over his dead body.

eNCA’s Thulasizwe Simelane tried again. What’s the status of the agenda, he asked. Isn’t there a possibility for someone to raise that matter?

Neither would there be the very important election of the national working committee – the 20-member most powerful day-to-day body in the ANC – or a decision about the chairs of the sectoral committees, and nor would Magashule comment for now on special guests or feedback from meetings between Zuma and Ramaphosa.

Then it was all over. Magashule walked back into the coolness of the ICC and journalists left the precinct before security was forced to kick them out. Across the road, along the promenade where Ramaphosa was photographed jogging earlier with funny red and white striped socks, a number of stalls selling ANC wares have already set up shop for what is set to be one of the most profitable weekends of the year for them, as well as for the tourism and entertainment establishments of Buffalo City. DM