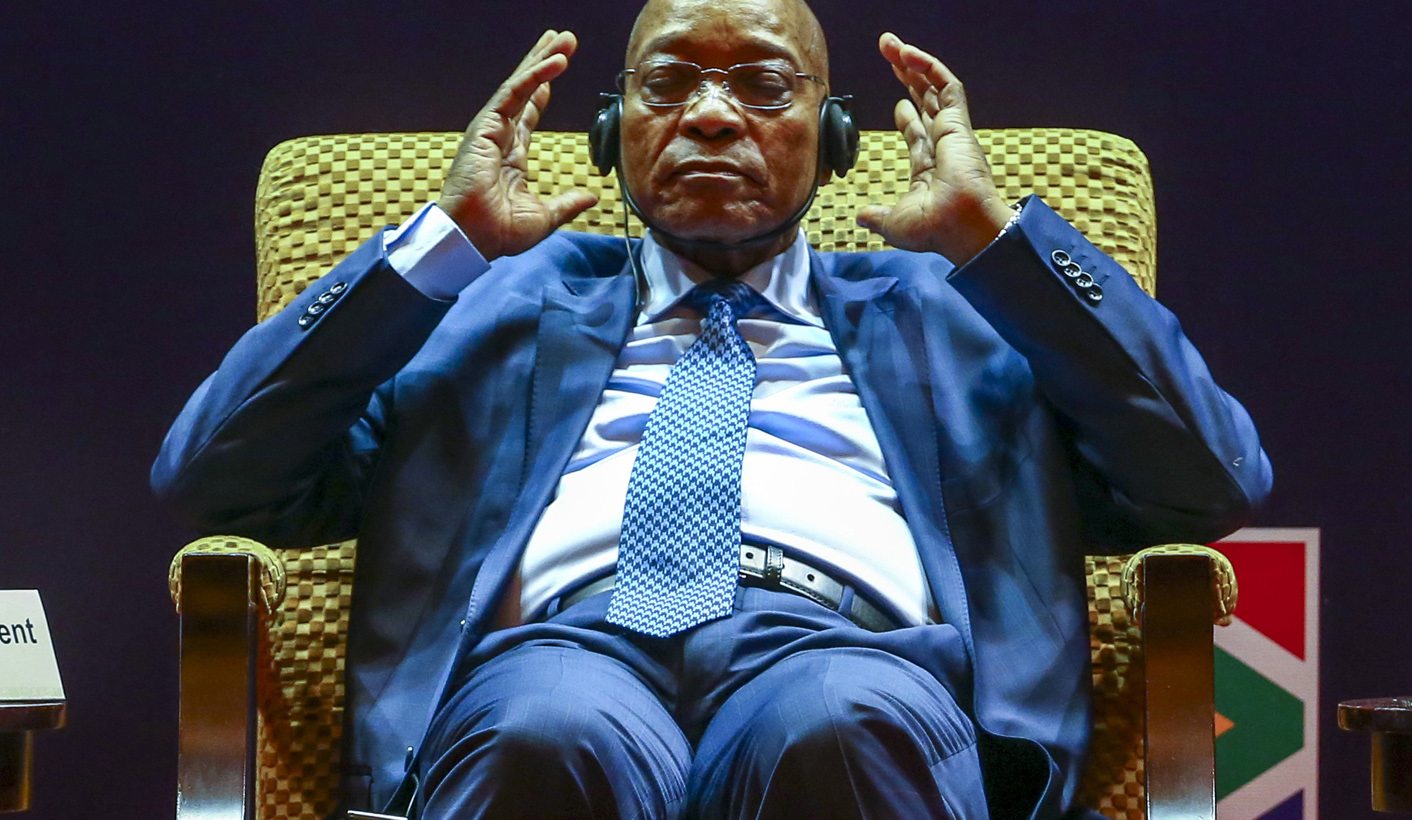 President Jacob Zuma, facing increased pressure to step down ahead of Wednesday's NEC meeting, has announced the establishment of a commission of inquiry into “state capture” to be headed by Deputy Chief Justice Raymond Zondo. While Zuma said he had appealed a December 2017 high court ruling with regard to his duties as President in appointing the commission, as well as an order that he personally pay costs of his unsuccessful application to interdict the release of the State of Capture Report, the matter “could no longer wait”. The move could be viewed as a tactical attempt at thwarting the bid to oust him. By MARIANNE THAMM.

President Zuma, in a statement on Tuesday evening, said that while he had appealed the cost order as well as that regarding the duties of the President to appoint commissions of inquiry in terms of section 84 of the Constitution, allegations of state capture were “of paramount importance” and were therefore “deserving of finality and certainty”.

“I have expressed my reservations about the legality of this directive, which may be the subject of the appeal,” said Zuma; adding, however, that allegations of state capture were “of such serious public concern that any further delay will make the public doubt government’s determination to dismantle all forms of corruption, and entrench the public perception that the state has been captured by private interests for nefarious and self-enrichment purposes.”

While he had taken legal advice on the “prosecution of this appeal” he was concerned that the matter had “occupied the public mind for some time now and deserves urgent attention”.

Zuma said the allegations that the state had been “wrestled out of the hands of its real owners, the people of South Africa, is of paramount importance and therefore deserving of finality and certainty.”

The commission, said Zuma, had to seek to uncover “not just the conduct of some, but of all those who may have rendered our state or parts thereof vulnerable to control by forces other than the public for which government is elected. There should be no area of corruption and culprit that should be spared the extent of this commission of inquiry.”

He said he was mindful of concerns raised by the Public Protector with regard to a lack of resources for conducting a wider inquiry.

“Accordingly, by making more resources available, it is my sincere hope that the commission will be able to reach many of those areas of concern that may not have been reached by the Public Protector’s investigation, but form part of what she might have investigated, had she had sufficient resources to do so.”

He said he had “faith in all the judges and their ability to execute their tasks with the requisite levels of fairness, impartiality and independence” and urged everyone to cooperate with the commission of inquiry.

“I trust that we will all respect the process and place no impediments to prevent the Commission from doing its work,” said Zuma. DM