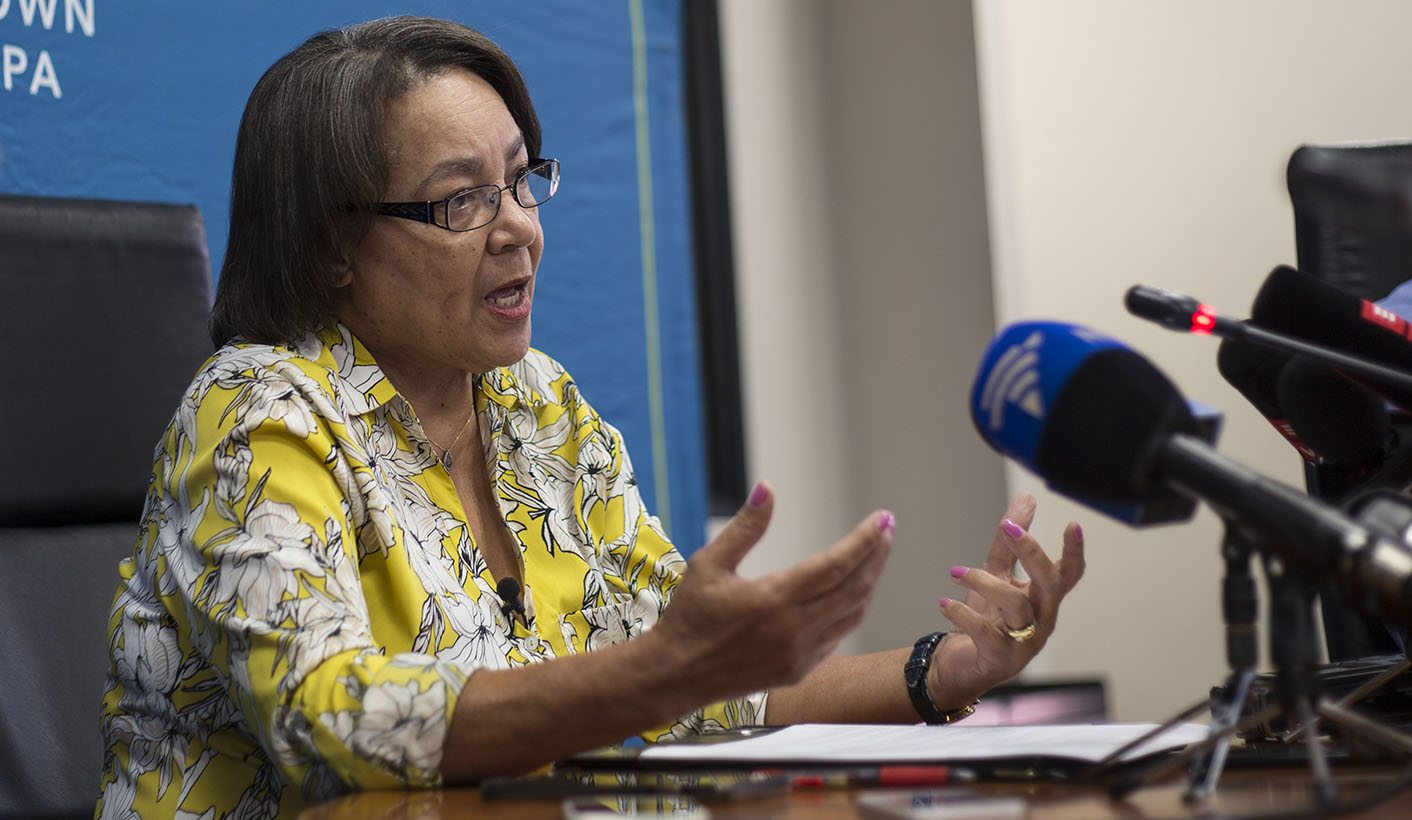 De Lille said that the city is on track with water augmentation schemes, which are expected to deliver additional water to the drought-stricken city.

At a media briefing today, she attempted to address concerns about a proposed drought charge in order to raise money for the various augmentation projects.

The briefing was told that 45,000 public comments regarding the charge have already been received by the city, and the date has been further extended to Monday, 15 January 2018.

The mayor stressed that even though additional water is set to come online in the coming weeks and months, residents must continue to reduce consumption in order to prevent Day Zero, which is expected to be as early as 22 April.

The situation is dire. Dams are sitting at a critical 29.7% with only 19.7% of this water being usable. Residents are using well over the 500 million litre per day target set by the administration.

The city is scrambling to prevent the taps from running dry but the drought is not the only crisis the Democratic Alliance-led city council is dealing with.

A corruption scandal has rocked the City of Cape Town with disciplinary action being taken against De Lille, who was suspended from party activities after being placed on special leave in October last year.

Even though she may face suspension, De Lille insisted today that she is “not distracted”.

“I have a responsibility to the people of the City of Cape Town, that’s what I’m paid to do. I’m committed to making sure that this well-run city does not run out of water…We can all avoid Day Zero but we must do it together,” she said. DM