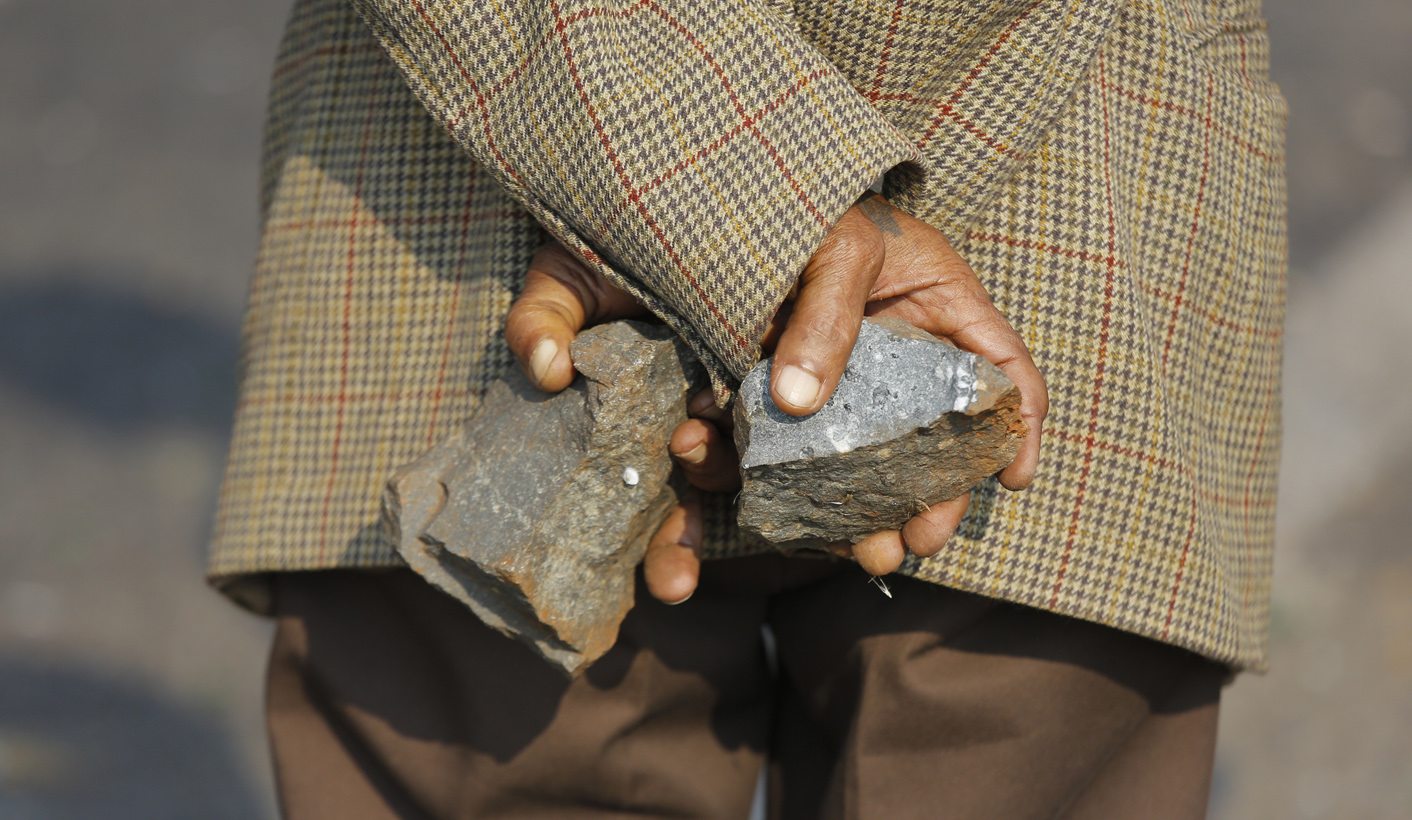 ANC President Cyril Ramaphosa has repeated his commitment to expropriating land without compensation, but this weekend could reveal his sincerity on the policy and how the ANC will handle the contentious issue ahead of the 2019 elections. By GREG NICOLSON.

The ANC’s top six officials and national executive committee (NEC), elected in December at the party’s national conference, will meet on Wednesday as speculation continues over whether President Jacob Zuma will be recalled to improve the party’s chances at the 2019 general elections. The fate of Zuma and his allies is the most immediate concern for the newly-elected leadership.

Most voters, however, will look to the new ANC leader Cyril Ramaphosa this weekend as he delivers the party’s annual birthday message in East London for an indication of where the party is headed after Zuma’s exit and whether it can deliver on its conference resolutions.

The most controversial policy adopted at the December conference is related to land reform. Factions were split, and the debate even got physical before outgoing economic transformation sub-committee chairperson Enoch Gondongwana announced the ANC had resolved to start the process towards a constitutional amendment of Section 25, the Constitution’s property clause, to allow for land expropriation and redistribution without compensation.

The resolution came with a caveat. A “sustainability test” would be applied to ensure it doesn’t have a negative impact on food security, the agricultural sector or other related sectors of the economy.

Land reform remains one of the country’s most emotive issues, and the ANC has so far failed to reach redistribution and restitution targets. Ramaphosa will have to walk a tightrope to meet increasing voter expectations that come with the new policy while placating the fears of farmers and investors who he hopes to appease to increase economic growth.

“We can make this country the Garden of Eden,” said the new ANC president in Nongoma, KwaZulu-Natal on Sunday. He and the ANC NEC will have to provide more details if he wants to win the youth vote and stay in power after 2019.

Professor Susan Booysen from the Wits School of Governance, an author of multiple books on the ANC, said the party must attempt to accelerate land reform while building the economy as voters are tired of radical rhetoric and little action. “I think they have not got a choice.”

“It has to happen as [land] has this big status as a benchmark of transformation, as a benchmark of political will,” she continued. “They really have to show action and show it fast.” Booysen said the youth will play a key role in 2019, and the demographic is characterised by an astute and politicised elite with deeper transformation demands than previous generations.

“In many ways the tightrope that Cyril has to walk is the ANC’s tightrope because the ANC has been preaching promises,” she said. Young voters will view delay tactics, such as establishing a commission of inquiry or appointing an inter-ministerial task team to investigate the issue, as insincere.

Booysen said Ramaphosa must find a “remarkable” solution to act on land reform while also addressing electorate priorities of building the economy and reducing unemployment.

Ralph Mathekga, a fellow at the South African Research Chairs Initiative at the University of Johannesburg and author of When Zuma Goes, says the disclaimers in the ANC policy, the result of a compromise, make it difficult for the party to take rapid action and the ANC is unlikely to make any firm moves.

“It does not necessarily mean for them to gain [in 2019] they must take action. They can just ramp up the lip service,” he said. While Ramaphosa, whose allies appeared to be firmly against expropriation without compensation, may choose to delay any action on the resolution, the ANC policy will increase public calls for radical transformation.

Mathekga noted how the Economic Freedom Fighters (EFF) responded to Zuma’s free higher education policy. Doubting his commitment, or suspecting the ANC or government was not ready to implement the sudden announcement, the EFF has applied pressure that will either force the ANC to act or be exposed as disingenuous.

“The real question is, how seriously do they take it as a policy issue?” commented University of Western Cape Professor Ben Cousins, co-editor of Land Divided, Land Restored: Land reform in South Africa for the 21st century. “They’re trying to finesse it, but it’s an either or, either pay compensation or you don’t. There’s no fudging it.”

There are strong critics of land expropriation without compensation within the ANC, who favour reforms to the current system without sacrificing economic stability, said Cousins, who will likely win the day.

“One has to bear in mind this was a political moment. It was clearly a bargaining chip between the factions, he said. “But it’s anyone’s guess which way it goes.”

If Ramaphosa pushes the policy, Cousins said he must appoint a new minister of rural development and land reform, increase the department’s budget, and put significant work into policy development to improve the ineffective system.

The ANC has a history of not implementing conference resolutions. The “willing buyer, willing seller” model was widely criticised for over-compensating white land owners who sold land to the government. In 2007 at Polokwane, the ANC decided to pay “just and equitable” compensation but little has been done to implement the policy, which was widely supported.

There will be fierce resistance if Ramaphosa and his ANC leadership pushes for expropriation without compensation.

Kallie Kriel, CEO of Afrikaner interest group Afriforum, said members “will not sit back and watch while their properties are being stolen”. Agri SA said it would amount to “economic suicide” and called for discussions with the ANC. The Democratic Alliance said it will resist any attempt to amend Section 25 of the Constitution.

The ANC could introduce land expropriation without compensation by changing the Constitution through voting with the EFF in Parliament. While that move may be unlikely, the party will have to act on land reform or further risk alienating voters. DM

Photo: A protestor holds stones to throw at police forces during a violent service delivery protest in Ennerdale, Johannesburg, South Africa, 09 May 2017. The local community took to the streets blocking major roads in a second day of demonstrations as they protested a lack of housing and land for their community. EPA/KIM LUDBROOK