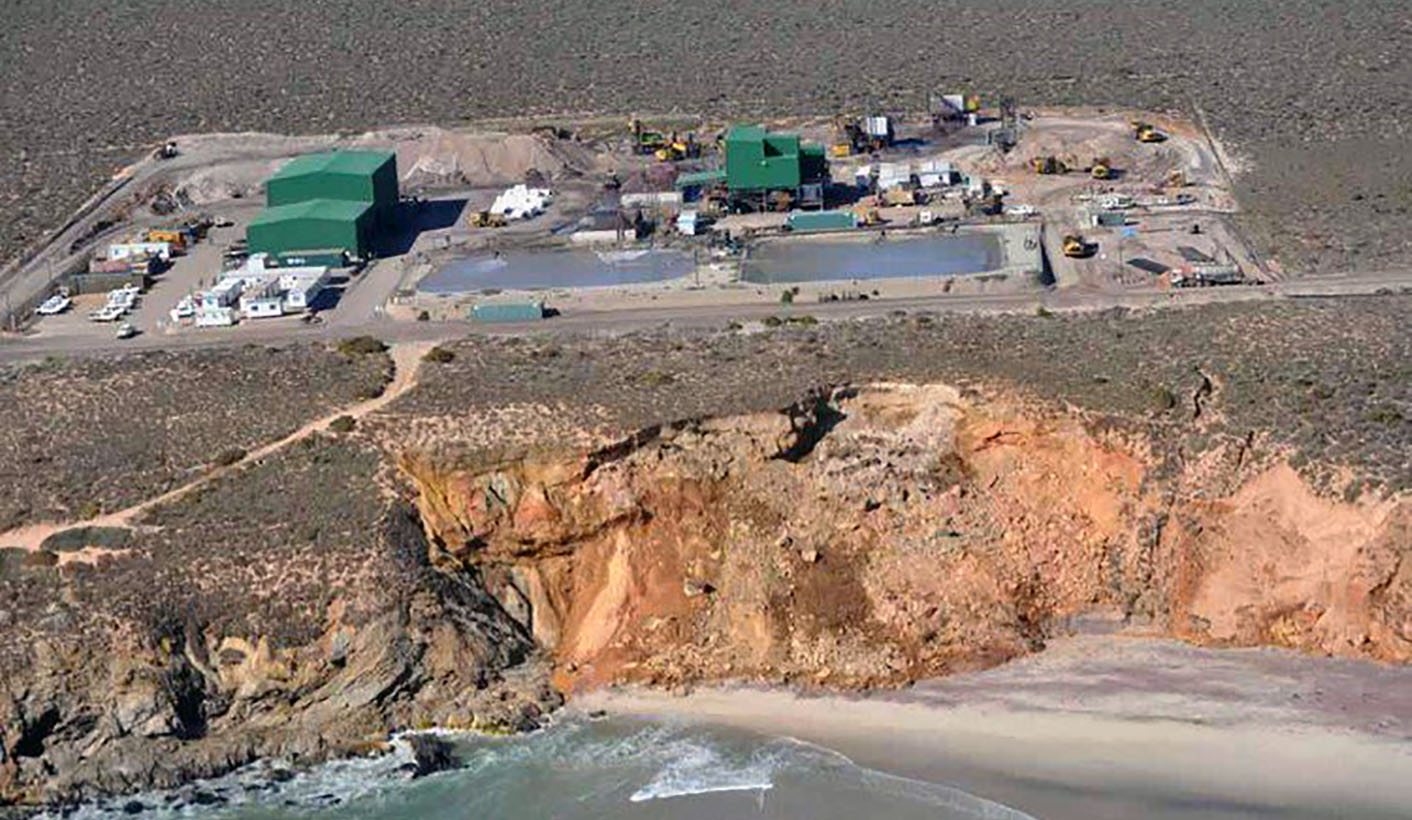 Despite an application being rejected, an Australian company has already begun clearing vegetation without permission. By John Yeld for GROUNDUP.

The government has rejected an application by a controversial Australian mining company for a huge expansion of its existing Tormin heavy mineral sands mine near Koekenaap on the West Coast.

Reasons for the refusal by the Department of Mineral Resources (DMR) include that the mining company, Mineral Sands Resources (MSR), had already unlawfully started work on certain “listed activities” ­– potentially environmentally-damaging activities that require pre-approval in terms of national environmental management regulations – before submitting its application.

Also, MSR had submitted an incomplete application by not identifying all the listed activities triggered by the proposed project.

Tormin is a relatively small but high-grade mine some 400km north of Cape Town. It has been in operation since October 2013, produces heavy sands minerals from the beach. These include zircon, garnet and titanium minerals rutile and ilmenite.

Last year, MSR successfully asked the Western Cape High Court to set aside a warrantused in a September 2016 search-and-seizure operation at the mine by government environmental officials. Led by the Green Scorpions, the officials were investigating complaints of alleged environmental mismanagement and illegalities in mining operations – including management’s role in the collapse of a huge sea cliff directly in front of the mine (see photo).

On 21 April 2017, shortly after its court action had been concluded, MSR launched its proposed expansion project through a formal application to DMR.

Currently holding two mining rights covering 200 hectares, it applied for authorisation to expand into another 148 hectares in three sections: 43.7ha of mining on ten beaches north of the existing mine; an inland mining area of 75ha on its Geelwal Karoo farm; and an infrastructure expansion area of 29.2ha adjacent to the existing processing plant.

Proposed listed activities included a desalination plant; upgrading of existing access roads and construction of new roads; excavation and removal of sand from 10 beaches; the installation of an anchored platform on the seabed; clearing 75ha of natural vegetation; the development of a dam; the disposal of slimes, effluent and waste water; and construction of associated bulk infrastructure.

A scoping report is the first step in the formal environmental impact assessment (EIA) process. According to the executive summary of the Final Scoping Report in June 2017, MSR wanted to extend Tormin’s footprint to ensure the mine’s viability into the future. Refusing the application would have “major implications” and would “probably entail the closure of the mine”, it claimed.

However, on 22 November last year, DMR refused to issue the required Integrated Environmental Authorisation for the proposed expansion of the mine.

Giving reasons for its refusal, DMR said it was not satisfied with the way the EIA had been conducted or with the mining company’s level of compliance with legal environmental requirements.

A site inspection by DMR’s staff on 6 November 2017 had revealed that the mining company had contravened the National Environment Management Act (NEMA) by unlawfully starting work on listed activities. In other words, it was already doing some of the things it was applying for authorisation to do. This had included clearing natural vegetation on “a large portion” of the proposed 75ha mining area on Geelwal, and building a water reservoir and pipeline to the processing plant within the proposed expansion application area.

DMR also said that the mining company and its environmental assessment practitioner who had conducted the Scoping Report had not disclosed information about these NEMA contraventions to the department, other state organs or the public.

DMR pointed out in its refusal letter that, in terms of Section 24G of NEMA, the mining company was entitled to apply for “rectification of unlawful commencement of the listed activities” by applying to the minister, and paying an administrative fine and submitting impact assessment reports “as determine by the department”.

Section 24G provides a way for companies to legalise an otherwise unlawful act, after it has been committed. It is highly controversial. It has been criticised as a legislative anomaly that has the potential to significantly undermine environmental protection in South Africa.

Asked by GroundUp whether the mining company wished to comment on the refusal of the expansion application, MSR spokesperson Anne Dunn said the company had “no response”.

However, MSR parent company Mineral Commodities Ltd reported in December that it was assessing the reasons for the refusal and was considering appealing.

It also reported meeting a sub-committee of the South African government’s Minerals and Petroleum Board to request assistance.

The Board was appointed by Mineral Resources Minister Mosebenzi Zwane in terms of the Minerals and Petroleum Resources Development Act to advise him on any relevant matters, including “the sustainable development of the nation’s mineral resources”. DM

Photo: This cliff at the Tormin mine on the West Coast has collapsed. File Photo (from February 2015) supplied.