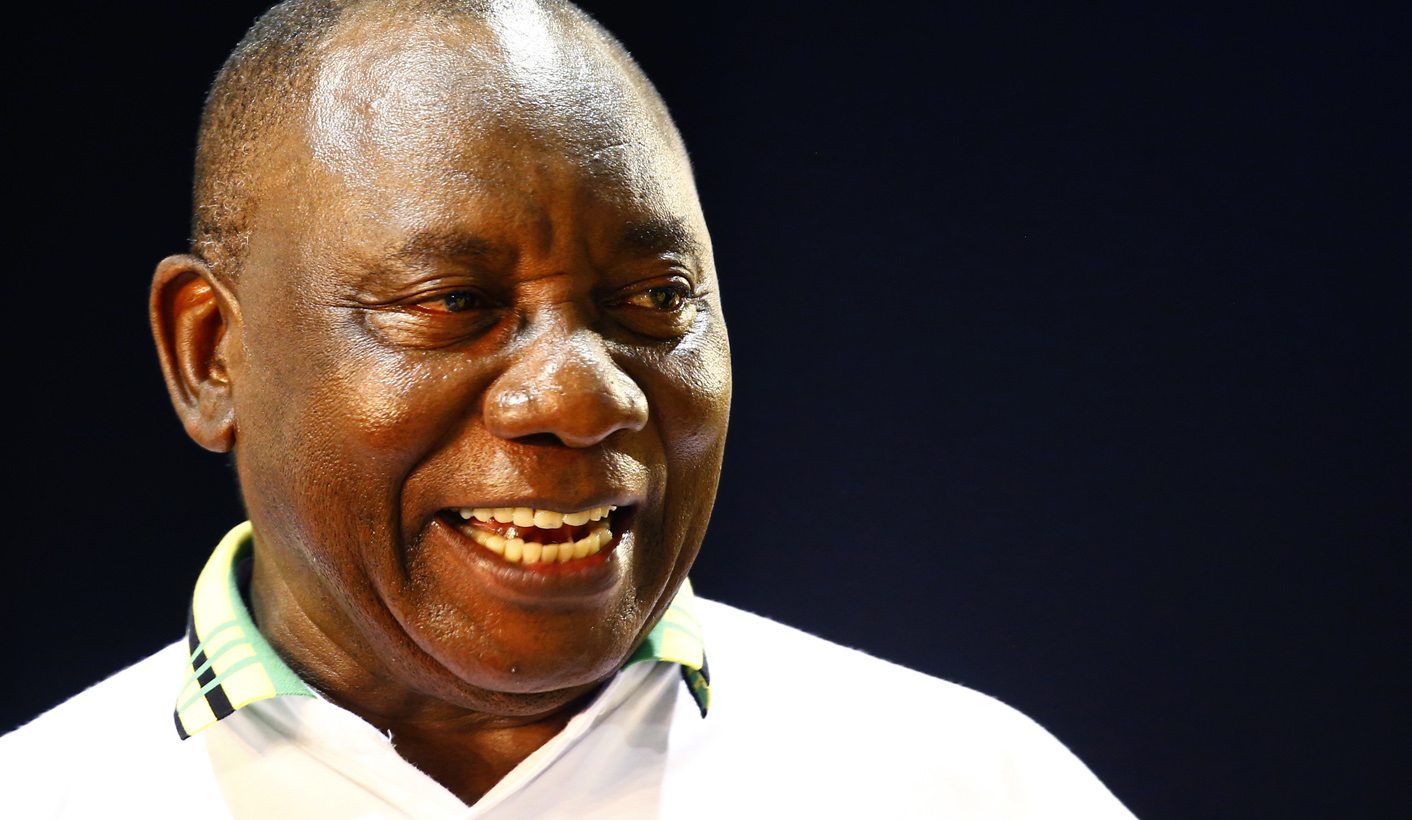 ANC leaders made much of unity at the party’s first-of-their-kind birthday celebrations on Monday, ahead of a meeting by the newly-elected national executive committee where the ousting of President Jacob Zuma is almost certain to be raised. With one of the most powerful leaders in the party behind this push, it now seems like it might only be a matter of time. By CARIEN DU PLESSIS.

Just this weekend past, ANC deputy president David Mabuza paid President Jacob Zuma a visit in KwaZulu-Natal to ask him to resign. Zuma, however, refused, but Mabuza, who has a reputation for micro-management and his ability to execute a campaign with precision, isn’t going to take this lying down.

As party leaders dispersed across KwaZulu-Natal and the Eastern Cape on the party’s actual 8 January birthday on Monday to mobilise support and celebrate, calls for unity reached a crescendo. This was the sound of Mabuza’s campaign in the run-up to the party’s conference last month at the Nasrec Expo Centre, more than it was of Ramaphosa’s campaign, which centred mainly on the anti-corruption message.

Mabuza, who has grown Mpumalanga to become the second-biggest provincial power within the ANC, is arguably the most powerful leader in the ANC right now for the way he engineered his rise. He appeared on failed presidential contender Nkosazana Dlamini Zuma’s slate even though he refused to take sides in the battle, eventually emerging on a leadership line-up under Ramaphosa.

The ANC’s birthday celebrations, which ranged from wreath-laying at the graves of former presidents in KwaZulu-Natal by officials to mobilisation programmes in communities around the Eastern Cape, culminated in a cake-cutting ceremony in the East London City Hall on Monday night, attended by NEC members, party activists, organisers and members.

As always, the cutting of the cake so big it could feed at least half a dozen fat cats is used as a show of unity, with all six leaders grasping the knife with which they cut the cake into smaller pieces. Mabuza proposed a toast, with the emphasis on unity.

Just before that, Ramaphosa spoke for about 30 minutes, introducing the newly-elected ANC leadership to those present – and to the rest of the world watching the party’s live stream on its Facebook platform.

He sold the new leadership as a new beginning for the party, and also cast an eye towards the elections in 2019.

“In a long time we haven’t had such a special and wonderful birthday like this,” he said, “and today we are having it in the province of legends.”

He explained that the birthday was conceptualised by the party’s new leadership, who decided to “let it be a special one” by going to the graves of former leaders to lay wreaths. On Monday the leaders did this in KwaZulu-Natal, and on Tuesday they plan to go to several graves in the Eastern Cape, including that of former president Nelson Mandela (2018 will, incidentally, also be declared by the party as an anniversary year to celebrate his life).

The wreath-laying also emphasises the continuity of leadership in the party, and of validating Ramaphosa’s election.

He is still regarded with suspicion by many of the party’s old guard for never having gone into exile or serving extended periods in prison for his politics.

The uMkhonto weSizwe Military Veterans Association’s Kebby Maphatsoe rubbed this in at a press conference at the party’s Luthuli House headquarters on Monday – by saying calls for Zuma to step down was part of a “regime change agenda” from people outside the ANC – an “agenda” associated with Ramaphosa and his supporters.

Maphatsoe also, almost threateningly, said Zuma’s recall could be bad for unity in the party, implying some would revolt or try to split off. This perhaps explains why the ANC’s current campaign of unity is pushed so fiercely.

Ramaphosa, in his birthday speech, took time to emphasise that the new leadership wasn’t “a factional national executive committee”, but a “united and unified” one.

Delegates at the Nasrec conference decided very clearly that “the leadership must be crafted the way it is, and you must accept it, whether you like it or not,” he said.

Ramaphosa said that, from this united leadership, “we are going to forge unity” and the party would “make sure this leadership speaks with one voice”.

Featuring prominently at Monday’s birthday celebrations were some of the leaders that ran for top six positions but lost, including Dlamini Zuma, Arts and Culture Minister Nathi Mthethwa, and Human Settlements Minister Lindiwe Sisulu. Zuma, who is now an ex-officio member of the NEC, wasn’t spotted. Not only is the unity campaign aimed at ousting Zuma, it’s also the kind of unity that Ramaphosa no doubt also hopes will win the party a strong support again – he was speaking of the magical, Constitution-amending figure of two-thirds – majority in the 2019 elections.

These were only about 16 months away, he warned.

“The ANC must be effective and impactful enough to win the 2019 elections,” he said, adding that the ANC wanted a “decisive victory so that all and sundry can see the ANC is determined to push ahead with the policies we adopted in our conference”. Radical economic transformation (Dlamini Zuma’s campaign slogan and therefore another attempt by Ramaphosa to speak unity) must be implemented, he said, whether people like it or not.

“We are putting the building stones in place to ensure there is maximum unity in the ANC,” Ramaphosa said. “Unity is not an option, it is not a choice, it is a must for all of us as members of the ANC. We therefore have to hold each other’s’ hands and unite our movement. This is going to be the running theme the whole year,” he said, adding that the party would go to all the provinces to preach this gospel. “United we stand, divided we fall,” he concluded.

As for the calls for Zuma to step down, the party’s NEC has discussed Zuma’s resignation as president several times in the past few years, but this push failed to get majority support.

Maphatsoe could be right when he implied that a decision by the NEC for Zuma to step down could be divisive, which is perhaps why the current leadership is attempting to counter it by using the newly-forged unity in the party to force Zuma to step down “voluntarily” instead. Some in the NEC have already said, however, they would raise the issue at the committee’s first meeting on Wednesday.

Within Ramaphosa’s camp there is a feeling that Ramaphosa himself would step up to fill Zuma’s space once he’s gone, which means that Mabuza can move in to become deputy president even before his second and final term as Mpumalanga premier is out.

That in itself implies that there’s a strong personal incentive for Mabuza to push this unity-and-Zuma-must-go campaign. It has now become a question of not if, but when Zuma will go. Economic Freedom Fighters (EFF) leader and occasional prophet, Julius Malema, has ventured a guess that this would be before the end of 2018. By the looks of things, one or two court cases will have to run out before Zuma’s fall could finally come to pass. DM