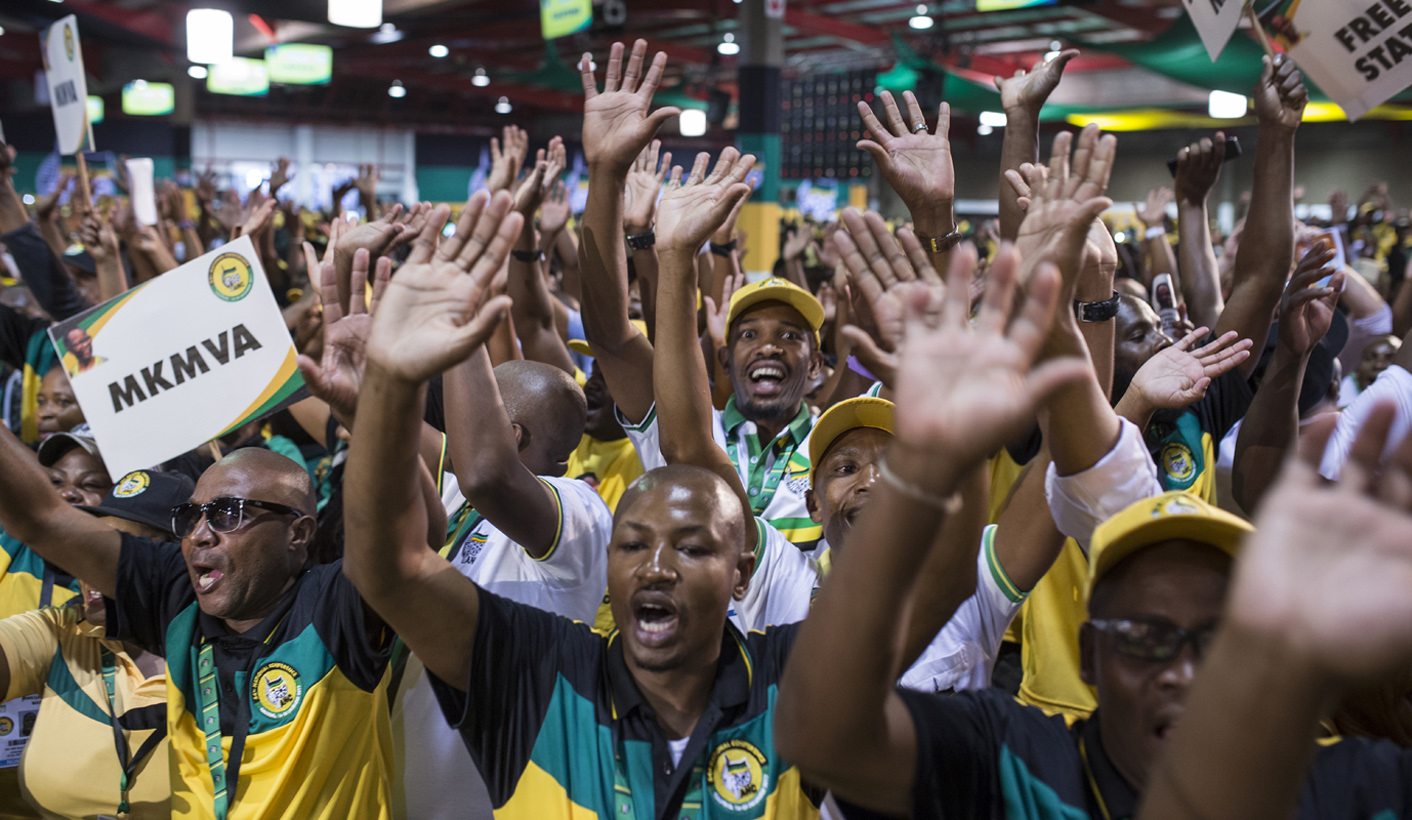 As per common practice since the ANC came to power, the branch general meetings (BGMs) were convened across the country to elect the delegates to the Nasrec Elective Conference. However, this occurred with some branches not quorate – without informing branch members as part of the gatekeeping process.

This gatekeeping allows particular slate members to convene a BGM without informing rival slate members, so as to avoid competition for delegate elections. In some cases, real BGMs are not even held, but warlords nominate bogus delegates, with fictitious members’ names on the attendance registers, sometimes including the names of former members who are deceased. Unless challenged in court, the ones who are nominated pass through as delegates and attend elective conferences where they vote for their respective slates.

These fraudulent BGMs lead to legal challenges, as happened in KZN, were the Pietermaritzburg High Court annulled the election of Sihle Zikalala and his provincial executive committee (PEC) which was aligned to the Dlamini Zuma slate. The court restored the Senzo Mchunu slate affiliated to Ramaphosa.

It was a similar process in the Free State, where provincial premier Ace Magashule convened an illegal PEC conference that was annulled by the courts. For Ace Magashule, this was a repeat of what had happened before the Mangaung Elective Conference in December 2012, when the Constitutional Court annulled the results of Free State branch delegates after Mpho Ramakatsa took the matter to court.

In May the next year – just five months later – Magashule and Mosebenzi Zwane (born in Free State, and since 2015 Minister of Mineral Resources) funded the Guptas’ wedding at Sun City with taxpayers’ money destined for Vrede Farm in the Free State, through an unknown company, Estina. These are the people elected into ANC leadership positions by the delegates at Nasrec Elective Conference! So much for the judgement of the branch delegates.

By a very narrow result in conflicted and suspicious circumstances, Magashule has now become ANC kingmaker for the whole nation, as secretary general based in Luthuli House.

We then visit the North West province under fellow Zuma deployee, Supra Mahumapelo, where the Bojanala Regional Elective Conference in September this year was likewise annulled by the courts, ruling that ANC members deployed at Bojanala could only attend the Nasrec Elective Conference as observers. Nearly in all provinces there are ANC structures that floated the ANC constitution. This all happens because the ANC president is number one law breaker and he cannot discipline anybody when he himself is not disciplined.

The most important internal ANC policy document is Through the Eye of the Needle, and if it were followed, all these legal cases would not exist. But no ANC structure follows this policy, including most of the branch delegates who attended the Nasrec Conference, resulting in delegates who voted for such leaders such as Ace Magashule, Faith Muthambi and Bathabile Dlamini. This is how low the ANC has sunk. The office of Sol Plaatje and Reverend James Calata is going to be manned by Ace Magashule. What a dichotomy.

Few resolutions taken at various policy and elective conferences are implemented, and the rest are ignored, such as Through the Eye of the Needle, which is there only on paper. ANC constitution clauses with regard to branch general meetings (BGMs) for electing delegates to elective conferences are violated every five years, and end up being resolved by the courts.

The most important resolution of the Nasrec Elective Conference is about the establishment of the state capture inquiry. It was not surprising that before the week ended, President Zuma had challenged it in court, disregarding the resolutions of the conference. The new ANC leadership under Ramaphosa must act, or else it will be irrelevant or just another dummy NEC, dormant as the ANC is being destroyed in front of members’ eyes.

The Nasrec conference was presided over by an ANC electoral commission that placed 68 ballots in whatever location was known to them only. One wonders: where were the two observers per province? Were they all sleeping when these ballots were miraculously placed at that unknown place and could not be counted with other ballots? This ANC electoral commission leaves much to be desired.

The conference elections at Nasrec appear to be baked, with almost 50-50 support for Ramaphosa and Dlamini Zuma, despite polls showing overwhelming opposition to Dlamini Zuma – seen as proxy for her ex-husband – across the country.

It was shocking to observe that there are ANC branch members somewhere in the country holding Magashule and Muthambi in high esteem, despite their shameful performances in public life.

The question is: does Ramaphosa have the courage and the will to demand disciplined behaviour from all ANC members, starting with his colleagues in the NEC? Does he have the courage to fight corruption? Will he appoint competent ministers, director-generals and directors of State-Owned Enterprises?

One thing clear is that the image of ANC is in tatters. To recover it, Ramaphosa needs to convince the South African public by words and actions that he is fighting corruption tooth and nail. The public know there is corruption. They live with it every day. The new ANC leadership must demonstrate by its actions that it is doing everything possible to fight this scourge.

The Nasrec conference missed the opportunity to resolve and remove president Zuma from office. But with 50-50% support between Ramaphosa and Dlamini Zuma, and with the election of Magashule as kingmaker, it is not surprising that Zuma continues to hold a very powerful hand over the current NEC.

He will continue doing more damage to the ANC as the new leadership procrastinates over his recall from office – if they ever have the courage to do so. DM

Omry Makgoale is a rank and file member of the ANC. He writes in his personal capacity.